The University of Miami women’s soccer team (10-8-3) will make its second consecutive appearance in the NCAA Tournament against Central Florida (13-5-3) at 6:30 p.m. Friday in Gainesville, Fla.

Unfortunately for the Hurricanes, the result remained the same as Miami (10-8-3) fell 1-0 to the Tar Heels (17-1-2) Wednesday afternoon in the quarterfinal round of the ACC Tournament.

Through 83 minutes Sunday afternoon in Chapel Hill, the women’s soccer team held its own against the second-ranked North Carolina Tar Heels.

Canes get back on track, earn win and tie at home

It’s been quite a rollercoaster ride this season for the University of Miami women’s soccer team.

After starting the year with a seven-game winning streak, the Hurricanes suffered an eight-game winless skid.

This weekend at Cobb Stadium, however, Miami (9-6-3, 2-4-2) reasserted itself as a force to be reckoned with in the Atlantic Coast Conference.

Cane battles back from lost season

Junior midfielder Paulelett Ricks-Chambers looks to return and make a big impact in 2008.

Skid continues as soccer team loses two on the road

The rough patch continued for the women’s soccer team this past weekend as it lost both of its conference road games at Boston College and Maryland.

Miami soccer hopes to turn around a recent slump as the difficult ACC schedule continues.

Two goals in the first thirty minutes put the Canes in a hole they couldn’t climb out of, as the Cavaliers left Cobb Stadium with a win, 2-0. 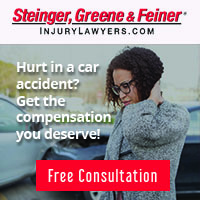