The GOP and I have a serious problem. It’s laughable that Mitt Romney believes he has the right to control my body. It’s astounding that Todd Akin, a GOP representative, thinks the female body has a way to “shut the whole thing down” if “legitimate rape” occurs; never mind what constitutes legitimate rape. But it’s…

I’m not a smoker and I fully support helping people quit the habit, but the graphic images slathered on cigarette boxes are just ridiculous. I understand – it’s an emotional appeal urging Americans to save their lives. However, this is an irrational approach for convincing people to quit smoking. Smokers aren’t just doing it for…

If you hate the new parking permit system, you are not alone. The new UM parking program is basically engineered to ensure only a limited number of good spots. The six types of permits are separated by color: purple, red, yellow, green, gray and blue. You’d assume that there would be enough spots by your…

The future doesn’t look promising right now. Unemployment is at an all-time high with 14 million people jobless and 25 million unable to find full-time jobs. President Barack Obama recently proposed the American Jobs Act, which would create 1.9 million new jobs and a one percent drop in unemployment rates by the end of 2012….

This isn’t a discussion on the NCAA investigation into our football program. Although this is a serious situation, people may be overreacting. This is a university built on more than just football. The fall season does mean ‘Cane pride for most UM fans. Lately, there’s been a grumble about what will happen if we lose our program, regardless…

Calm your nerves, find your niche

Yet again, a new year has started. Campus is teeming with excitement and anticipation for the fun times that lay ahead. As a freshman, it can seem overwhelming and there is plenty of different advice for how to adjust to college life. I remember the nervousness well (considering just a year ago I was in…

Many college students follow seemingly impossible dreams. They want to become a successful signed and recorded musician, a big-name player in the entertainment industry or a millionaire even before graduation.

The Knight Concert Hall at the Adrienne Arscht Center lit up last night with a hip young crowd of film lovers. Over three and a half hours, 23 short films were premiered.

About 20 of them were commissioned by Borscht for Borscht. The films ranged in topic, genre, and length, anywhere between one minute and 20. 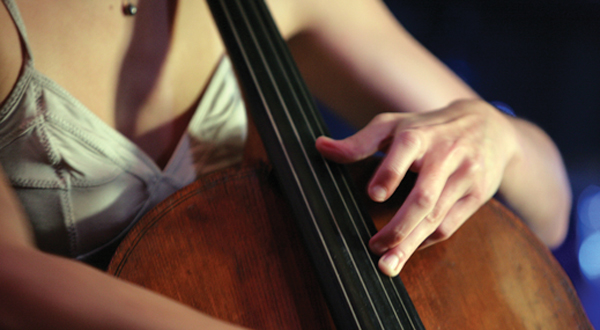 Since 1993, UM has had a student run record label through the Frost School of Music. In the past 18 years, ‘Cane Records has released over 17 albums, collaborated with countless artists, produced many shows and raised a significant amount of money through sponsors.

Feminists still have a purpose

I am tired of people saying that feminists don’t have a purpose anymore. I am tired of hearing that I am not a feminist because I embrace my femme side so often. Most of all, I am tired of trying to explain it.

Another budget crisis on the horizon

A week ago and some days, the U.S. government narrowly avoided a shut down. Thanks to the great state of bipartisanship, congress was in a gridlock over spending. Luckily, we’ve moved past that crisis with short-term spending bills and agreements over the budget.

Anyone who has visited SeaWorld in Orlando has seen the famous killer whale routine. You will “oh and ah” as you witness an animal over 12,000 pounds flip out of water, swim in majestic ways, and hoist trainers up on his beak. It is easy to forget in this moment that these creatures are kept in unnatural environments.