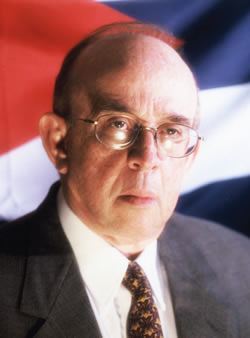 Jaime Suchlicki, an Emilio Bacardi Moreau Distinguished Professor of History and director of the Institute for Cuban and Cuban-American Studies (ICCAS) at UM, made the list of “Top 100 Latinos in Miami.” The selections were made by the Fundacion Fusionarte of Spain, a prominent group specializing in European, Latin American and American minorities. After years of honoring Hispanics in Spain, Fusionarte decided to continue the tradition in Miami and solicited the help of a group of community leaders and businessmen within the Miami area.