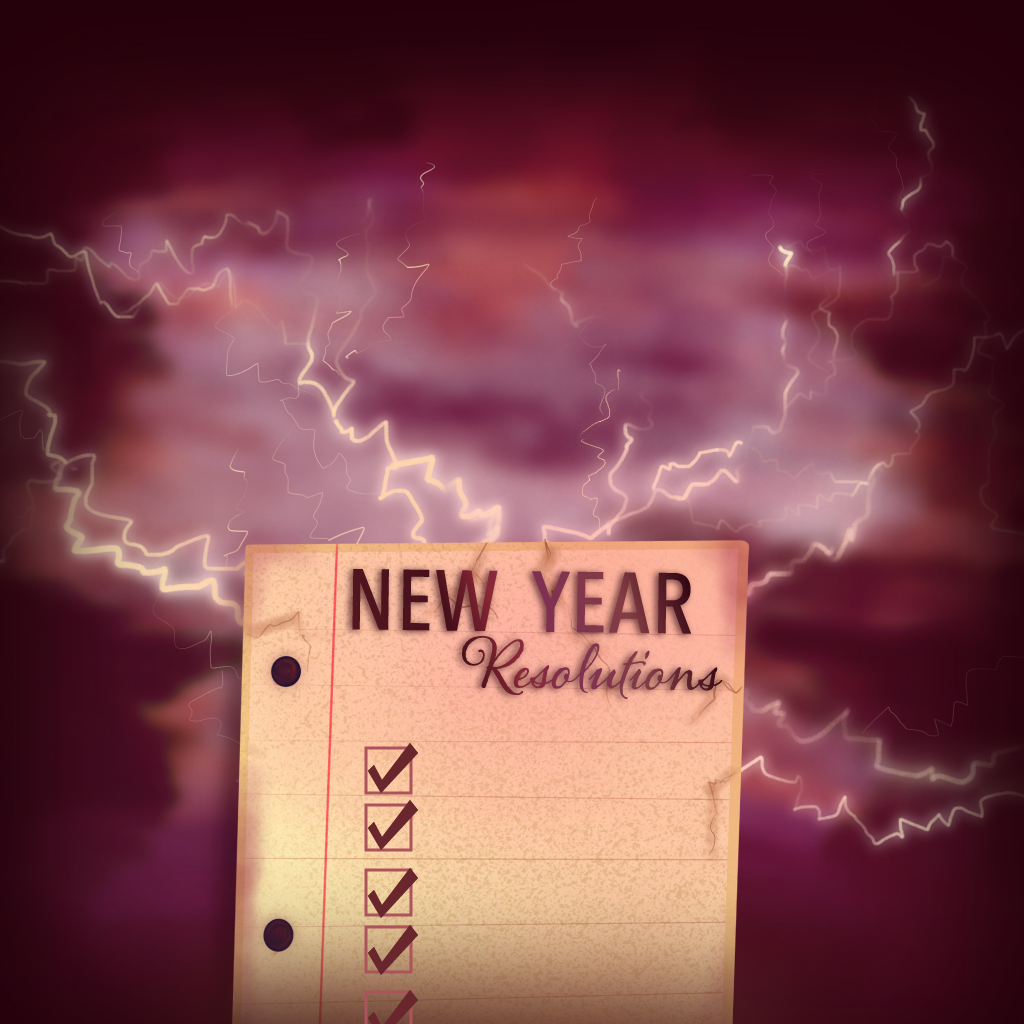 The new year is a chaotic time. For me, it includes a disordered sleep schedule, fighting off a sugar-high from holiday desserts and black-eyed peas — not the singing group, but the atrocious legume that supposedly brings good luck. The holiday break madness concludes with the inevitable question: what are your new year’s resolutions?

While the new year is a great time to reflect on the past 12 months and plan for the next, society’s expectation that everyone should make resolutions that revolutionize their lives leads to a cycle of setting and forsaking unattainable goals.

No one wants to be perceived as lazy or uninterested in ‘becoming the best version of themself,’ but many set goals just to fit in rather than because they are intrinsically motivated to achieve those things. Especially around the new year, people take to social media and post their plans for the year and it can feel like resolutions are more of a display to impress others than a metric of personal growth.

New year’s resolutions are also notoriously unsuccessful because the excitement and buzz around achieving these goals disappear as January ends. Studies show that 80% of people will abandon their resolution by February and only 8% of people follow through for the whole year.

Setting New Year’s resolutions has become a group activity, so as large parts of the population begin breaking away from their new habits, the rest of the group naturally follows. There is no societal shame or penalty for giving up because as people forget about their own goals, they forget to hold others accountable for theirs. All that remains is an individual sense of guilt for not following through and the feeling that one should be doing more. There is little benefit to this short-lived commitment and in some cases, it can be detrimental to self-confidence and mental health.

Throughout the years, many of the same resolutions remain popular. According to a 2023 survey, this list includes exercising more and eating healthier with 40% of people listing weight loss as one of their resolutions. Weight loss programs such as Nutrisystem or Weight Watchers capitalize on people’s eagerness to finally achieve their dream body. Research shows that advertisement spending in the weight loss sector is about $62 million in the fall months but leaps to approximately $273.4 million in December through mid-January.

The pressure to create New Year’s resolutions makes the public more susceptible to advertising at this time of year. Corporations recognize that advertising has more payback when people are actively seeking out ways to help them achieve their goals.

From a business perspective, it is undoubtedly strategic to target ads during this time of year, but there is a serious ethical dilemma. These ads typically project the idea that a specific body image equates to success. Pictures show extreme amounts of weight loss with small disclaimers listed at the bottom that the results were based not only on the program but on other lifestyle changes. Some companies have been caught photoshopping images of models to market their product. Disclaimers and edits can easily go unnoticed and their impact on the results is understated.

It is misleading to claim that a product or program is an effective way for everyone to lose weight when in reality changes in body composition vary by a multitude of factors. This can encourage people to develop unhealthy habits to achieve their goals when the product or program does not work for them or it can lead them to drop their goal altogether. For those already struggling with

an eating disorder, the pressure created by commercial and societal forces to resolve to lose weight can be mentally exhausting.

Some resolutions are less mentally taxing but still fail to be effective because of their lack of specificity. Another set of popular resolutions include financial improvements. 39% of people resolved to save money in 2023, but without developing a specific plan, this goal will be hard to achieve. This resolution requires knowing what areas one wants to lessen spending in and is too broad of a claim to carry out without being specific. The same is true for resolutions about spending more time with friends and family. There must be a plan for how to maximize time with loved ones while balancing life’s responsibilities. Goals such as these require a bit of planning, but with the buzz of making a bold New Year’s resolution, the planning is usually swept under the rug. Most people are not thinking of how to maintain their resolutions nor are they asked to explain that aspect. They simply want to present a bold statement that sounds impressive.

This article is not meant to discourage you from setting goals at the start of the year but to encourage you to only set a goal if it is truly meaningful to you. The start of a calendar year is a great time to develop new habits, but it is not the only opportunity for a fresh start. Everyone operates on a different timeline, so whenever the time is right for you to pursue new life changes, that is when you should pursue them.

January is winding down and if you find yourself not achieving the goals you made for yourself, do not stress. Facing setbacks when working toward a goal does not taint the remainder of the year and it might even be helpful to break down goals into smaller phases to make them more attainable.

New peer educator, Jonathan Jean Charles, from the University of Miami’s Counseling Outreach Peer Education (COPE) program, said, “Block time out of your days to reflect on your failures and the lessons you learned from them. Also, try to encourage positive self-talk while pursuing your goals.”

There is no pressure to share your goals with others. Whether you make your goals public or keep them private, achieving effective and lasting results come from you. Even though society deems the New Year as the only time to make resolutions, there is no deadline for self improvement. What really matters is the passion you have for bettering yourself and the strategies you employ to achieve your goals.

Sabrina Wilson is a freshman from Winfield, Kan., majoring in Broadcast Journalism.