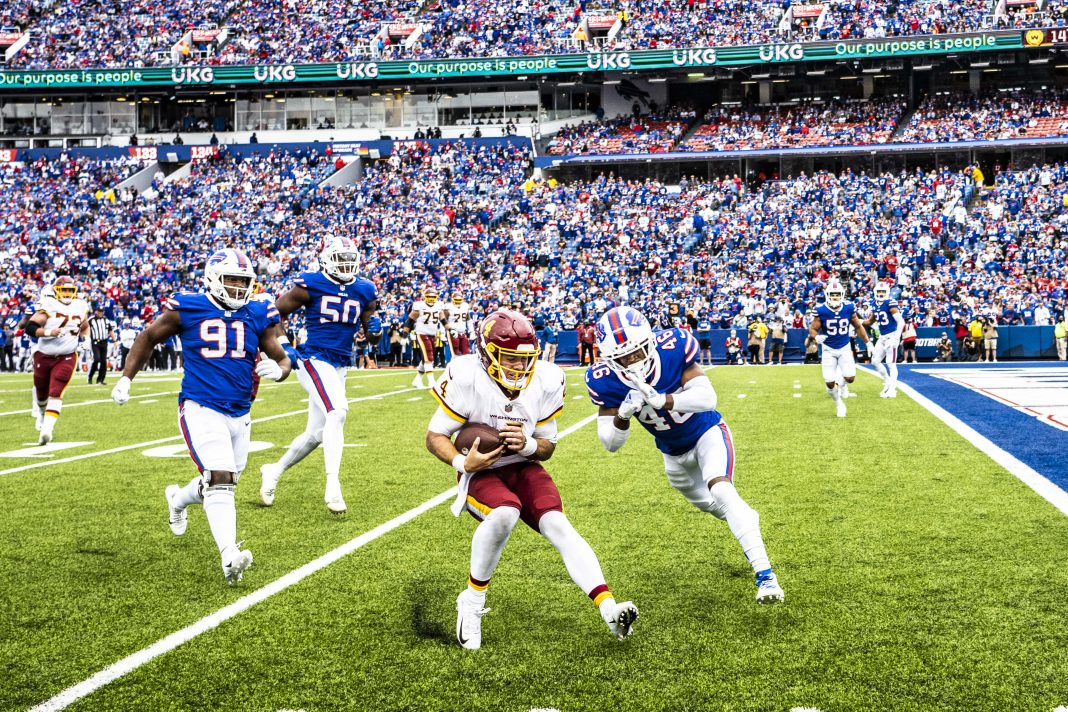 Over the last few decades, the University of Miami football program has developed a reputation for producing high-level NFL talent. Between 1970 and 2017, the Hurricanes had the third-most first-round picks, with only the University of Southern California and Ohio State ahead of them.

Although the ‘Canes have struggled to produce as a team this season, many former players are finding great success individually at the next level.

Below is a list of former Hurricanes who have been key contributors to their NFL teams through the first nine weeks of the season.

Phillips was selected in the first round of the 2021 NFL Draft. After getting off to a slow start in his rookie year, he finished the year strong.

The linebacker had a similar start to this season. Through the first four games, Phillips only had six tackles, one sack and one fumble recovery.

In the Dolphins’ Week 5 game against the New York Jets, Phillips’ production finally showed up on the stat sheet.

Since this week, Phillips has combined for 22 tackles, two sacks, a fumble recovery and a blocked punt that was returned for a touchdown. He also has been seen chasing down the back end of plays in situations where the edge rusher is normally out of the play.

Phillips has become a key contributor to the Dolphins’ defense and will be vital to their success going forward.

Just two years ago, former first-round pick David Njoku requested a trade out of Cleveland. This past offseason, the former ‘Cane signed a hefty four-year contract to stay with the Browns for the foreseeable future.

Njoku got off to a slow start in the 2022 season, registering just four catches for 39 yards through two weeks.

In Week 3, Njoku found his stride, hauling in nine catches for 89 yards and a touchdown.

Between Week 3 and Week 7, Njoku caught 30 passes for 379 yards. He had at least three catches and 50 yards in each of those games.

The sixth-year tight end has missed the last two games with an injury and has been ruled out for Week 10, but he will be a crucial part of the Cleveland offense when he returns.

Campbell has terrorized NFL defenses since his first season with the Arizona Cardinals in 2008, and this year has been no different with the Baltimore Ravens.

The 6-foot-8 defender has totaled 23 tackles and 3.5 sacks in eight games played this season.

He is only three sacks away from reaching 100 total over his career, which is a number that only 40 defenders have reached since tracking of the statistic began in 1982.

Campbell recorded two tackles and 0.5 sacks against the New Orleans Saints in Week 9. He also deflected one pass, which is the first time he has done so this season.

Rousseau, like Phillips, was taken in the first round of the 2021 NFL draft. After an impressive rookie season, the defensive end has continued to find success during his sophomore campaign.

According to Pro Football Focus (PFF), Rousseau has six sacks through eight games this season, already surpassing the four sacks he had during his rookie season. If Rousseau continues at this rate, he’ll reach double-digit sacks by the end of the season.

Rousseau is expected to miss Week 10 with an injury, but the Bills will be looking forward to having him back on their defensive line when he is ready to return.

After starting his career with the Chargers in 2018 and spending his first three seasons in Los Angeles, the “Money Badger” made stops in Tennessee and Indianapolis in 2021.

Badgley was a free agent at the beginning of this year before the Chicago Bears signed him to play a game for them.