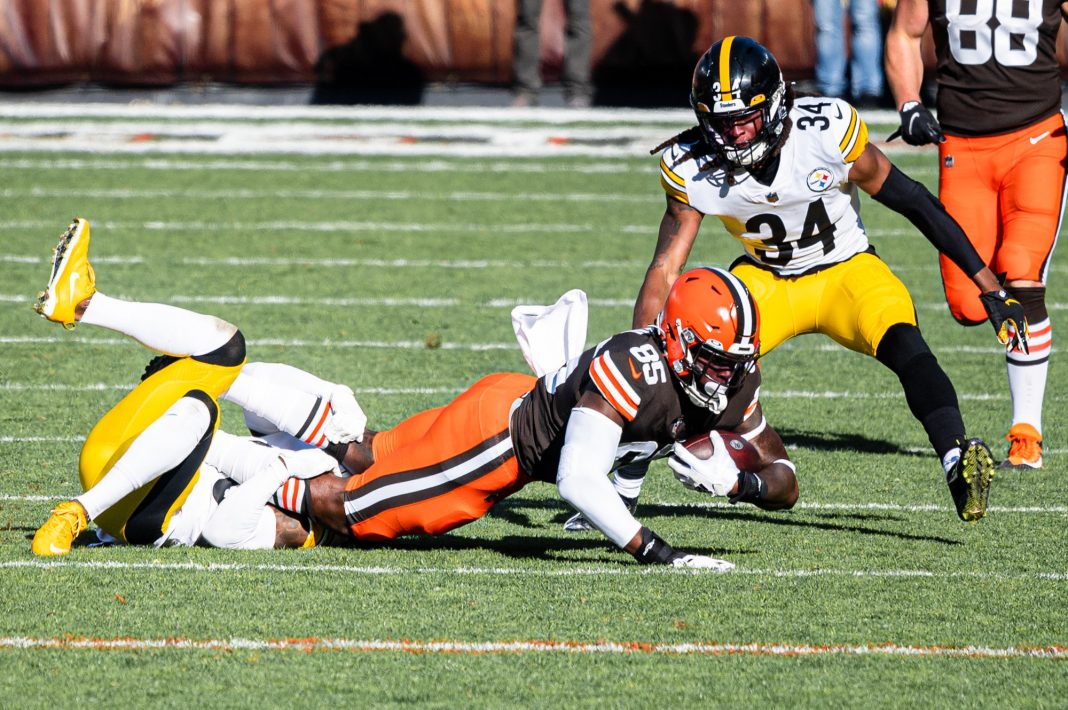 Another week went by in the NFL. That means fans witnessed another week of former Miami Hurricanes football players making an impact around the league.

Here is a list of players who put together a note-worthy performance in Week 5.

The former Miami linebacker is in his eighth year in the NFL and continues to be a tackling machine.

Perryman was making plays all over the field in the Raiders’ Monday Night Football matchup against the Kansas City Chiefs. The veteran totaled eight tackles, one of which was for a loss, a sack and a QB hit.

Although the Raiders lost, Perryman’s effort on defense was a reason the Raiders stayed in the game until the end.

Osborn was selected in the fifth round of the 2020 NFL Draft and has found himself a steady role in the Vikings offense. Osborn has had numerous big games for the Vikings, and he finished 2021 with 655 yards and seven touchdowns.

On Sunday, the former ‘Cane hauled in five passes for 41 yards, including a key 3rd-down conversion that led to a Vikings touchdown. Minnesota held on to its lead against the Chicago Bears and went on to win, 29-22.

Although Berrios is a receiver, that is not the position where he excelled in Week 5. In Sunday’s matchup against the Dolphins, Berrios impressed on the ground and on special teams.

In the fourth quarter, Berrios iced the game with a 15-yard touchdown run. His score put the Jets up by 23 points with less than five minutes remaining.

Berrios also played a role in the return game. He returned two kicks for a total of 61 yards, including one that went for 42 yards. His kick returns gave the Jets good field position, which played a key role in the offense putting up 40 points.

In Week 5, the former Hurricanes tight end continued to show why the University of Miami is sometimes known as “TEU.”

He was the Browns’ leading receiver. Njoku caught all six of his targets for 88 yards, including a long of 38 yards. Although Cleveland lost, the tight end helped the Browns’ offense keep the game close against the Los Angeles Chargers.