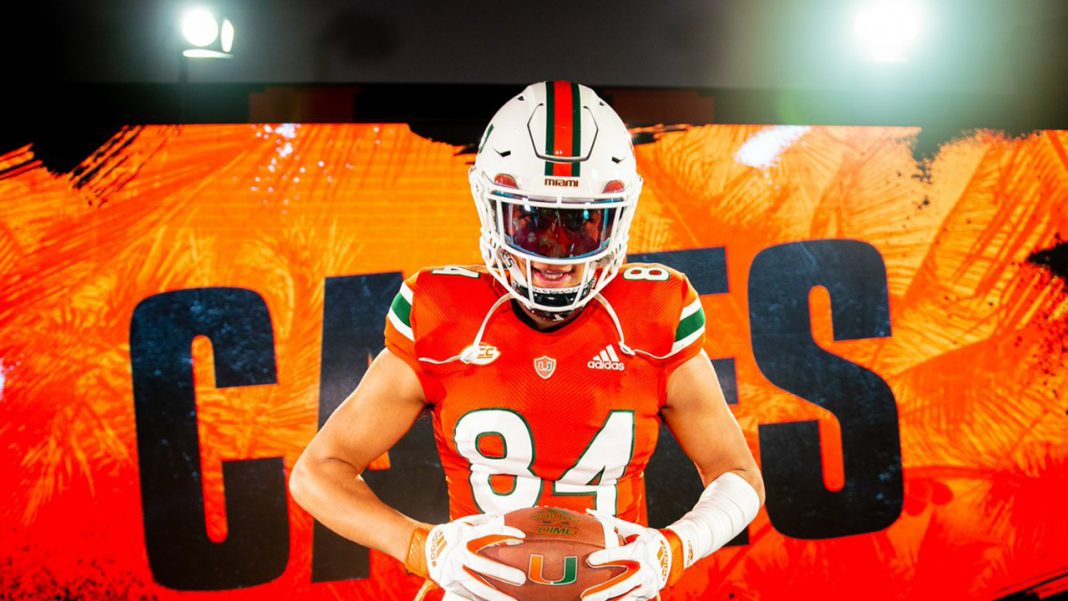 The Hurricanes struck gold again in their 2023 recruiting class with the commitment of four-star tight end Riley Williams, the No. 2 tight end prospect in the nation, according to On3 Sports.

Miami head coach Mario Cristobal had recruited Williams when he was still the head coach at Oregon.

“One of the biggest reasons I picked Miami was because of the relationships I built and already had with the coaching staff and the way they made me feel like I was a part of the family,” Williams told 247sports. “I was just so familiar with Coach Cristobal and a few other coaches from them being a part of the Oregon staff previous to Miami.”

Williams stands at 6-foot-6 and weighs 230 pounds. Even at his size, he showcases athleticism in his speed and agility after the catch. He also has a unique talent for catching passes that are heavily contested by the defender.

He showed this consistently in his junior year at Central Catholic (Ore.) High School, putting up a stat line of 889 receiving yards and 14 touchdowns on 36 catches. That makes an average of nearly 25 yards per catch and excludes the rushing opportunities he was presented with.

Williams becomes the third tight end to commit to UM in its 2023 recruiting class, joining consensus three-star recruits Reid Mikeska and Jackson Carver. Carver showed his excitement about Williams’s pledge by tweeting that the “Canes are rolling.”

Williams is going to play his senior season at IMG (Fla.) Academy, in the hope of developing his game even more before arriving at Coral Gables.