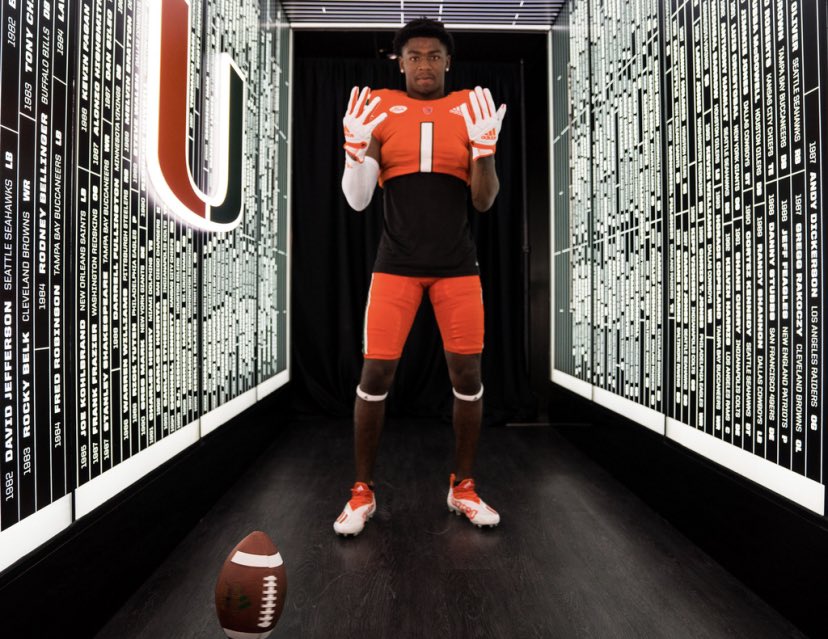 In recent days and weeks, the Miami Hurricanes have been adding to their 2023 recruiting class, securing key commitments from four-star recruits such as quarterback Jaden Rashada and tight end Riley Williams.

Today, UM added to their 2024 recruiting class by flipping four-star cornerback Antione Jackson from the Georgia Bulldogs. Jackson committed to UGA in March 2022 but continued to signal that his recruitment was not completely closed.

Jackson posted a picture on Twitter of him attending the UM Spring Game on April 16th, and more recently, the Fort Lauderdale, Fla. native participated in the Miami Hurricanes’ Legends Camp in Coral Gables.

The 6-foot defensive back holds offers from other Power 5 powerhouses such as Alabama and Auburn. He is listed as the 83rd overall prospect and the 9th ranked safety in the country, according to 247Sports.