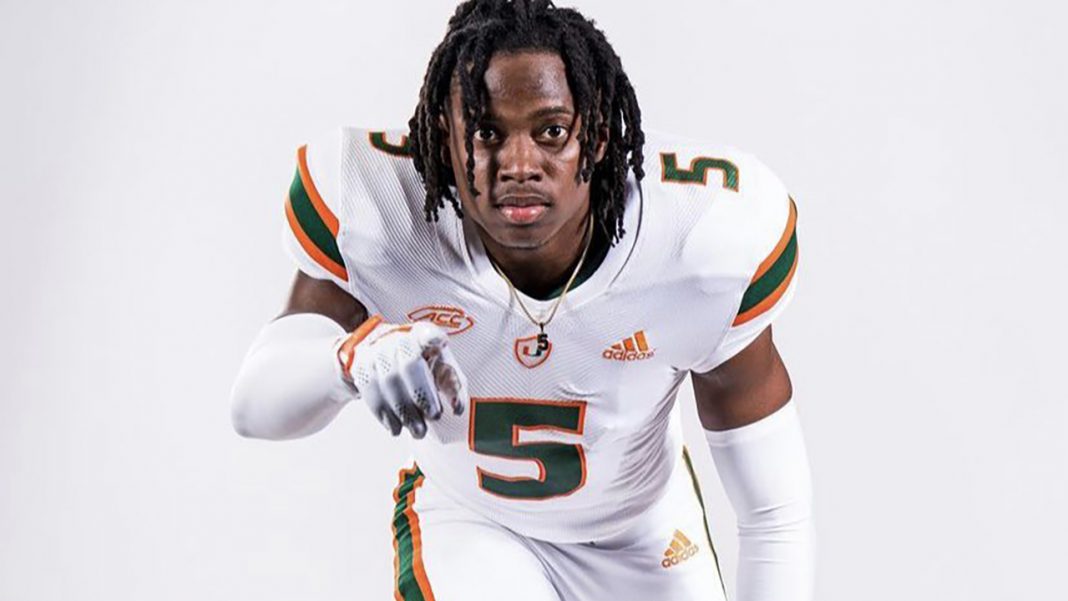 The Miami Hurricanes made another splash on *insert date* as they secured the commitment of Miami native and four-star wide out Nathaniel Joseph.

Joseph, who decommitted from Clemson on June 14, is ranked as the 16th best receiver and the 105th overall recruit in the 2023 class by 247sports Composite.

The 5-foot-8 receiver was in Coral Gables for his official visit on June 24th. He has also made official visits to Louisville and Clemson.

“Everybody’s doing their job,” Joseph told 305 Sports ahead of his most recent visit to Miami. “[UM head coach Mario] Cristobal texts me all day, all the time. So does [UM offensive coordinator Josh] Gattis … Everybody does their part.”

Joseph is the second receiver to commit to UM in the 2023 class, joining four-star athlete Robby Washington. Three-star receiver Lamar Seymore recently decommitted from the Hurricanes.