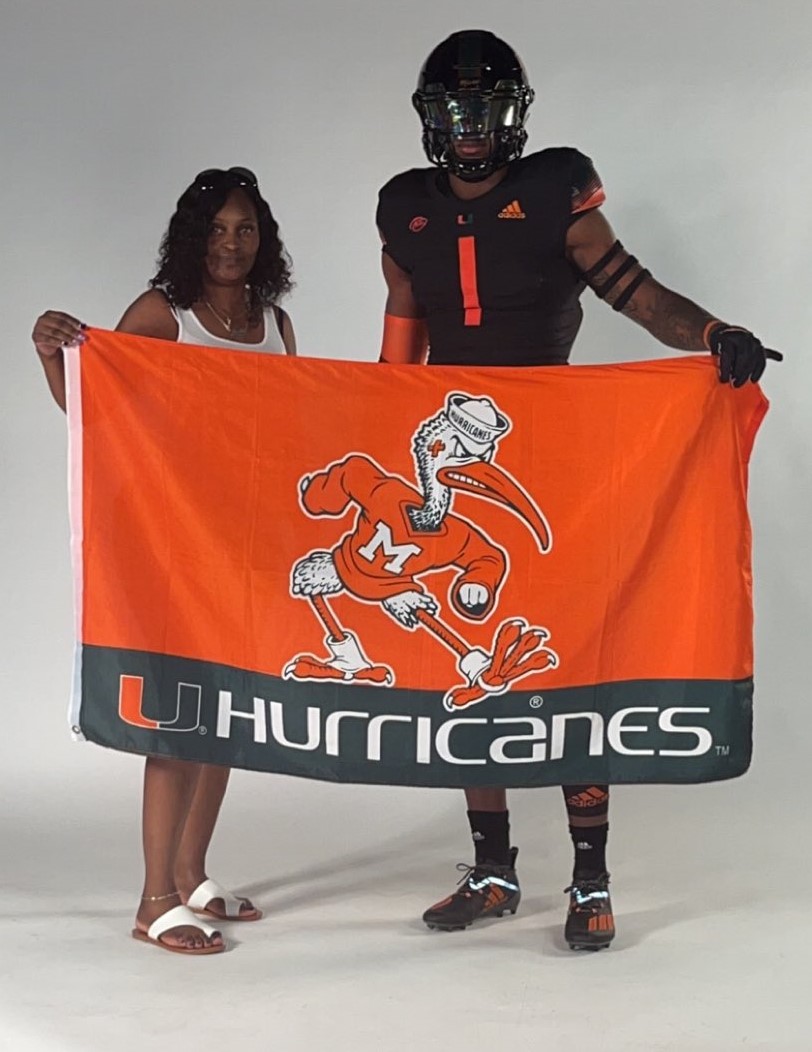 Miami brought in its second wide receiver transfer commit of the cycle on Sunday morning in the highly touted Colbie Young from Lackawanna (Pa.) Community College.

“The offense is so relatable to Lackawanna, so it’s something I can get down with the playbook and all that,” Young told InsideTheU ahead of his commitment. “The [offensive coordinator] being the receivers coach is honestly a big deal too. Those are a couple of the main reasons. [Miami head coach Mario] Cristobal is a great guy. It felt like family.”

Young is a 6-foot-4, 220-pound receiver that can immediately showcase his athleticism and ability to create space off the line of scrimmage. He also becomes the tallest receiver in the Canes’ wideout room.

“Just being that big guy receiver, taking the top off the defense, drawing double-teams,” Young said regarding what he excels at.

Young certainly proved himself on the JUCO level, having 24 receptions, 472 yards and nine touchdowns in his single season at Lackawanna. His longest reception went for 50 yards, while each reception averaged about 19 yards.

The rising sophomore received many offers, amongst them being from rival Florida State and ACC (Atlantic Coast Conference) foes Virginia Tech and Pittsburgh.

A Binghamton, N.Y. native, Young played for the town’s high school, but never received FBS offers. He chose to play for Lackawanna rather than FCS programs (University of Albany and University of Maine), and the decision certainly paid off.

With three years of eligibility left, Young has the potential to contribute heavily over the next couple of years and provides redshirt sophomore quarterback Tyler Van Dyke a great downfield option for this upcoming season.