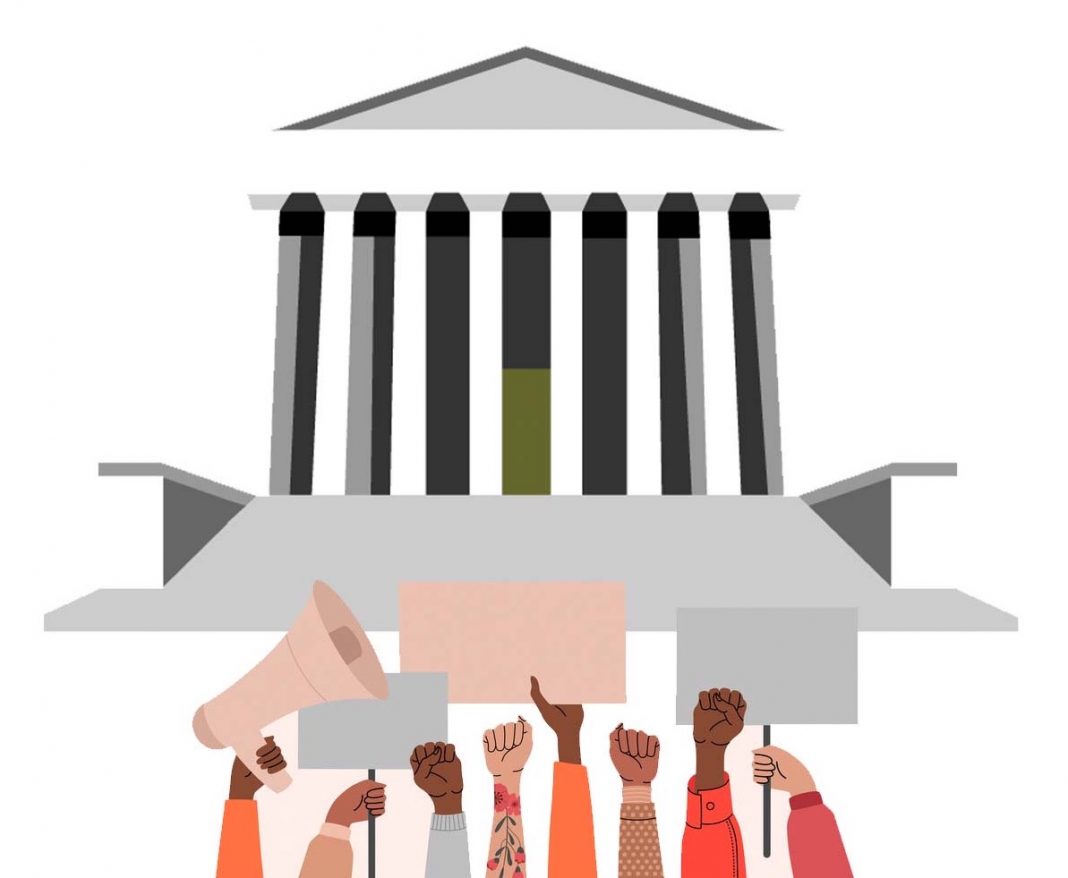 Young women today have grown up in a climate that politicizes their bodies to the point where having any opinion on their own bodily autonomy is viewed as a political stance.

Debate on abortion has increasingly become a contentious political issue with focus on whether the pregnancy is carried to term rather than on what happens to both the mother and child once they go home from the hospital. Conversation on abortion in the U.S. is under constant scrutiny from both political parties, warping it to the point that little consideration is given to the welfare of those involved post-pregnancy.

With the mindsets of “pro-life” and “pro-choice” in constant conflict, there is little room for compromise or collaboration. That’s despite the fact that there is immense potential to simultaneously support expectant mothers and decrease abortion rates without the emphasis on banning abortion from the pro-life movement.

Stopping abortion and banning abortion are two different goals fueled by different motives, and using the term “pro-life” to represent a view that is really “anti-abortion” misrepresents what the movement is aiming to accomplish. Those who seek to stop abortions are advocating for education, access, and support to diminish the need for abortions. Those who seek to ban abortions without putting systems in place to support the women affected are thinking only of themselves.

If Roe v. Wade were to be overturned, pro-life legislators would have the opportunity to propose stricter abortion regulations. But then what?

If conservative legislators want to see any successful abortion restrictions without the use of the authoritarian action that would be necessary to force women to carry pregnancies to term, they need to decrease the dissonance between their rhetoric supporting for the “sanctity of life” and the way they actually operate in passing legislation.

Women facing unexpected pregnancies would need to be given the support they need to want to support the life they are carrying. Programs like the recently proposed Romney family plan, targeting financial support for families “from pregnancy through childhood” while “promoting marriage” would realistically lower abortion rates. However, some potential support systems face criticism from socially-conservative Republicans, many of whom, like Florida senator Marco Rubio, still purport themselves to be pro-life.

A study by investigators at Washington University in St. Louis among other research has proven that access to and knowledge of contraceptive methods prevents unwanted pregnancy, in turn preventing abortions. And yet, there is little advocacy in the pro-life movement pushing for universally available contraception.

According to the Guttmacher Institute, in 2014, publicly funded family planning helped women avoid 2 million unintended pregnancies in the U.S., but the pro-life movement and family-planning services have pitted themselves against one another. The former has declared intentions to defund the latter if they continue performing abortions, and the latter ousted Planned Parenthood’s president, Dr. Leana Wen, in 2019 when she emphasized abortion as only one facet of their mission, emphasizing the importance of women’s health services as a whole.

This all-or-nothing mindset on both sides leaves us at a stalemate where the missed opportunity is working in tandem to achieve what should be the ultimate goal — improving support for unplanned pregnancies in an effort to reduce demand for abortions.

As Bill Clinton used to suggest, abortion should be “safe, legal, and rare,” a concept that would require compromise from both extremes and definitely won’t be attained by simply banning the procedure.

In 2018, the Feminists for Life of America, a group “dedicated to systematically eliminating the root causes that drive women to abortion,” advocated for on-campus child care and women’s health services to support pregnant and parenting students as they pursue their degrees, pushing against the common misconception that when a student decides to carry her pregnancy to term, she has to drop out, drastically reducing future opportunities and increasing financial strain.

The pro-life feminist movement, a strain of advocacy I had never even heard of before this week, pursues its goals of ending abortion in America by posing practical solutions to support mothers. And it does not as a whole support for criminalizing abortion.

The movement also seeks to end stigmas surrounding motherhood, as stated by New Wave Feminists President Destiny Herndon-De La Rosa: “We want to expose the fact that so many women don’t actually have a choice when it comes to making an abortion decision because of the systemic patriarchy that says to operate and succeed in a man’s world, your fertility will make you a liability.”

But these voices are lost in the muck of the current pro-life movement, where unwanted pregnancy is posed as a woman’s burden and conversation revolves around control over women’s bodies rather than their well-being.

A future where pro-life arguments really are pro-life is conceivable, where the lives of mothers and their children matter more than any ulterior motive, but it would call for cooperation between the two extreme views on abortion.

Until then, individuals need to find it in themselves to remove partisanship from the debate and really look at who is aiming to support families and create positive change.