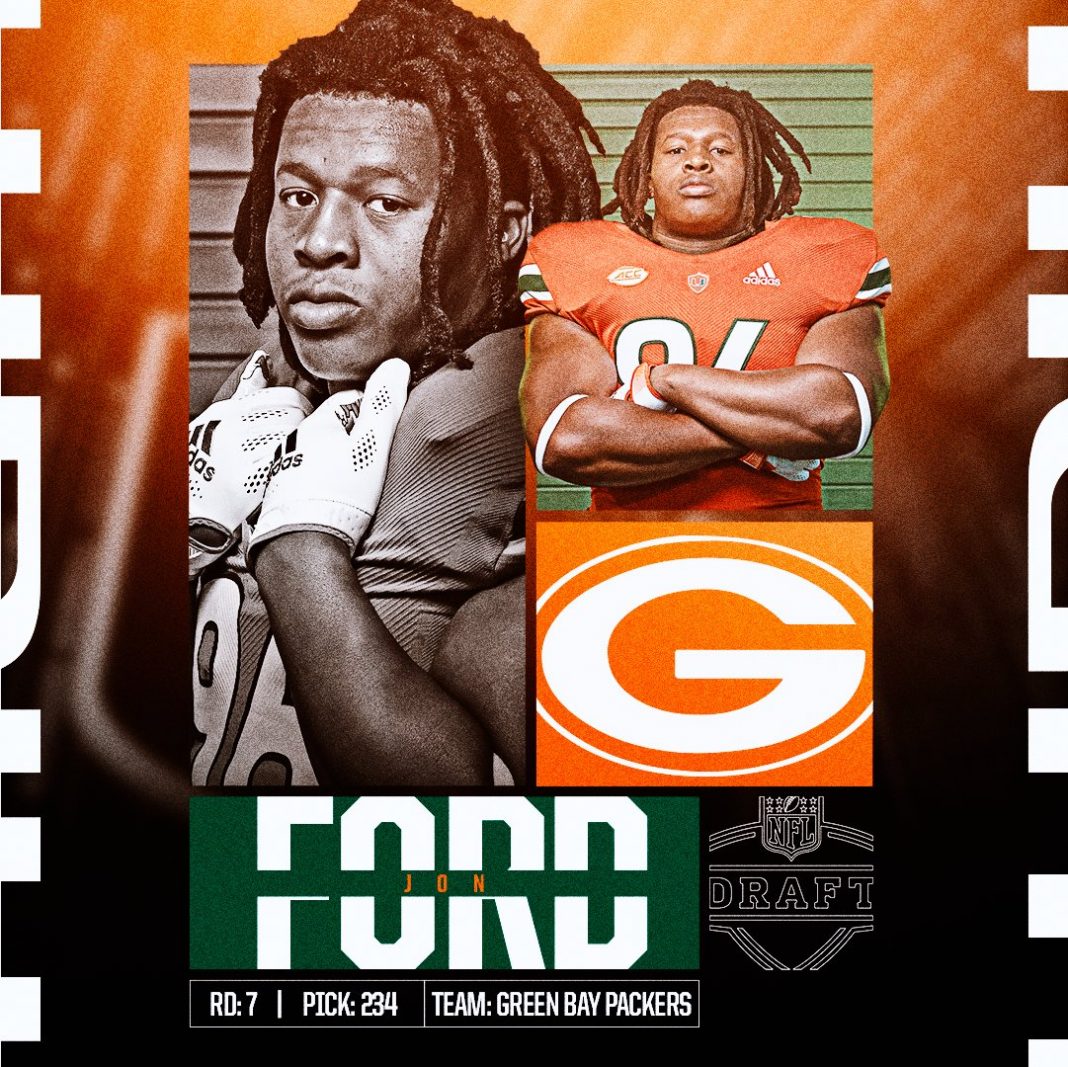 And it had nothing to do with providing a stop on third down.

With the 234th pick in the 2022 NFL Draft, the Green Bay Packers selected Ford, 6-foot-5, 338-pound native of Fort Lauderdale on Saturday, protecting a 48-year-old streak of Miami draft picks dating back to 1975.

The Packers’ seventh-round draft choice marked the first and only Hurricane drafted this year. Ten other Miami student-athletes went undrafted.

Safety Bubba Bolden did not hear his name called along with redshirt junior Charleston Rambo, a former Oklahoma transfer who set a program record for most single-season receptions in UM’s final game of the season at Duke. Bolden missed the final five games of the season due to a shoulder injury.

Recording each of his three career tackles in 2019 and four solo tackles last season, Ford brings near-boundless size to a Green Bay defense. The Packers finished 13th in scoring defense in each of the last two seasons, allowing an average of nearly 22 points per game in 2021.

Despite totaling eight tackles for loss throughout his five-year college career, Ford will likely start by attempting to earn a backup role behind T.J. Slaton, also a Fort Lauderdale native. Kenny Clark, a six-year veteran for the Packers, maintains the starting role at nose tackle after logging 48 combined tackles last season.

Draft experts believe the three-year Miami starter’s next step is to improve his quickness to the ball to stop an opposing team’s rushing attacks, while minimizing quarterbacks’ decision time.

Ford made over 30 career starts and will now look to help bring Green Bay added success in the postseason, after a disappointing 13-10 loss to San Francisco in the divisional round.