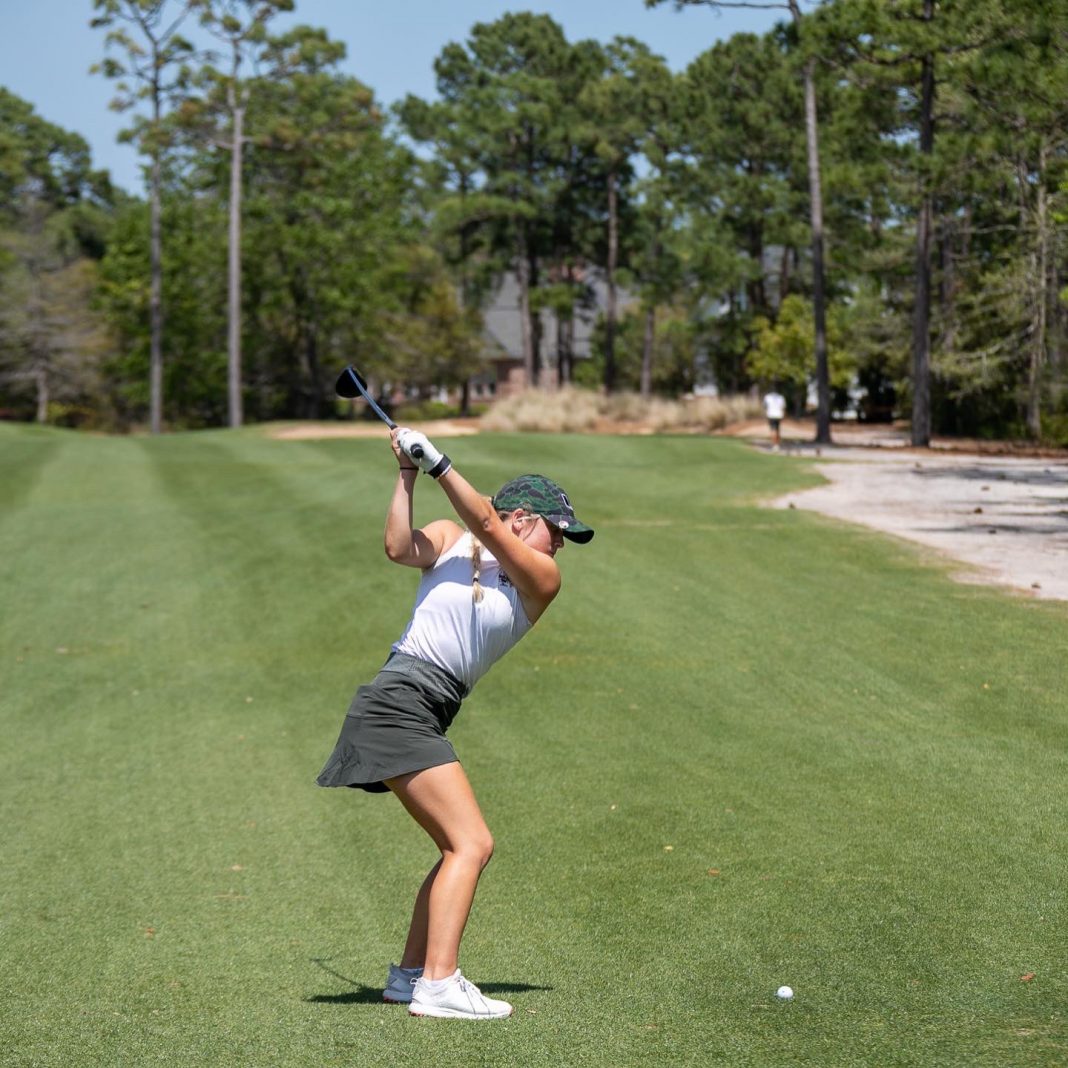 Miami golf coach Patti Rizzo still holds hopes of her team’s improvement heading into regional play by the second week of May.

But that will have to come after missing momentum in its biggest stage yet this season.

UM wrapped up play at ACC Championship on Friday at the Reserve Golf Club in Pawleys Island, South Carolina. The team’s pair of second-year freshmen Sara Byrne and Nataliya Frydlova led the Hurricanes throughout a disappointing tournament, finishing tied for 22nd and 28th, respectively.

“It’s been a tough spring, not what we expected,” Rizzo said. “We still have regionals to look forward to and it’s not over till it’s over.”

Rizzo explained earlier in the season that with COVID, there have been a lot of setbacks that have made it difficult for the players to get in the groove of the season.

“There is a practice swing and a tournament swing, and it’s a very different feeling,” Rizzo said.

Byrne finished two over par on the par-71 course after Thursday, the first day of play. On Friday, she walked off the course with a round score of 71 (-1) and finished the tournament with a 54-hole score of 223 (+7). Byrne tied for 22nd, besting 32 other players.

Second-year freshman Nataliya Guseva was close behind with a final score of 225 (+9) tied for 28th, and third-year sophomore Daniella Barrett was one stroke behind her, 10 over par and tied for 30th.

Frydlova tallied a 241 (+14), finishing tied in 39th, with fourth-year junior Anna Backman rounding out the Hurricanes 15-over-par and a 44th place finish.

Miami will return to the Biltmore Golf Course until May 9, when the team will travel to NCAA Regionals with a chance to advance to nationals.