At the brightest hours of the day, some students may spot something quite incredible at the heart of campus. Looking across Lake Osceola from the entrance to Eaton Residential College, next to the School of Architecture, a lucky few will find a magnificent osprey perched atop the roof’s edge of the Donna Shalala Student Center. Such a graceful yet powerful apex predator will occasionally swoop its way across the lake to a nearby tree, protecting its nest and warning others with a series of intense chirps.

This is just one of the many captivating bird species that live on our very own campus here in Coral Gables. In a sunny and wet paradise like South Florida, there’s bound to be a myriad of distinct and fascinating bird species around the area.

On our very own campus, it’s almost like getting free tickets to an aviary. Whenever you think you’ve seen a new species, another appears somewhere else on campus.

It’s much more than what commonly meets the eye for students. The diversity of species encompasses more than the resident Muscovy ducks that greet students all around campus or the American white ibis symbolizing the university and the ideals of strength and resilience in the face of adversity.

There’s more than what’s on the surface for the wide range of species on campus. Let’s take a look at the numerous kinds of birds we have on our campus that make it as beautiful as it is today.

This tall, pristine waterbird is very common to the state of Florida and belongs to the greater heron family of birds, sometimes even being classified as a white heron. They are commonly found by bodies of water and are excellent fishers with their beaks, primarily feeding on fish, crustaceans and smaller mammals. Such a graceful wading bird appears as the main symbol of the National Audubon Society, hearkening back to when they fought to save these birds from mass hunting that nearly caused their extinction. Great egrets are solitary birds and are most often found by the lake at the center of campus. Owing to its widespread presence in Florida’s wetlands, the great egret even appears on the crest of local MLS club Inter Miami CF, being a “noble species of the skies,” per the club’s own description.

Despite what its name suggests, the Egyptian goose is not a goose, but in fact is more of a duck. They’re in fact more closely related to the shelduck family than geese. However, the other half of their name is very much true. These “geese” have become a sizable population in Florida due to their attractiveness for bird breeders who acquired them from Africa. Although non-native, their presence has been persistent enough for them to be considered an established species by local conservation groups.

While gallinules are normally the size of ducks and behave like so, they are in fact not related to ducks at all. These marsh birds belong to a different species known as rails. They are best identified by the bright-red plates covering part of the face. Most often, this small marsh bird can be found in ponds and canals on campus, though the less-colorful common gallinule is the most prevalent on the campus. Gallinules can be identified by their sharp, whiny calls that can be heard from a distance.

Kingfishers are another exotic bird that has found a home in the tropical and lush areas of Florida. Normally, kingfishers are a native species to parts of Asia, Africa and Australia, but have spread to parts of Europe and North America, including a strong presence in Mexico. They can be identified in the area by their signature rattle calls that are characteristic of most kingfisher species. The kookaburra, also known as the laughing bird, is the most commonly recognized kingfisher species and is closely related to the other species found across the world.

Yet another waterbird residing heavily in Florida, the anhinga is a species that are year-round residents of the state. They can often be found by bodies of water with their wings spread out, which is due to their wings becoming heavy and cumbersome after hunting for prey in the water. As they often feed on fish for their diet, staying dry is a constant need for the safety of a bird such as the anhinga. Therefore, they often sit out in the sun for extended periods to dry their wings completely. Also known as the snakebird or the water turkey, they can be found by Lakeside Village near the lake and canal. 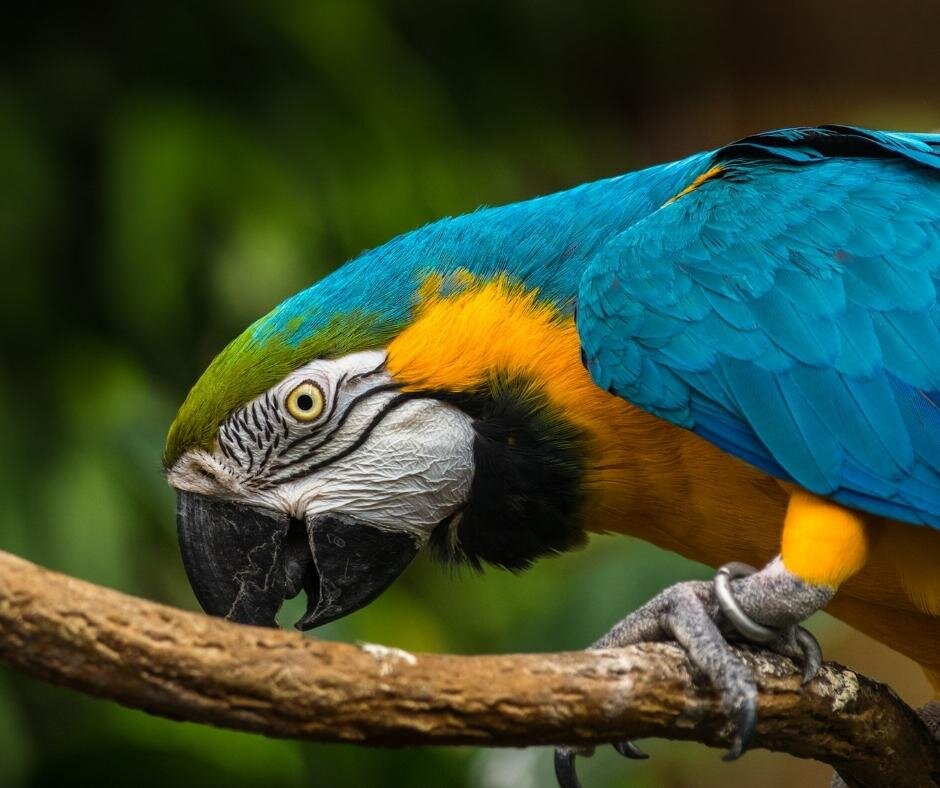 Seeing these colorful tropical birds on campus is sure to be a pleasant surprise. Being a non-native species to Florida, they are often rarely seen in the area and are mostly found in captivity rather than in the wild. As such, catching these graceful, beautiful birds flying overhead in their flock is truly a special sight to see. Their raucous squawks can be heard in the area around Lakeside Village, as the flock living on campus has found a home in that area.

Cormorants are a species of waterfowl most often found around coastal areas, with the greater Miami area and Florida coasts being some of them. Although they tend to look similar to ducks and geese, these coastal birds behave, live and act much more like pelicans. Cormorants are often seen by fresh and saltwater bodies, especially on docks and piers in the water, feeding primarily on fish with their sharp hooked beak. On campus, they most often appear in the lake, diving for fish with blink-and-you-miss-it movements in and out of the water.

The mourning dove is best known for its seemingly distant, mournful cooing call, hence the taxonomic name. Most people hear their calls and tend to mistake them for owls, in which some species have calls that sound very similar to the mourning dove. These doves are most active in the early morning and late afternoon hours and they tend to feed on plants, seeds and fruits. As such, their soothing calls can commonly be heard at many different wooded areas around campus.

The great blue heron is the most widespread and therefore the most recognizable species of heron in North America. These wading birds are one of the largest in the heron family and boast a powerful and sharp beak that makes them one of the strongest predators in Florida’s shores, marshes and lakes. Known for being a fearsome predator in the Florida bird ecosystem, the great blue heron is most often found feeding on fish, reptiles and even rodents.

These are just some of the vast multitude of bird species that decorate the wondrous campus at the U. Whenever one steps outside on campus, they can always be treated to the sight of these wonderful animals gracing the campus’s natural beauty. There’s so much to be admired and appreciated about these fascinating creatures.