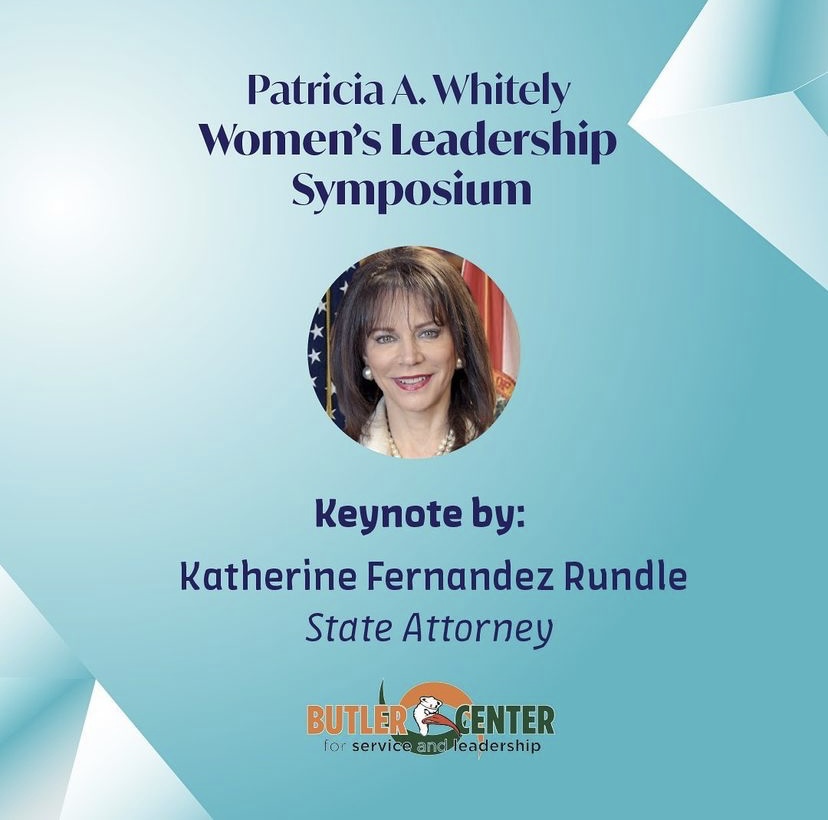 The theme of this year’s Patricia A. Whitely Women’s Leadership Symposium is “Unbreakable” and aims to help “participants recognize their self-worth, resilience, and powerful ability to make change on campus and in the greater Miami community.”

The event, set to be held this Friday, March 25, is upsetting to some UM students because of the choice of the keynote speaker, Miami-Dade State Attorney Katherine Fernandez Rundle.

Selected by the Butler Center for Service and Leadership, Katherine Fernandez Rundle has been the state attorney of Miami-Dade County since 1993, and is the first Cuban-American woman to hold the position. As an alumnus, the University has maintained a relationship with the attorney throughout her career; Friday’s event will be the second time Rundle has spoken at the Whitely Women’s Leadership Symposium.

A collection of incidents, primarily involving her history of failing to prosecute law enforcement officers in situations involving deaths of victims, mar her career in the eyes of some.

In 2012, four prison guards at the Dade Correctional Institution were accused of torturing a Black prisoner suffering from schizophrenia by trapping him in a scalding shower. The man, 50-year-old Darren Rainey, was found dead after two hours in the 160°F water. Rundle’s office declined to prosecute the guards, citing an autopsy that ruled his death as accidental. This decision led to public backlash and calls for her resignation by prison reform and racial justice activists.

In 2015, Rundle received criticism for accusing a Black teenager of murder based on sparse evidence, including a cartoonish witness sketch. The teenager was found to be innocent and later sued Rundle’s office for their conduct during the investigation.

These are just two examples in a laundry list of incidents where the State Attorney has not prosecuted law enforcement.

Given the public outcry against this incident, UM students are questioning the Symposium and the Butler Center’s decision to feature Rundle as the event’s keynote speaker- especially during a time when the treatment of Black Americans by law enforcement officials is at the top of public discourse.

“After reading about Rundle’s handling of Darren Rainey’s death, I don’t think she represents the values of the University of Miami,” says Rachel Rawson, a junior majoring in international marketing. “I like the idea of the women’s symposium, but I think a better speaker should have been chosen.”

Other students pointed out the greater social ramifications of Rundle’s inclusion in the event.

“They picked a top law enforcement officer with a history of dismissing and committing racial injustices in a time of increasing campus activism against these racial injustices, police brutality, and state-sanctioned violence?” asks Samantha Fagan, a senior majoring in anthropology and political science, highlighting how activism against the actions of law enforcement officials has become increasingly prevalent on college campuses after the Black Lives Matter protests during the summer of 2020.

“People literally protested and demanded her resignation- if that isn’t a sign that she’s not a good choice for this event then I don’t know what is,” Fagan said.

Despite the criticism Rundle faces, the organizers of the Symposium maintain that her inclusion as the keynote speaker furthers the event’s message of empowerment and resilience.

“The reason why we selected Katherine Fernandez Rundle was her background and her experiences, like becoming the first Cuban-American State Attorney,” said Symposium co-chair Esther Alexandre, a junior majoring in computer engineering.

Alexandre stated that Rundle’s previous relationship with the University also informed the organizers’ interest in having her speak. Regarding the controversy, Alexandre expresses the belief that the actions of politics and law enforcement may be too multifaceted for the University to pass judgment.

“We’re not in charge of her actions. Politics are difficult, and they’re going to be controversial all the time,” Alexandre said. “If you look at her accomplishments and what she’s advocating for, she does a good job. She’s a good role model.”

Collette Mighty, the assistant director of the Butler Center, had a similar response.

“Given that it is Women’s History Month and she is the first Cuban-American State Attorney and has held that position for over 30 years, we wanted to focus on highlighting our elected officials here in Miami-Dade,” said Mighty.

The Symposium’s organizers urge students to attend not only for the keynote speaker, but for the variety of empowerment-focused events taking place throughout the day.

“The whole premise of the Symposium is to build community, to have positive interaction and engagement, and also to empower our students,” says Mighty.

One featured event that she highlights involves students writing negative forces on plates and breaking them, fitting with the event’s theme of being “Unbreakable”. Other events include speeches and workshops led by female University officials and staff, and opportunities for professional networking.

“Besides all of the struggles and the backlash she’s been going through, she’s still doing her job and trying to do it in an efficient manner.”