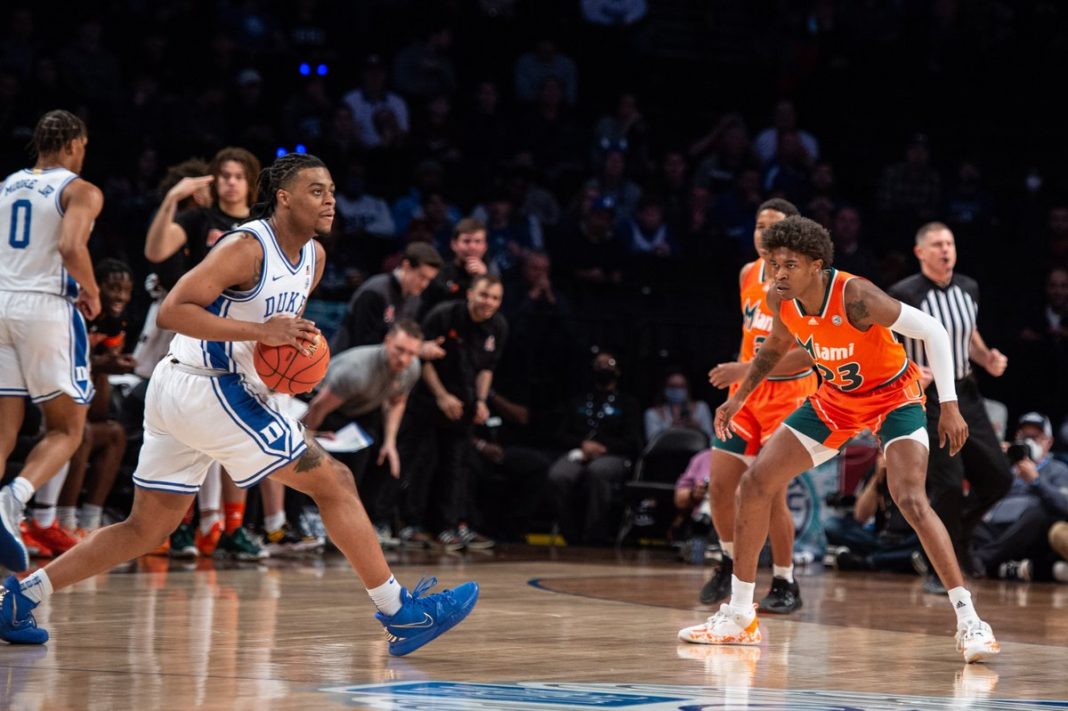 A valiant 24-point scoring effort from sixth-year guard Kameron McGusty was not enough, as Miami was defeated in the semifinals of the ACC Tournament against Duke, 76-80.

“They got perhaps the most talent in the country,” Miami head coach Jim Larrañaga said regarding Duke. “They’re a great team, they execute well and they have a lot of discipline.”

“I think we came out with a lot of energy,” McGusty said. “Teams go on runs and they make adjustments.”

Forward AJ Griffin led Duke in scoring with 21 points, 15 of which were in the opening half. Griffin, a 6-foot-6 freshman playing in his home state of New York at the Barclays Center, is considered by many to be a top prospect in this year’s NBA Draft.

“[Griffin] can really play,” McGusty said. “He’s a great shooter [and] has a nice body and frame.”

The Hurricanes were poor from the charity stripe, shooting 6-for-12 for the game on free-throw attempts. This was very uncharacteristic of a Miami team that ranks third in the ACC in efficiency from the line.

“The game sometimes come down to some very simple things,” Larrañaga said. “In this case, it was free-throw shooting.”

Veteran guard Jordan Miller capped off an impressive two-game run in the ACC Tournament with a 17-point, 13-rebound performance against the Blue Devils, which followed a 13-point showing in UM’s quarterfinals victory against Boston College.

Miami’s postseason fate will be announced Sunday, when the 68-team bracket for the NCAA men’s basketball tournament will be revealed at 6 p.m. The Hurricanes were a projected No. 10 seed in ESPN’s Joe Lunardi’s latest bracket update.

“None of our guys are putting our head down,” sixth-year forward Sam Waardenburg said. “We have a lot of college basketball left to play. We’ll see where we are on Sunday.”