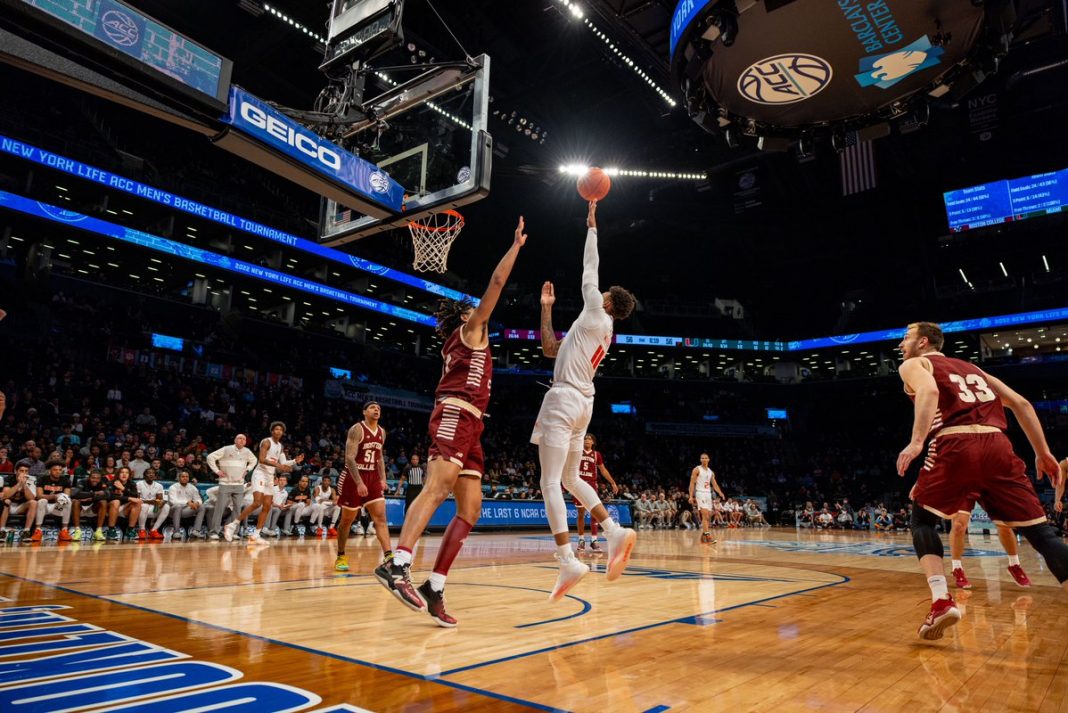 This is the second consecutive game that a Miller layup resulted in solidifying a win for the Hurricanes; his previous was a layup off a missed free throw with 12 seconds left against Syracuse last Saturday.

“Jordan Miller is the best offensive rebounder that I have ever coached,” Miami head coach Jim Larrañaga said. “His ability to get to the ball and tap it in from any angle is amazing.”

Not only has Miller come through for the Canes in the clutch, but over his last five games, he has averaged 14.8 points per game. That would be second amongst the Hurricanes, showing how integral he has been to the team as of late.

Both teams were efficient on offense throughout the entire game. Miami shot 30-for-56 from the field, while Boston College shot 29-for-57. Each team also made the same number of 3-pointers, with six each, and the same number of free throws, with five each.

Boston College quickly jumped out into the lead in at the beginning of the game. It established a scoring rhythm quickly, starting 5-for-7 from the field and commanding a 12-5 lead five minutes into the first half.

After a media timeout at that point, Miami started ramping up their offense by hitting 6 straight field goals to tie up the game at 17 just 3 minutes after that timeout.

Both teams went back and forth on offense for the remainder of the first half, with the Hurricanes shooting 58% and the Eagles shooting 52% from the field at that point. The score at the break was 34-32 in favor of Miami. Third-year sophomore guard Isaiah Wong led the Hurricanes in scoring in the first half, with 10 points on 4-for-6 shooting. Boston College junior forward Quinten Post led his team with 12 opening-half points.

The second half started out similar to the first, Miami took a lot of time to get back into its groove, committing three fouls in the first four minutes, allowing Boston College to go ahead 40-39.

Even after a Miami timeout, it looked lackadaisical and allowed Boston College to go on a 7-0 scoring run in two minutes, as the Eagles took a 47-41 lead with 13 minutes to play.

Similarly, to the first half, Miami was able to shorten the lead Boston College created, cutting the deficit to a pair, 49-47, at the 11:30 mark.

The game stayed within one basket for a lot of the remaining portions of the game, until when 21 seconds left, a 3-pointer by Boston College tied the game at 65. Miami had the ball for the last shot; however, Wong lost his dribble and turned the ball over to the Eagles, who chucked up a half-court heave and missed.

Overtime featured a combined 10 points from both teams. There were multiple free throw attempts missed, and multiple open shots missed, including a missed shot that led to the game winning layup.

This win advances the Hurricanes to the semifinals of the ACC Tournament against the Duke Blue Devils. Tip-off is scheduled for Friday at 7 P.M. at the Barclays Center. The game will be aired on ESPN.