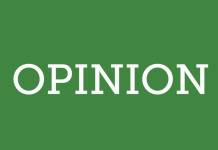 At the beginning of the Spring 2021 semester, the University of Miami announced that it would hold one of its Interactive Media classes, entitled “Religion and Sacred Space in the Era of Artificial Intelligence and Virtual Reality,” within the metaverse. While the nebulous collection of technological concepts that make up what is referred to as the “metaverse” has become a point of controversy in recent months, this decision by the University leans into the potential positives that normalized use of the metaverse could bring.

The word “metaverse” is a new term for an old idea: a virtual world in which people from across the globe can interact from the comfort of their own homes. In this broad context, video games such as Minecraft and Roblox are technically metaverses. However, the term is generally used to refer to worlds that are only accessible through virtual or augmented reality technology, such as the Oculus Quest headset.

The concept of a metaverse exploded into the popular consciousness late last year, when Facebook Chief Executive Officer Mark Zuckerberg announced at the company’s annual Connect conference that Facebook’s name would be changed to Meta in order to reflect the media giant’s shift towards virtual reality. In his statement, Zuckerberg touted virtual reality as an improvement to the experience of working from home, something many people have grown weary of after two years of the pandemic.

Since the company took on its new name, new uses for the metaverse have appeared at a whirlwind pace. From a wedding that took place through virtual reality (VR) to a virtual yacht that sold for $650,000, it seems as though forward-thinking tech enthusiasts are figuring out new ways to utilize the metaverse every day. However, the unchecked growth of VR technology could bring with it a litany of dangerous side effects.

Analysts have compared the potential scope of the metaverse in its current iteration to that of the early internet in the 1990s: the technology could revolutionize communication and democratize the availability of information, but it could also become the volatile, hyper-capitalist hellscape that the internet is today.

Currently, the majority of excitement surrounding the metaverse relates to its money-making potential; it is no wonder that Facebook is promoting virtual reality when it produces the Oculus Quest system. In addition, its novelty means that the metaverse is essentially unregulated, allowing for the creation of the booming virtual housing bubble that could likely crash in the near future. This lack of regulation also means that locations within the metaverse are extremely vitriolic — a quality that is amplified by the visual nature of virtual reality.

Furthermore, the adoption of an unregulated metaverse into everyday life would exacerbate existing problems yet to be solved in the real world. The financial inaccessibility of the technology needed to enter the metaverse means that if the usage of virtual reality became a necessity, people from low-income backgrounds would have an even more difficult time breaking into the job market than they do now.

In addition, placing too much of our collective attention on virtual reality distracts us from the tangible problems impacting our offline lives; climate change and structural inequality can only be solved by addressing the root causes of such issues, not by distracting ourselves with virtual worlds.

Despite the immense potential for harm that the metaverse brings, it could bring clear benefits as a tool for teaching and community building. In the aforementioned class, VR technology is used to transport students to different geographical locations pertaining to the course’s subject matter. This is just one example of how VR could be used to revolutionize the way information is presented and disseminated. In addition, active communities located within the metaverse already exist and are used by tens of thousands to make friends around the world.

The duality present in the metaverse mirrors that of the internet at large. The university is utilizing technology in a way that will affect society in a positive way. However, replacing real life with virtual reality has the potential to amplify the worst aspects of the internet, with real-world consequences. Going forward, we must consider the ramifications of technology as potentially powerful and innovative like the metaverse.