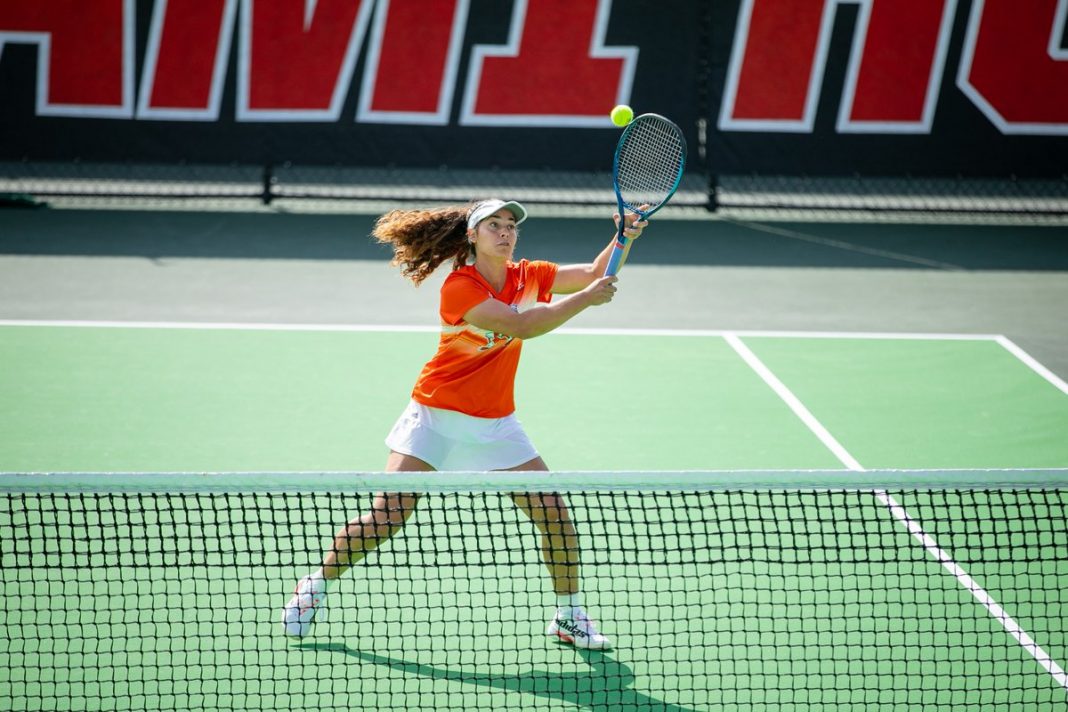 The day after Friday’s top-15 road win at Wake Forest, the Canes traveled an hour down the road to Greensboro, North Carolina, and witnessed Miami women’s basketball stun No. 20 Notre Dame in the semifinals of the ACC Tournament.

Feeling inspired, No. 14 Miami women’s tennis tried for an upset of its own, battling No. 2 North Carolina State for over four hours at the J.W. Isenhour Tennis Center on Sunday afternoon before coming up short, 4-3. The loss ended a six-match winning streak for the Canes (8-2, 3-1 Atlantic Coast Conference).

“I have to give credit to a solid NC State team today. Their serves took them through some pretty important situations and gave them an opportunity to win,” Miami head coach Paige Yaroshuk-Tews said. “They were able to make adjustments in big moments that we didn’t make. I’m proud of our effort. We’re definitely taking steps in the right direction.”

Down 1-0, Miami, with a new lineup that included freshman Tatyana Nikolenko instead of Boch-Collins, won the first two singles matches to take its first lead of the day.

Miami regained the lead thanks to No. 85 Isabella Pfennig, who comfortably beat Nugroho, 6-3, 6-4.

Tied at 3-3 for the second consecutive match, all eyes turned to Court 4, where Tahan was in the midst of a comeback after dropping the first set.

But that’s where Miami’s luck would end.

Miller stormed back, winning the next four games to take a 5-4 lead. Tahan continued to fight, tying things up at 5-5, but it wasn’t enough. Miller took the next two games to win 7-5, 6-4, 7-5, and give UM its first loss since January.

Miami is now 17-3 all-time against the Wolfpack, with every loss coming in the past three years as NC State has greatly improved its program – even making it to the semifinals of the NCAA Tournament last year.

Next up, the Canes look to bounce back against their biggest rival when they return to the Neil Schiff Tennis Center on Friday to take on Florida State at noon.