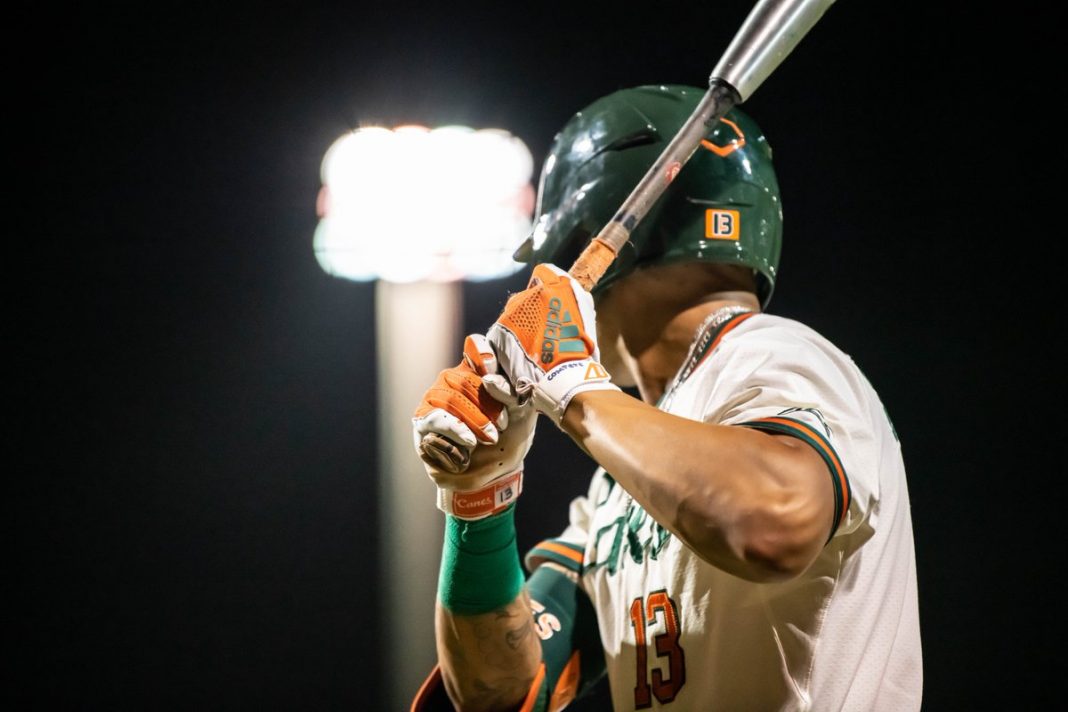 Miami’s win streak to start the 2022 season ends at four, losing 11-6 to Harvard in the opening game of its weekend series against the Crimson at Alex Rodriguez Park at Mark Light Field.

“Bottom line, we didn’t play well enough to win,” Miami head coach Gino DiMare said. “We didn’t play a very complete game, and when you do that, you’re risking the chance of not being in the win column.”

The Crimson answered, rallying for two runs in the seventh and four runs in the eighth to take an 11-6 lead which Miami failed to chip into the rest of the way through. With the win, Harvard picked up a victory in its first contest in 719 days.

“Harvard has not been sitting around on its butts for two years,” DiMare said. “They’ve been working hard. Their offense was impressive to me.”

Freshmen George Cooper and Sawyer Feller, along with junior Zach Brown, all finished with multiple RBIs for the Crimson. Feller and Brown both blasted home runs in their first outings of the season.

“They swung the bat,” DiMare said. “We didn’t do a good job of holding them down from a pitching standpoint.”

Miami will have the opportunity to rebound quickly, with the second game of UM’s three-game weekend series against Harvard scheduled for Saturday at 7 p.m.

“It’s baseball, you’re not going to go undefeated. We got to turn the page,” DiMare said. “The most important game of the year will be tomorrow.”