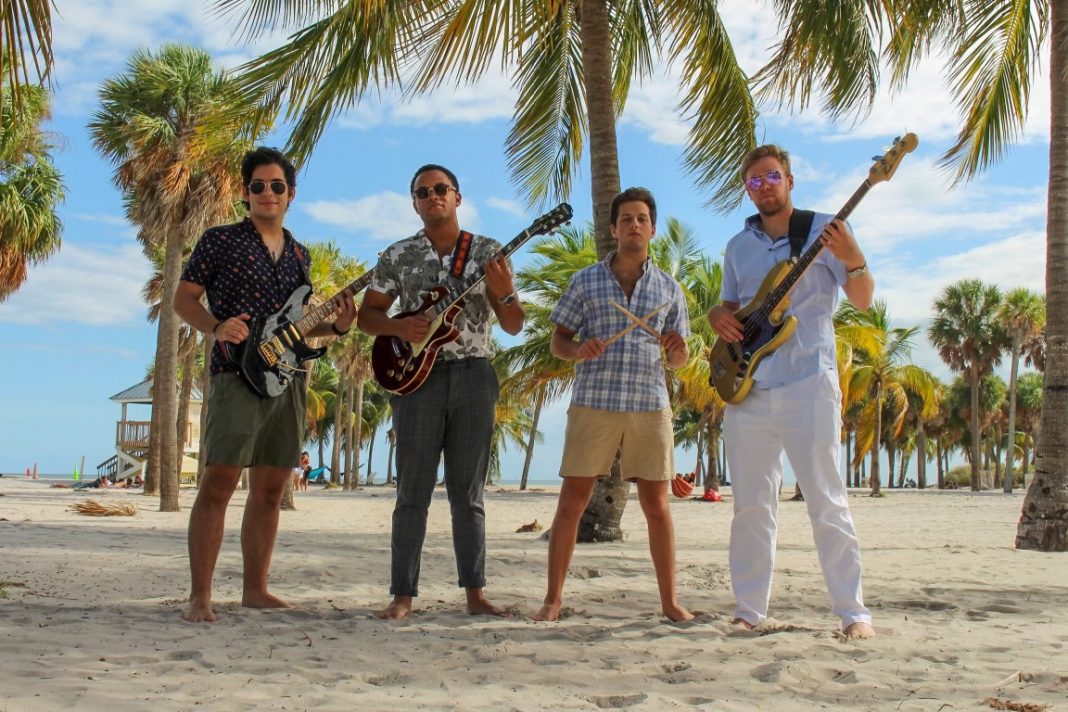 While their debut single “Strangers” was released on Feb. 4, Pump Action, a band of four University of Miami’s Frost School of Music students, has made their presence known in Miami for months. 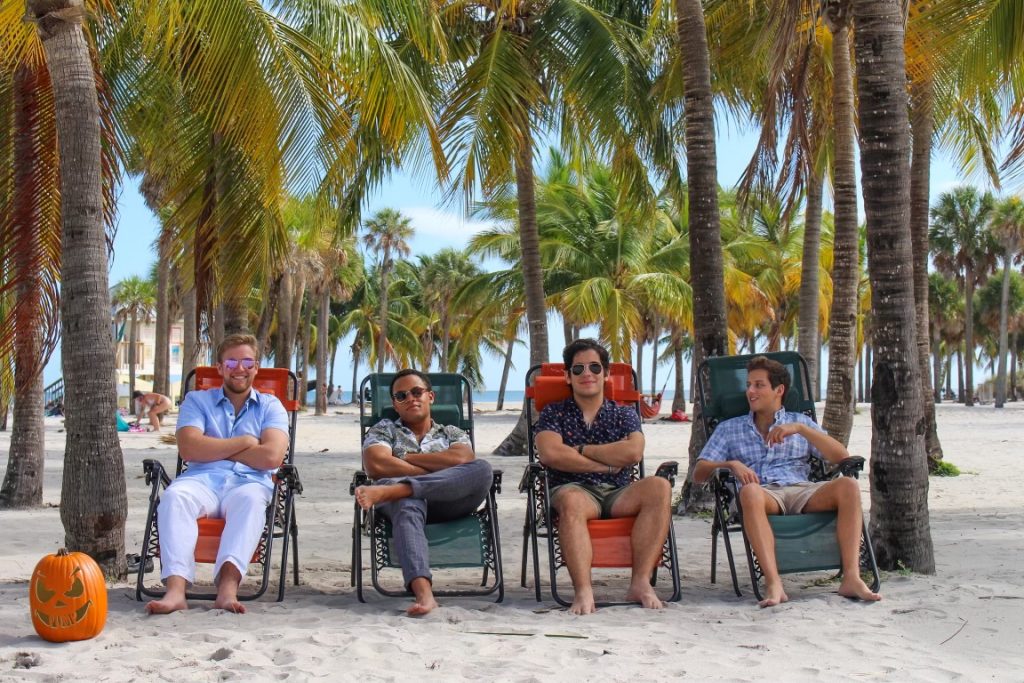 All transplants from out of state, the group credits UM’s music program as the biggest pull in bringing them to Florida. Between tuition differences, the more positive campus visit and better interactions with faculty, the four Frost school juniors each chose UM.

“In music, there’s only a few good schools that everyone’s competing to get into: USC, NYU, UM, so I think we’d all had our eye on Miami for a while,” Geoghan said.

When not playing gigs or going to class, the groups still keep close. The members of the group are roommates currently and previously had all lived together at Stanford residential.

“We probably would have become friends even without the band,” Jones said.

“We play a ton of Madden,” Jones said.

Crediting part of their early success to their dynamic cover work, Pump Action constantly performs in South Florida. The band started doing restaurant gigs, including several at Titanic Brewery, as well as on-campus events like Fall Festival, working to flex their range of covers.

“Always playing to the crowd, the setlist for a house party and at a restaurant are gonna differ a good bit,” Ford said.

Tracks like The Killers classic track “Mr. Brightside” and Jimmy Eat World’ “The Middle” have become staples to the band’s sets.

Mixed with the band’s increased presence in the Coral Gables music scene is their increased success on social media. Currently, Pump Action has nearly 1,300 followers on TikTok and 850 on Instagram, with their highest viewed TikTok reel at 61,000 views.

“Social media is life for bands… Just since we released our single we’ve gained 100 followers.” Ford said. “We were only at 500 over the summer,” Geoghan followed up.

With social media becoming ever more important in establishing a foothold in the creative world, Pump Action’s success is a strong indication for a bright future.

Collaboration is key and Pump Action sought out opportunities both on campus and off. Working with Florida bands Cannibal Kids and Mustard Service, the group began meshing with the Florida music world. 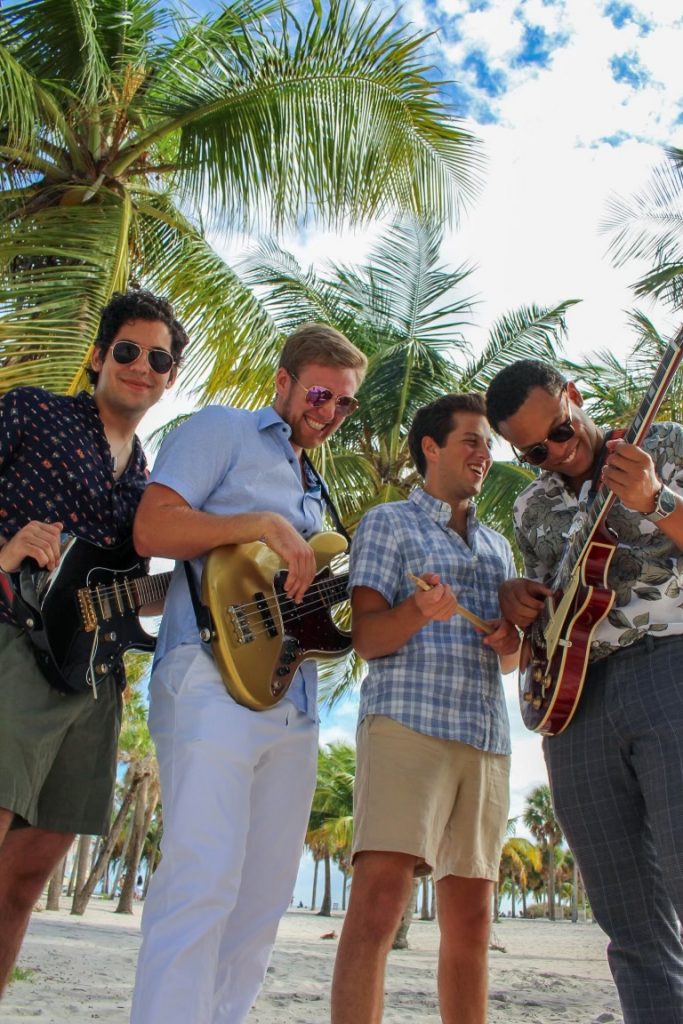 At UM, working with fellow students and other campus bands is common.

The project, as described by the band, will blend many of the elements the groups have begun to work in to create their signature “Pump Action Style.” This includes R&B rock and R&B vocals with riffs.

The band’s self-description is an apt one. Alternative R&B groups and artists have grown in success in recent years, fusing influences from across the musical landscape. “Strangers” seamlessly blends the genre with an Indie-Rock sensibility that grew in popularity through artists like Blood Orange.

“That’s what makes it fun, our music has a broad set of influences that we all bring in so it isn’t just any one thing,” Ford said.

In terms of his vocal performance, Ford mentioned Michael Jackson and Stevie Nicks as inspirations.

In addition to their upcoming EP, Pump Action has upcoming performances on Feb. 27, at the Fort Lauderdale Rhythm and Vine as part of the band Take Lead’s tour, as well as performing at the Miami Dade County Youth Fair on April 1. Future performances are updated through the band’s website and on social media, including official release dates.