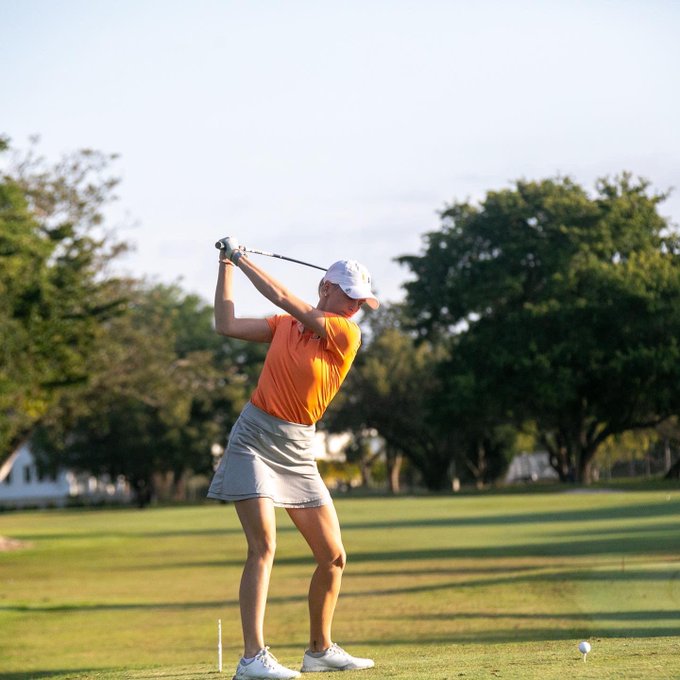 The Miami Hurricanes golf team finished in eighth place out of 18 teams at the University of Central Florida (UCF) Challenge this past weekend in Orlando, Fla.

As a team, Miami shot 10-under-par in their first action of the spring and finished 35 shots behind first-place Wake Forest. Although finishing in the top half of the field, the Canes were disappointed in their performance.

“We had much higher expectations, but we know what we need to work on and will be ready for the next one,” Miami head coach Patti Rizzo said.

Although the team as a whole did not perform as well as many had anticipated, there were still bright spots which will be used as momentum as the meat of the spring season approaches rapidly.

The team was led by second-year freshman Sarah Byrne, who ended the three-day tournament at 5-under par. Byrne shot under par all three days and shot two consecutive rounds of 71 on Sunday and Monday. On Tuesday morning, Byrne fired a 3-under-par, 69, including four birdies in her final six holes. The three straight red numbers helped her reach her ninth round of par or better during the 2021-2022 season. Byrne’s three-day total of 211 was good enough for a t-19th finish out of 99 players in the field.

Fourth-year junior Anna Backman was the only other Hurricane to finish under par with a three-day total of 3-under par. Like Byrne, Backman fired rounds of even par or better during all three rounds. After opening with an even par, 72, on Sunday, Backman shot 70 and 71 over the final two days to finish at 3-under. Her three day total of 213 placed her in a tie for 25th.

While the Hurricanes did not end where they wanted on the leaderboard, they may have their worst golf out of the way early after a two-month hiatus. Byrne and Backman will look to use their performances as momentum while the rest of the squad hopes to rebound during the Moon Golf Invitational from Feb. 20-22 in Melbourne, Fla.