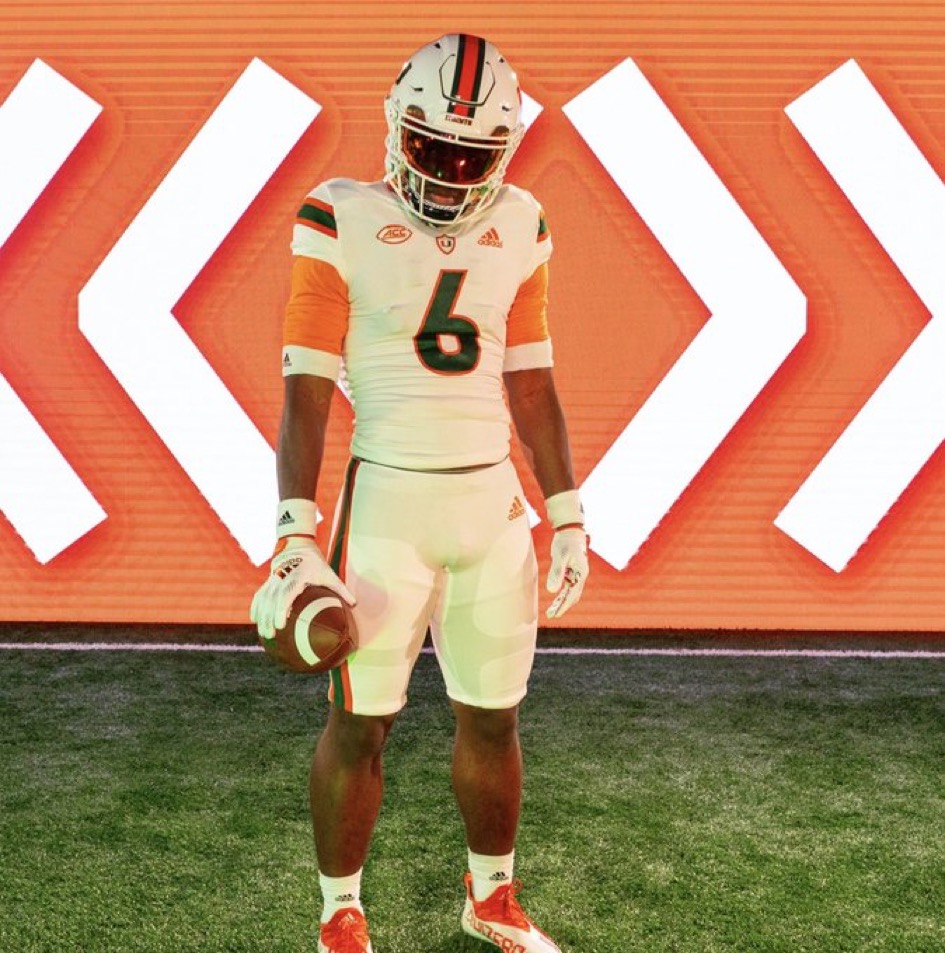 As the 2022 college football signing period has ended, the Miami Hurricanes finished with the 15th ranked recruiting class in the nation, according to 247 Sports. This was a major leap in the recruiting rankings, as when Miami head coach Mario Cristobal arrived at UM, their recruiting class was ranked in the 70s.

The Hurricanes had a few key pickups on National Signing Day that put the finishing touches on a very strong 2022 recruiting class.

The day started with a commitment from offensive tackle Anez Cooper. Cooper, who Cristobal referred to as “one of the largest human beings you will ever see in your life,” stands at 6-foot-6 and weighs in at 364 pounds. He can play on either the defensive or offensive line.

Cooper was a two-sport athlete at Pleasant Grove High School as he played basketball in addition to football. Cristobal believes that Cooper is much better than his three-star status.

The next player to commit to Miami on National Signing Day was TreVonte’ Citizen, a four-star running back from Lake Charles, Louisiana. Many expected him to sign with Louisiana State, Auburn or Florida, but Miami swooped in at the last second and added a huge boost to their running back room.

“TreVonte’ Citizen from Lake Charles Prep [is an] every down back, can run through you [or] around you,” Cristobal said. “This guy, he does it all, and [he is] a guy we really needed.”

The Hurricanes also landed a commitment from defensive lineman Ahmad Moten, who is a three-star prospect from Fort Lauderdale, Florida, attending Cardinal Gibbons High School. Cristobal spoke highly of Moten, another player whom the first-year Miami head coach was very happy to add to his recruiting class.

The final commitment the Canes received on Wednesday was from offensive tackle Matthew McCoy, who attends Creekside High School in Saint Augustine, Florida. McCoy is a three-star prospect who Cristobal believes will make a significant impact at Miami.

“[McCoy is] 6 foot 6 on our measurement, 292 pounds, enormous wingspan, athletic, great balance and body control, [he] plays with power,” Cristobal said. “[He is] going to be a great offensive tackle for us.”

Cristobal made a point of getting as many offensive and defensive linemen as he could before the signing period was over.

Although the Canes missed out on a couple of top prospects such as defensive lineman Shemar Stewart, who signed with Texas A&M, and edge rusher R Mason Thomas, who signed with Oklahoma, they still brought in 14 well-regarded prospects and five players from the transfer portal over the course of this year’s recruiting cycle that will be key contributors on the football field in the coming years.