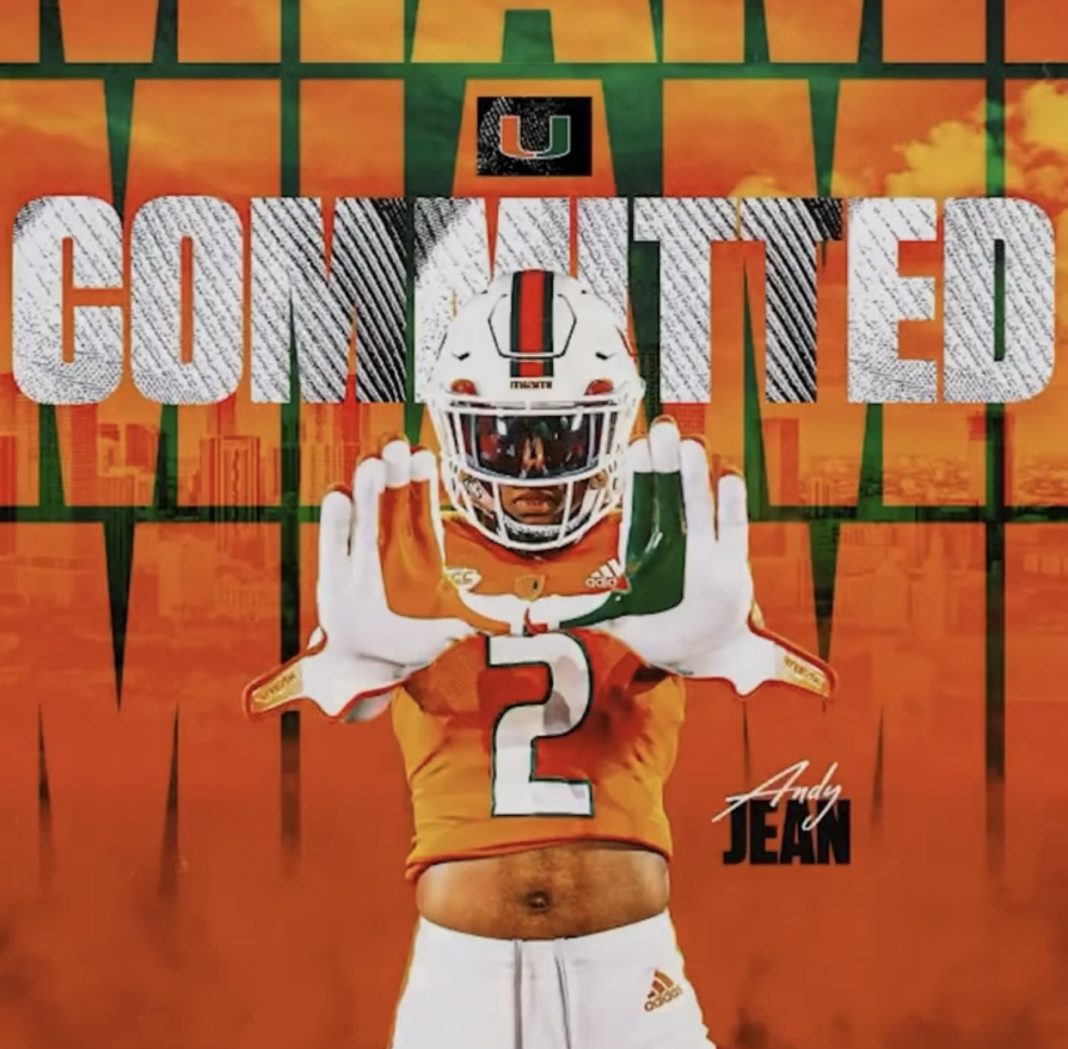 New wide receivers coach Bryan McClendon secured his first commitment as a member of Miami’s coaching staff with the addition of Andy Jean.

Jean, who attends Miami Northwestern High School, is the 401st-ranked recruit and 53rd-best wide receiver in the country according to 247Sports Composite. He chose Miami over offers from Michigan, Texas A&M, Florida State, South Carolina and others.

The 6-foot-1 standout announced his commitment in a posted video on Twitter.

“I feel like [Miami is] a great place to be,” Jean told InsideTheU ahead of his commitment. “I’ve been talking to Bryan McClendon. He’s a great coach, he’s a great guy.”

“Every time I’ve seen him, he had a smile on his face,” Jean continued about McClendon. “He talked about life. He doesn’t only talk about football. He talks about life off the field… Everything about him feels great, and I want to make the crib great again.”

Jean had a successful junior season at Miami Northwestern, catching 40 passes for 733 yards and eight touchdowns. He played on the offseason 7-on-7 circuit for the Miami Immortals.