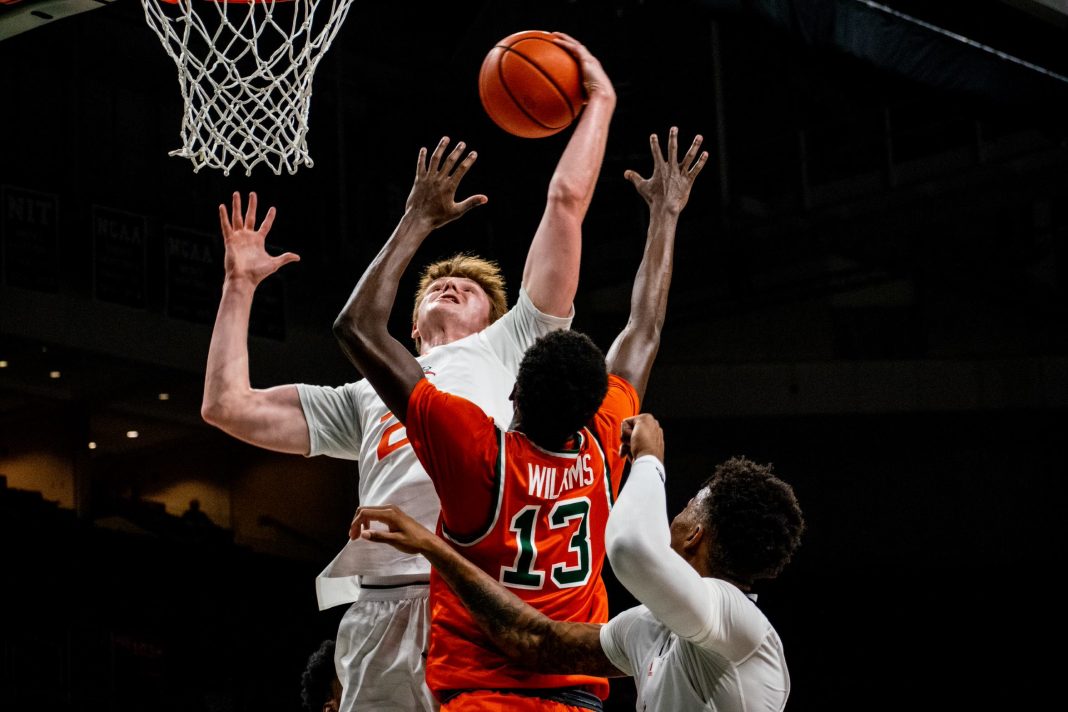 Miami men’s basketball is welcoming one of the more high-powered offenses they have played this season in North Carolina, who have won four out of its last five games.

The Tar Heels (12-4, 4-1 Atlantic Coast Conference), fresh off a dominant 88-65 victory over Georgia Tech, rank second in the ACC in points per game and first in the ACC in 3-point field goal percentage.

Leading North Carolina’s scoring attack is Armando Bacot, who is averaging 17.4 points per game this season. The junior forward is an athletically gifted finisher who possesses the quickness to roll to the basket with ease on ball screens.

“Bacot is playing at an extremely high level right now, and Carolina is really exploiting his ability to score and rebound,” Miami head coach Jim Larrañaga said. “He’s having a sensational junior year.”

Aside from slowing down Bacot, Miami’s (13-4, 5-1 ACC) transition defense will have to be superb, as the Tar Heels have been known to push the ball up the floor early in the shot clock. This is a coaching philosophy of former North Carolina head coach Roy Williams that has carried over to the current head coaching tenure of Hubert Davis.

“Despite the coaching change, they’re pretty similar,” Miami forward Anthony Walker said. “They still race up the court and try to score as quickly as possible. That is something I’ve gotten to play against over the years and Coach L really puts emphasis on, that they go attack the basket in the first five seconds of the shot clock.”

Commanding Miami’s offense is redshirt senior guard Charlie Moore, who has been on a tear as of late, averaging 20.3 points, 5.3 assists and three steals per game over his last four contests.

“He really plays basketball the way I believe you’re supposed to play basketball,” Larrañaga replied when asked about Moore. “On the offensive end, he’s such a willing passer.”

The backcourt trio of Moore, redshirt senior guard Kameron McGusty (18 points per game) and sophomore guard Isaiah Wong (15.9 points per game) will pose a serious threat to a North Carolina defense that has faced its share of defensive struggles to start the season.

“They got some guys who are dynamic and talented enough to create offense whenever they want to,” Davis said. “You just cannot give them a steady diet [of a certain defensive look] throughout the game because they get comfortable, and they understand where the different points of attack are.”

The battle between these two high-powered offenses will take place this Tuesday at the Watsco Center. Tip-off is scheduled for 7 p.m.