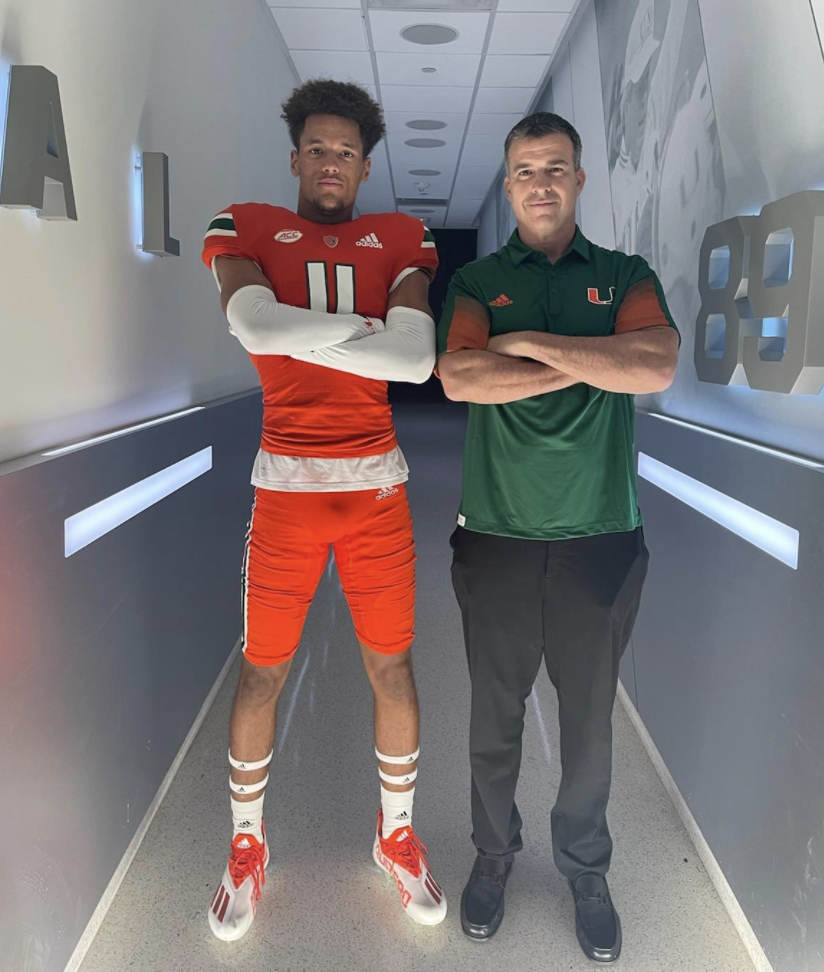 We’re loading up on the line 😈@TheCyrusMoss is officially a Miami Hurricane! pic.twitter.com/qHeRS0iFAh

A talented edge rusher from Las Vegas, Moss has been a recent Miami target under the Cristobal coaching regime. He visited Coral Gables in early December and received an offer from the school later that month.

“I got to see more of what coach Mario Cristobal is trying to build down there,” Moss told 247Sports following his official visit to Miami. “He had a clear vision of what that program is going to look like, and it definitely gave me a lot to consider.”

With a 6-foot-6 frame, Moss has a lot of room to fill out and become stronger under new strength and conditioning coach Aaron Feld. He previously played at safety and has demonstrated the ability to drop into coverage if called upon to do so; his athleticism is considered to be his major strength.

“Initially, I didn’t know much about Miami, but I just trusted in Coach Cristobal,” Moss said on NBC’s game telecast Saturday. “Over time, I just kept listening to what he said, and I realized that what they’re doing at The U is special. It’s about to be big and I can be the forefront of it, and I’m ready to get that started. Big things are about to be coming to Miami.”

Moss is the 63rd-ranked recruit and sixth-best edge rusher in the country according to 247Sports Composite ratings. Oregon, Arizona State and Southern California were among the other schools of his consideration. He will join four-star defensive lineman Nyjalik Kelly and four-star tight end Jaleel Skinner as the top-100 players in Miami’s class.