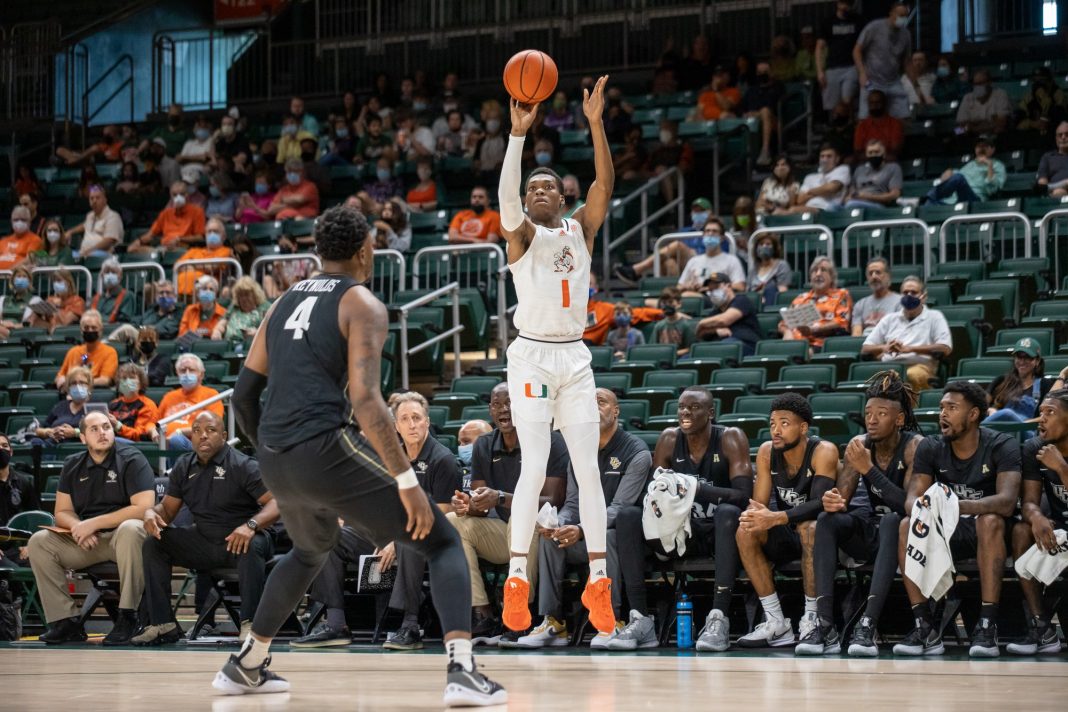 The Miami Hurricanes are rapidly heating up.

Three Atlantic Coast Conference games have come and gone, and Miami has moved to 3-0 in the conference for the first time since January 2013.

The momentum carries for UM, which is riding its longest winning streak in four years.

“Seven in a row, could not be happier to start the new year that way,” Miami head coach Jim Larrañaga said following a 92-84 victory over Wake Forest Saturday night.

Prior to their first ACC road matchup, the Hurricanes (11-3, 3-0 ACC) welcome Syracuse to the Watsco Center on Wednesday night. Miami has powered through all but one home test this winter, and knows it has what it takes to threaten the Orange.

Miami has won its last two conference matchups through high-scoring performances, scoring at least 90 points in each. The achievement separates the Hurricanes from any other conference opponent dating back to February 2017.

“A lot of it has been because of the tempo of the game. Our opponent plays very fast,” Larrañaga said.

The Canes have lacked one fundamental piece in their starting lineup, however.

Forward Sam Waardenburg, averaging 7.4 points and 3.8 rebounds, has been sidelined for two games due to COVID-19 health and safety protocol. The sixth-year redshirt senior has also shot 42% from 3-point territory this season, and is expected to return Wednesday.

Syracuse (7-6, 1-1 ACC) holds the fifth-leading scoring offense in the ACC. The bulk of the Orange’s scoring originates from veterans Buddy and Jimmy Boeheim, both sons of legendary head coach Jim Boeheim. Each average no fewer than 14 points per contest, and Buddy is the conference’s fourth-leading scorer after earning Preseason First Team All-ACC honors.

Guard Joseph Girard III collected 16 points in the Orange’s conference opener against Florida State, yet only scored three in a loss to Virginia.

“So much of defense is team defense,” Larrañaga said. “But before you can play team defense, you have to play good individual defense.”

The Canes last defeated the Orange in March 2020, the final home game of their 2019-20 season. Now, Miami seeks to continue expanding its lead in the ACC while continuing to mesh as a team that has begun to fly under the radar nationally.

“I think we just have a great team, we knew that from the beginning of the season,” sixth-year redshirt senior guard Charlie Moore said. “But, we had to get our chemistry together. This is our first time playing with a couple of transfers and, you know, new guys here. So, we just had to just adjust and pick our chemistry up. I think the more games we’re playing, we’re learning how to play off each other.”

The Hurricanes finished 13th in the conference last season following a 4-15 ACC mark, and were charted 12th in the ACC’s preseason poll. Miami has won three of the first seven total home games played in the ACC.

The ACC remains without a second represented team in the Associated Press Top 25 rankings, aside from No. 2 Duke. Miami did not receive votes in the major polls again Monday.

Syracuse leads the all-time series 20-9. Tip off is scheduled for 8 p.m.

“I’m not surprised of us right now, because we’ve got players that can play their tails off and they work hard,” Wong said. “We have the top players right now, so it’s coming good.”