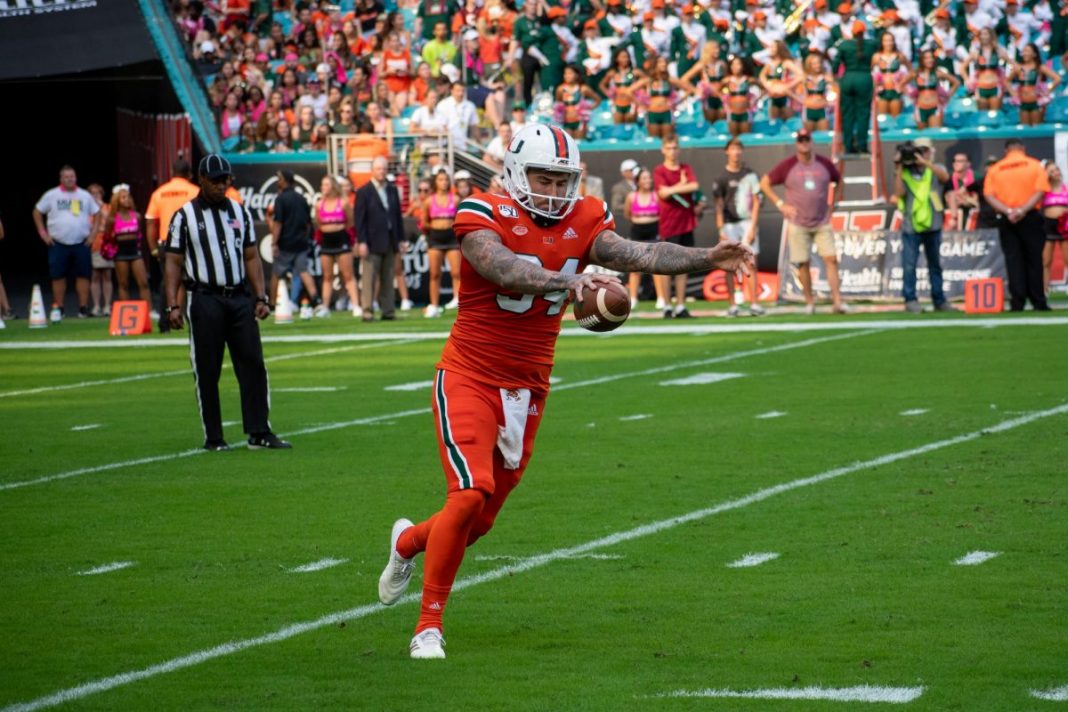 Miami’s star punter will be punting again for the Hurricanes next season.

Redshirt junior Lou Hedley, 28, announced in an Instagram post Sunday that he will return to the UM football program for his sixth season in 2022. The 6-foot-4 native of Mandurah, Australia, averaged over 44 ½ yards per punt in his third season as a Hurricane to rank second in the FBS in punting, garnering semifinalist honors for the 2021 Ray Guy Award.

Hedley also stated in a separate Instagram post eight days prior that he would return to the team had the post, a photo of him punting at Hard Rock Stadium, received over 10,000 likes. It notched over 13,000.

A former finalist for the Ray Guy Award in 2020, Hedley ranked third in the Atlantic Coast Conference in punting this fall. He did not compete in UM’s final regular season contest at Duke, a 47-10 win, nonetheless.

Hedley and the Hurricanes were scheduled to be in El Paso, Texas, for a Sun Bowl rematch against Washington State on Friday, but Miami pulled out of the game last night because the team has too many players in COVID-19 protocols to play.