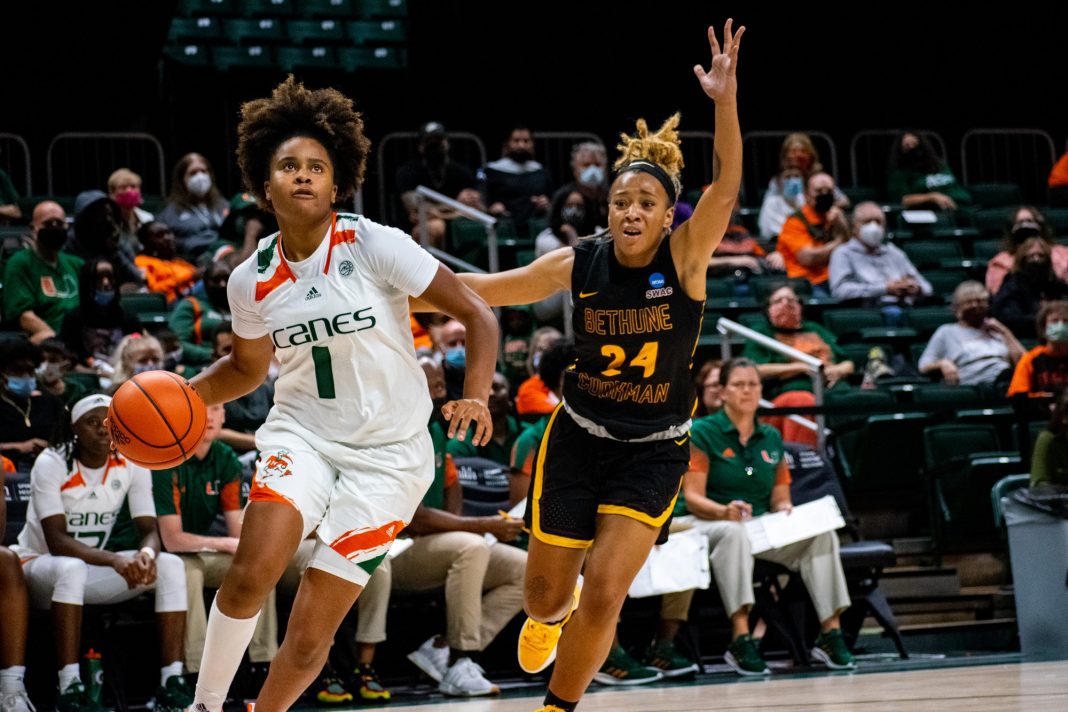 Miami’s women’s basketball home game versus the Duke Blue Devils in cancelled as of Friday afternoon, per the Atlantic Coast Conference.

Miami (7-4, 0-1 Atlantic Coast Conference) and No. 15 Duke (9-1, 1-0 ACC) were scheduled to tip off Sunday at noon from the Watsco Center. Detected COVID-19 cases amongst the Hurricanes’ roster resulted in the team entering health and safety protocols and the contest’s cancelation.

“The game will be deemed a forfeit, with Miami receiving a loss in the conference standings and Duke receiving a win,” the league announced.

The Duke at Miami Women’s Basketball Game has been canceled.

By ruling of the ACC’s rescheduling policy involving COVID-19, UM automatically forfeits its first conference matchup of the 2021-22 season. The Hurricanes had yet to lose a home contest and rode a three-game win streak into their first ACC test of the season.

Miami’s three losses came against Washington State and No. 4 Indiana over the Thanksgiving weekend, in addition to a single-digit defeat to No. 8 Maryland on the road. The Hurricanes will likely not play North Florida at home Tuesday.