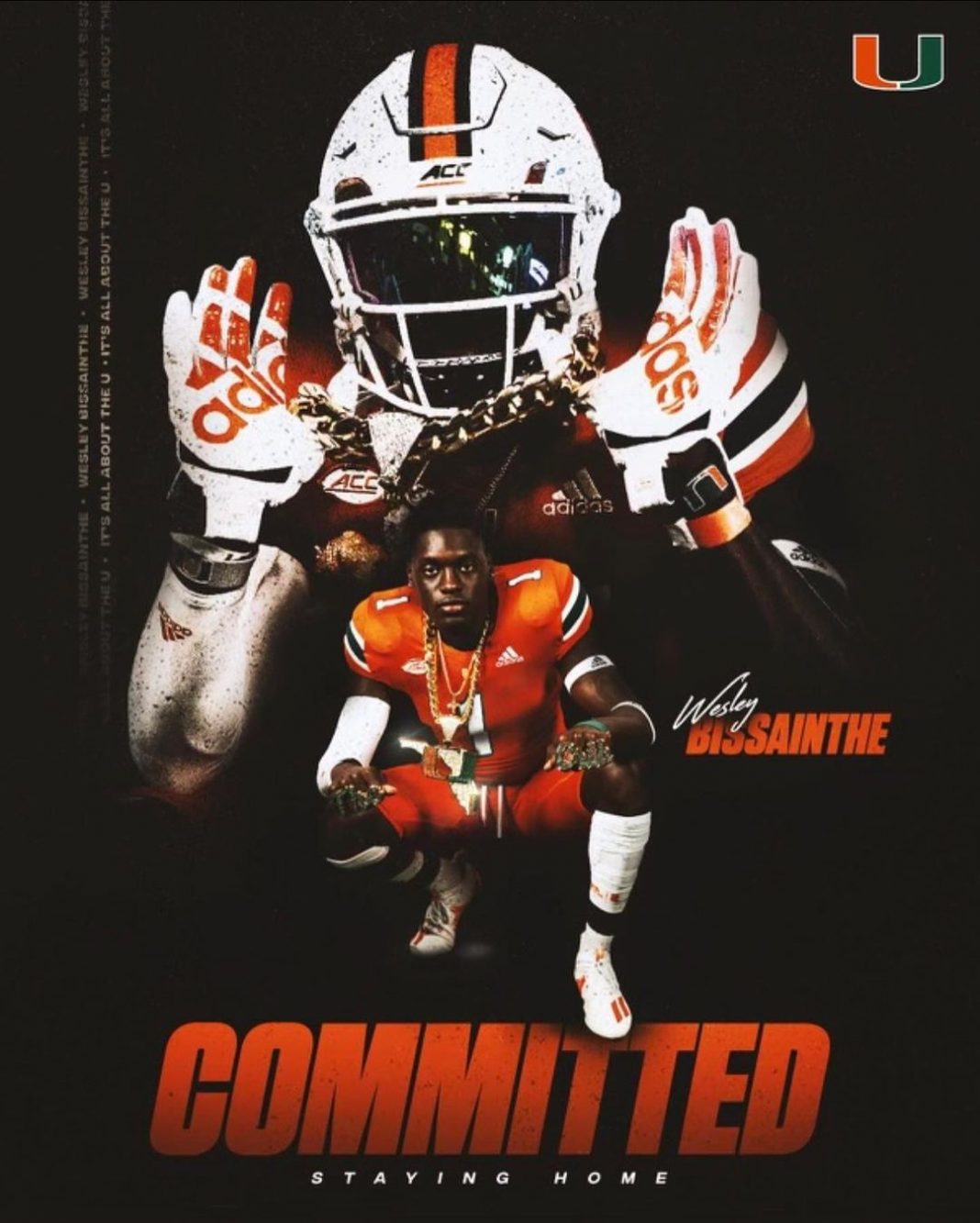 “It’s the best position for me and where I can take care of my family,” Bissainthe said.

Bissainthe, a South Florida native who currently attends Miami Central High School, is the 196th ranked recruit and 20th best linebacker in the country according to 247Sports Composite.

“A lot of my family is here, and I get a chance to expand my brand and put on for the crib,” Bissainthe said.

The Hurricanes beat out Florida State, Florida, West Virginia and Penn State, among other schools in the running for the talented defensive recruit and All-American.

Bissainthe, who stands at 6-foot-1 and weighs 205 pounds, projects as a versatile linebacking prospect who can blitz the quarterback, stuff gaps as a run defender and keep up with receivers and tight ends on passing downs.

“I felt like a priority,” Bissainthe said. “[Miami’s staff] thinks I can play as a freshman.”