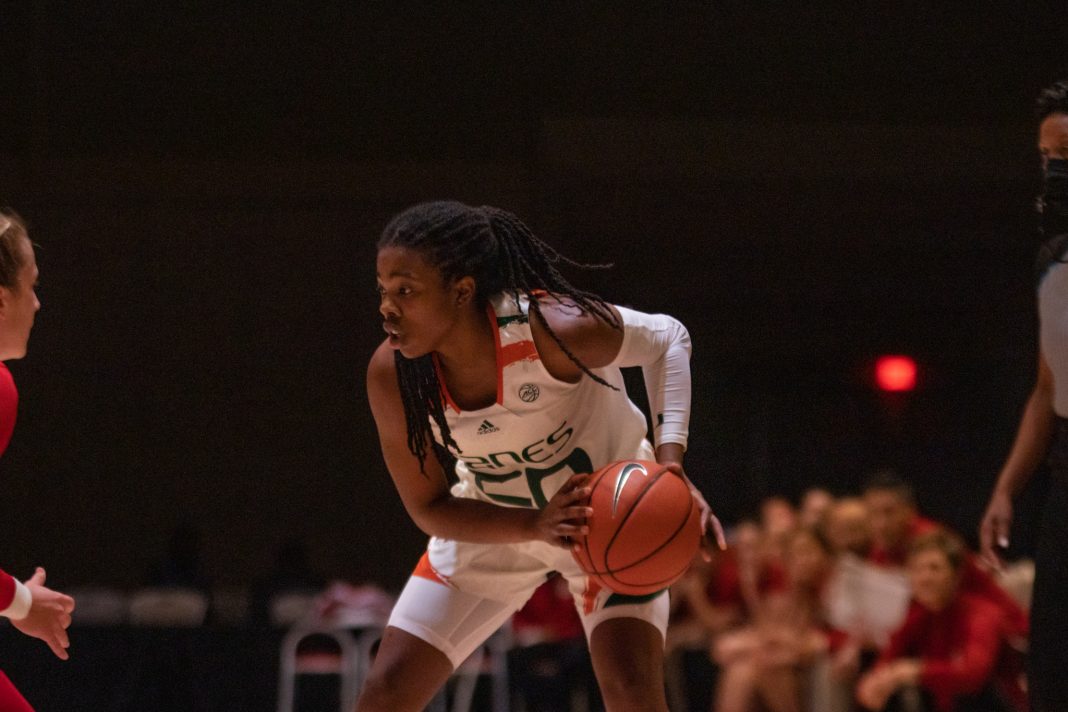 From the opening tip, Miami women’s basketball battled No. 4 Indiana down to the wire.

But even an 11-1 run in the final minutes didn’t equal a Hurricanes win on Saturday in The Bahamas.

“There was never a point where we surrendered,” Miami head coach Katie Meier said. “We were stubborn, and we fought hard. The ball still needs to go in more, but when Kelsey [Marshall] got hot, the team really adjusted. We held an incredible team about 25 points below their average and that’s necessary right now. I’m really proud of them.”

Graduate guard Kelsey Marshall missed a game-winning 3-point field goal at the last second, resulting in a 53-51 Miami loss in the second game of the Baha Mar Pink Flamingo Championship.

“That last play, 100 percent of the time I’m going back to that play and to that kid,” Meier said.

The Hoosiers (5-1) cooled off late in the fourth period, misfiring on six of its final seven shot attempts. Indiana entered Saturday averaging over 75 points per game.

Marshall, meanwhile, scored the final 11 points for the Hurricanes (4-2), drilling back-to-back threes to cut the Hoosiers’ lead to three with under 1:30 remaining. Miami’s leading scorer logged her ninth 20-point performance.

Indiana blazed ahead to start the fourth on a 9-2 burst, holding a 52-40 advantage at the five-minute mark after its 32-26 halftime lead.

With the two-point defeat, Miami falls to 5-33 versus top-five ranked teams. The Hurricanes have not defeated such opponent since dismantling No. 2-ranked Louisville in February 2019.

Miami will return to action upon traveling to the Xfinity Center in College Park, Maryland, Thursday for a matchup against No. 3 Maryland in the Big Ten/ACC Challenge. Tip-off is scheduled for 8 p.m.