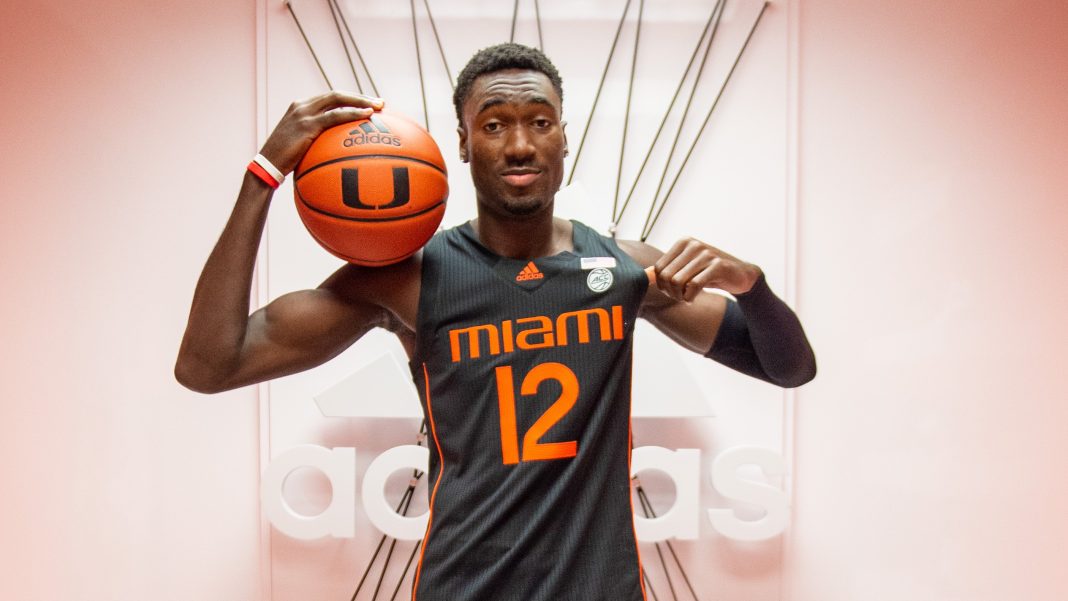 Miami men’s basketball added a fourth piece to its already loaded 2022 recruiting class on Wednesday, as the team announced the signing of Favour Aire, a 6-foot-11 forward/center from Forestville, Maryland.

“Favour is an outstanding talent. He’s a big guy with tremendous ball skills; he can shoot the three, put the ball on the ground and post up,” Larrañaga said in a press release. “He has an excellent jump-hook. Defensively, he’s an exceptional rebounder and shot-blocker.”

Aire is a consensus four-star recruit, ranked as the No. 59 player in the country by Rivals and the 12th-best center. Aire committed to the Hurricanes over offers from schools such as Maryland, Rutgers and LSU, among others.

Aire, who is considered the fourth-best player in Maryland by various outlets, is a native of Ekpoma, Edo State, Nigeria and is the tallest player to commit to the Hurricanes since Deng Gak in 2017.

As a versatile player on both offense and defense with the ability to play both forward and center. Aire, in addition to playing for Bishop McNamara High School, played on the Adidas 3SSB circuit for New World.

With the addition of Aire, the Miami Hurricanes boast a Top-20 recruiting class. According to the 247Sports Composite Class Calculator, the Hurricanes have the No. 17 recruiting class, good for first in the state of Florida and sixth in the Atlantic Coast Conference. Aire will join forward recruits AJ Casey, Christian Watson and Danilo Jovanovich in Coral Gables next season.

“I am thrilled to welcome Favour, AJ, Danilo, Christian and their families into the Hurricane basketball program,” Larrañaga said. “All four of them fit exactly what we are looking for in a high school recruit. Each is a tough, talented player who has faced strong competition and is ready to work hard at the next level. My staff and I cannot wait to get them on campus and begin coaching them.”