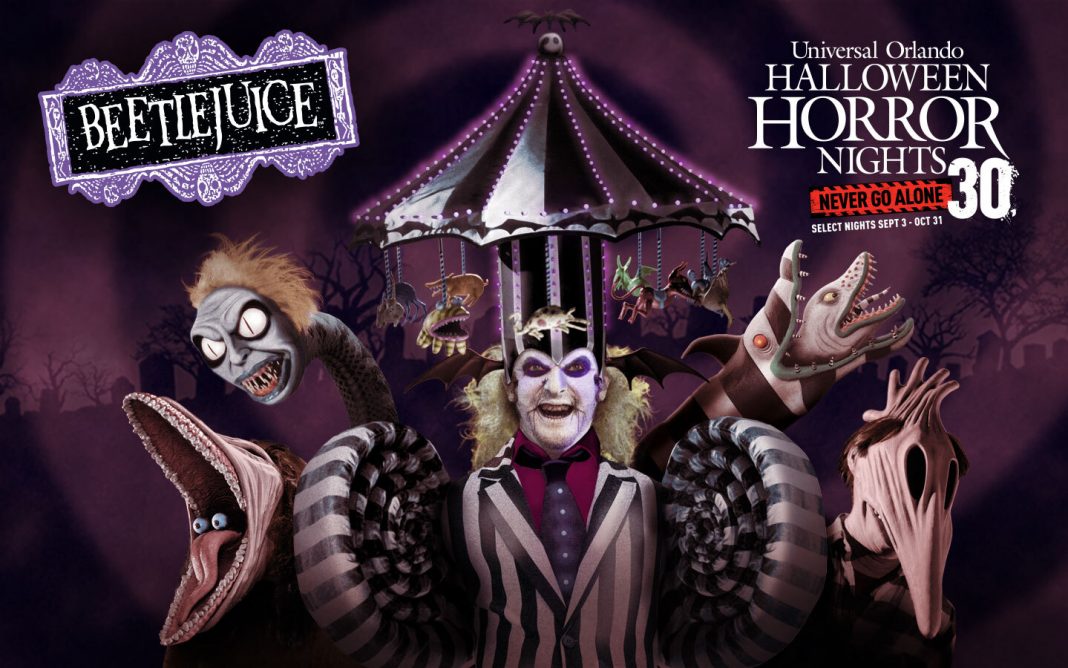 Only a few nights remain to witness “Halloween Horror Nights” at Universal Studios in Orlando but take the attraction’s warning to never go alone very seriously: With 10 haunted houses, five frightening scare zones and the only light source being the moon, visitors will be scared.

As you walk past the 20-foot-tall ghosts, scary clowns and lots and lots of chainsaws abound. Haunting screams echo throughout the park as you approach “Terror Tram: The Ultimate Purge” and “Halloween 4: The Return of Michael Myers,” some of the popular fright-themed attractions. And at any moment, a macabre costumed character can jump menacingly out of nowhere.

It’s all great fun, say some of the brave University of Miami students who are visiting the park specifically for Horror Nights.

“My experience was great minus the long lines for some of the rides,” said Mark Iocco, a senior computer science and Spanish major who had never been to Halloween Horror Nights before.

Iocco, along with a group of other UM students, visited the park during fall break. Iocco said his favorite ride was the Harry Potter and the Escape from Gringotts indoor rollercoaster that offered lots of special effects and 3D features. The wait for this ride can climb to 120 minutes

“Definitely worth the wait,” Iocco said.

This year, Horror Nights is celebrating 30 years of offering fright-filled fun to visitors. The special theme began in September and runs from 8 p.m. to 2 a.m. on certain days throughout October until the 31st.

At the start in 1991, tickets for Halloween Horror Nights, or Fright Night as it was originally named, cost $12.95 per night. Prices now range from $70.99 for the most basic ticket to $749.99 for the Ultimate Frequent Fear Pass with Express.

The prices did not seem to scare the UM group, nor did the pandemic keep them away, said Iocco, who added that beiing fully vaccinated made him feel perfectly comfortable in the large crowds.

“Only 15 percent of the people there were wearing masks outside, and only about 20 percent inside,” Iocco said.

The fans are returning, said Jonathan Kramer, a ride operator at The Wizarding World of Harry Potter for the past four years. Because of the COVID-19, Universal Studios did not host Halloween Horror Nights last year.

Perhaps the most magical thing about it all are the dedicated actors who make Halloween Horror Nights possible, Kramer said.

“I haven’t seen this many muggles wandering around since before I can even remember,” Kramer said. Halloween Horror Nights is always my favorite time of year.