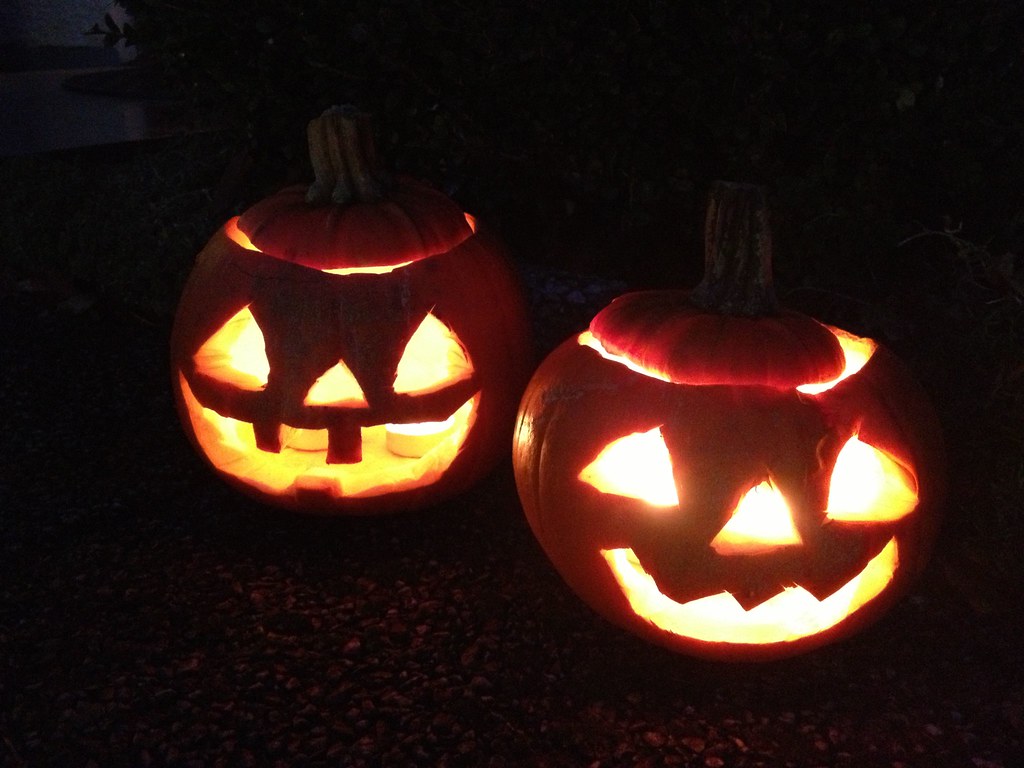 Unlike Christmas, Halloween is a holiday that many artists forget when crafting holiday music. Although they’re great songs, we’ve played “Thriller,” “Monster Mash” and “Ghostbusters” on loop for decades. It’s long overdue that we find some modern bops that won’t bore party guests.

Below is a selection of modern, pop, party-ready bangers to turn up this year’s costume party. Whether it’s the title or the lyrics, each song can be interpreted as spooky in some way. The whole playlist is not featured here, so make sure to check out the Spotify link at the end. With this playlist full of blissful dance tracks and radio hits, you have no excuse to let your party fall flat.

‘Mother Monster’ herself has released plenty of tracks that could’ve been featured on this list. On “Monster,” Lady Gaga belts through an upbeat melody about the monster inside her lover. “Heavy Metal Lover” showcases a darker, kinkier side of the pop diva and “Plastic Doll” highlights the unexpected chemistry between her and industry newcomer Ashnikko. You truly can’t go wrong with Gaga.

An undeniable queen of dance pop, Britney Spears can light a party up. “I’m a Slave 4 U,” released at the age of nineteen, is perhaps the most confident selection from Spears’ discography. “Womanizer,” a freakishly-delightful anthem dedicated to a man who is simply a playboy, will sound perfect as you pour up another glass.

This single off the Canadian R&B singer’s third album “Starboy” showcases the ghastly side of the popular musician. Complete with a dark trap beat, “Party Monster” is a party requirement.

Ava Max captivated the world with her haunting mainstream breakthrough “Sweet but Psycho,” released alongside a high-budget, creepy music video. “Belladonna,” a deep cut from Max’s debut album “Heaven & Hell,” is a standout track from the project, one that mixes moody pop with dark lyricism.

No party is finished without a song by Queen B. A track from the diva’s self-titled effort, “Haunted” finds Beyonce shimmering through robotic vocals. It’s lyricism is straightforward, as the singer harmonizes about her deep desires.

A-Trak’s widely-recognized remix captures a frightening side of house music. Deemed a modern Halloween classic, this updated version of the indie rock band Yeah Yeah Yeahs’ track isn’t for those who don’t like to dance.

All four tracks stem from Kim Petras’ 2019 Halloween-inspired sophomore album “Turn off the Light,” which incorporates elements of industrial techno and electropop. Largely considered the underground princess of Halloween, the German pop starlet shines while crooning through disco-pop tracks about blood, gore and drugs.

Although Rihanna hasn’t blessed us with new music in half a decade, her discography still possesses some of the darkest mainstream radio hits. “S&M” channels the singer’s naughty side, while “The Monster” features Enimem rapping through his distorted feelings. On the other hand, the gloomy aura of “Disturbia” and “Mad House” add some grit to the Halloween spirit.

Demi Lovato struggled publicly with drug addiction, using that adversity to craft hauntingly gorgeous pop ballads like “Dancing with the Devil.” Both tracks stem from their seventh studio album that focus on this volatile lyricism. “Met Him Last Night,” penned by Grande specifically for Lovato, compares both singer’s mental health struggles to talks with the devil over a shadowy, danceable trap beat.

Miley Cyrus didn’t sit back during the pandemic and transformed herself into a modern-day glam-rock songstress on her album “Plastic Hearts” “Prisoner” and “Night Crawling” are two of the former Disney star’s standout tracks, complete with dazzling features from rock icon Idol and British disco queen Dua Lipa.

Ty Dolla Sign has asserted himself a versatile, metamorphic figure in modern music. This collaborative grouping might be strange, but the pairing works. “Ego Death” is what you get when you combine hard-hitting rap verses with Twigs’ soul-stirring vocals and a demanding house beat.

Mansionz, an unfortunately short-lived duo of emo-pop singers Mike Posner and blackbear, explored the deep thoughts of a mainstream pop star on their self-titled project. “Wicked” is a vocal-heavy anthem about a twisted woman, one who tempts men and uses them for their attention and money.

Gloomy pop is what Eilish crafted a career from. Songs such as “bury a friend” and “all the good girls go to hell” are evocative of her discography, one that’s equally dreary and wistful while still turning the speakers up.

Minaj is perhaps the largest success of female rap and pop crossover acts, defining what it is to be both a pop star, socialite and an uncompromising MC all in one. “Roman Holiday,” a spooky rap/sung performance where Minaj performs an exorcism on herself through her various alter egos, was among the most acclaimed tracks from early in her career. “Monster” possesses arguably Minaj’s best featured verse, as she declares and compares herself a monster similar to Freddy Kreuger.

Check out the full playlist here.