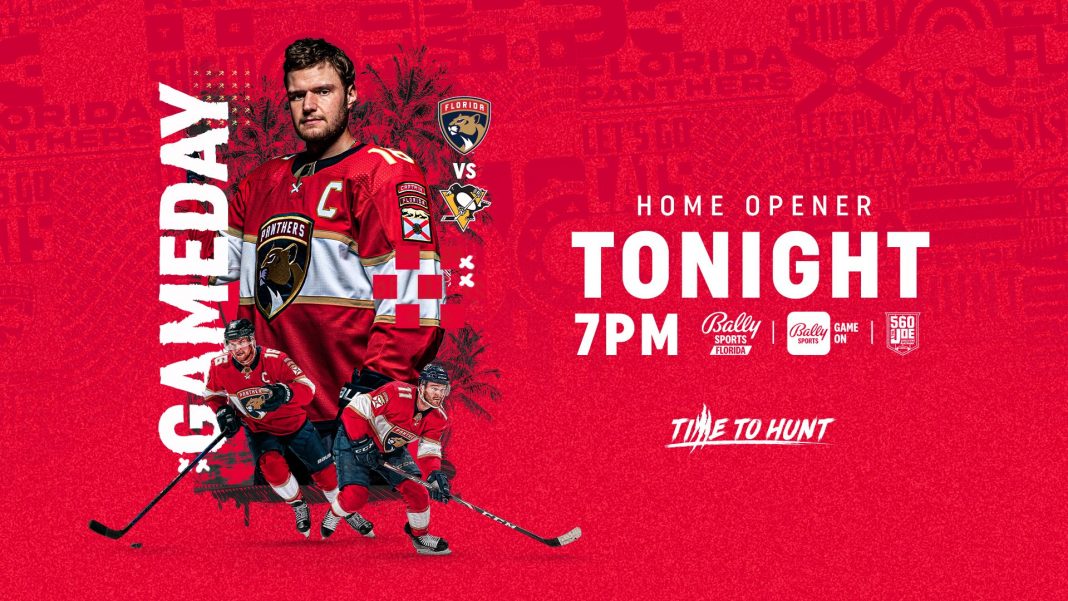 For many Panthers fans, the end of last season was nothing new as a franchise that has waited decades to win a playoff series fell short of its goals once again.

However, coming off of a season in which they posted the best point percentage, 70.5 percent, in franchise history, an underwhelming result meant the best was yet to come for the Panthers; it further motivated the organization to make the necessary moves to get over the hump and become a true contender in the National Hockey League (NHL) for the first time in decades.

With second-year general manager Bill Zito at the helm, the Panthers have done just that.

This year’s offseason moves have put the Panthers in prime position to take the next step in working towards championship hopes.

Most of the offseason was focused on retaining pieces that brought the Panthers success last season, which included re-signing upper-line forwards Sam Bennett and Anthony Duclair and extending forward Carter Verhaeghe, who had a major breakout season in 2021.

One surprising move was the addition of seasoned veteran Joe Thornton, who turned 42 in July. Entering his 24th season in the league his leadership presence in the locker room will be a valuable asset to this team.

In addition, the offseason saw the return of key defensive players as well. Gustav Forsling was re-sign ed to a three-year $8 million extension this summer after a breakout season that saw him receive significant time on the Cats’ top defensive pairs.

Returning defensemen also include mid-season trade acquisition Brandon Montour, who signed a three-year, $10.5 million contract to stay with the Panthers, as well as Radko Gudas, who provided serious energy and hits on the Panthers’ blue line, leading NHL defensemen in hits with 250 in the 2020-2021 season.

“I think that the players are proud to be Panthers,” Zito said of the team’s new culture going into the new year.

Despite the strides the Panthers made in the regular season, Zito is adamant about performing in the sport’s biggest stage.

“To me, it wasn’t good enough. We didn’t win, and we are measured by our results on the ice,” Zito said.

The acquisition and retention of key forwards and high-energy players on both sides of the puck are what gave this Panthers team its unique identity in 2021: a fast, mean, and aggressive scoring team.

That was reinforced with the highlight of Florida’s offseason this summer: the trade acquisition of star forward Sam Reinhart from the Buffalo Sabres.

Reinhart, a consistent 20-plus goal scorer in Buffalo and second overall pick in the 2015 Entry Draft, had grown disgruntled with the Sabres organization amidst a decade-long playoff drought and the team’s unwillingness to keep him long-term.

After learning that he had become a member of the Panthers, Reinhart was eager to have a fresh start with a new team.

“It’s exciting and has that extra level of motivation, knowing the group of guys they have, knowing the talent level that’s there and what they’re setting out to do, what their goals are,” Reinhart said.

With a roster this deep and competitive heading into a new season, fresh off a playoff berth, the expectations for the Panthers to finally make the jump are higher than ever.

“I think internally there’s expectations, as teammates, as linemates. I think that’s a healthy situation to be in,” Head Coach Joel Quenneville said. “Our division is going to be in a position where you’re going to have to have a heck of a year just to make the playoffs.”

And yet, mentioning the depth and potential of this Panthers roster as it is now would be remiss if the number of exciting, young prospects entering the roster were to be glossed over.

The brightest spot from the wave of Panthers’ prospects is highly-touted goaltender prospect Spencer Knight, who was the top-ranked goaltender in college hockey.

The Panthers officially signed Knight to the roster with a three-year entry-level contract towards the end of last season. Knight shined in his debut against Columbus on Apr. 20 and led the Cats to a playoff victory against the back-to-back Stanley Cup champions in the Tampa Bay Lightning.

Florida’s prospects coming up the pipeline also include touted forwards Anton Lundell, Justin Sourdif, and Logan Hutsko, as well as defenseman Matt Kiersted, who also made his debut in 2021.

However, the burning question that dominated the offseason was the extension status for the Panthers’ superstar forward and captain, Aleksander Barkov. Barkov was scheduled to be an unrestricted free agent after the 2021-22 season, but he signed an eight-year $80 million extension Monday to remain with the Panthers.

Barkov scored 26 goals and 58 total points in a condensed season, while also winning his first ever Selke Trophy award, given to the forward with the best overall defensive play of the season.

In the 2021-2022 season, high hopes and expectations will follow this reinvigorated Panthers squad as the team looks to bring Lord Stanley to South Florida.

The Cats will get their first chance to pursue that goal tonight at 7:00 p.m., when they host the Pittsburgh Penguins at the FLA Live Arena.