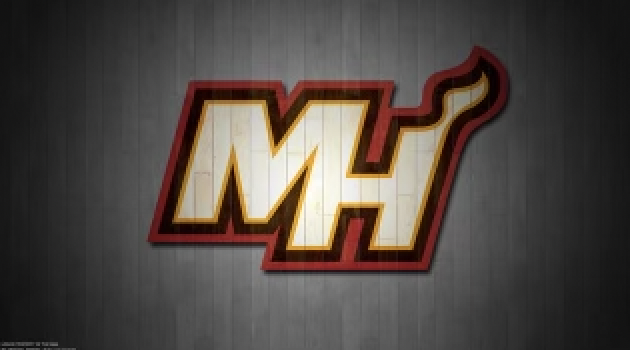 Moments after his first day of training camp with the Miami Heat, P.J. Tucker coined a phrase to describe the intensity of practice.

Bam Adebayo took the floor on the first day of practice in a No. 40 practice jersey, the number worn by 19-year Heat veteran Udonis Haslem. Haslem is currently away from the team due to the passing of his father.

You're in our thoughts, @ThisIsUD! ⚓️

“Just showing my support for him and letting the guys know he’s still here even though he’s not here (for the start of Training Camp). You’ll still see 40 walking around this gym.” – @Bam1of1 pic.twitter.com/iSxYFX282e

The action produced multiple highlight-worthy plays, including a sequence that featured each of Miami’s three All-Stars touching the ball. Lowry rocketed a full court baseball pass to Butler, who took a few dribbles and lobbed an alley-oop to Adebayo for a two-handed slam. On the other side, Herro drew cheers from teammates and coaches by taking one dribble off a curl cut and throwing down a vicious one-handed dunk.

“I love being able to come out here and compete,” Butler said. “You can really tell the work that [my teammates have] been putting in over the summer.”

For Lowry, the most important thing for the team right now is to get reps on the court together as the Heat look to compete in a new-look Eastern Conference.

“I think it’s just going to be a fun time with all of the guys that we have here,” Lowry said. “For me it’s just about picking and choosing when the time is to be vocal and when it’s the time to just sit back and see what’s going on.”

Head Coach Erik Spoelstra said Friday was the most the team scrimmaged during training camp. Before the scrimmage started, Spoelstra intended to try three to four different lineups with members of the projected starters, but once Robinson, Lowry, Butler, Tucker and Adebayo hit the floor, he opted to let the group compete together for the entire scrimmage.

“We kind of wanted to build up to this and then let guys just run it out,” Spoelstra said. “Even through some of the fatigue and some of the mistakes, it was really good just for some of our guys to get that continuity.”

The Heat will put their work to the test on Monday, Oct. 4, in the team’s first preseason game. Per Spoelstra, every player on Miami’s roster will be available to play, except for Victor Oladipo, who is recovering from a quadriceps tendon injury.

Tipoff is set for 7:30 p.m. as the Heat take on the Atlanta Hawks at FTX Arena.