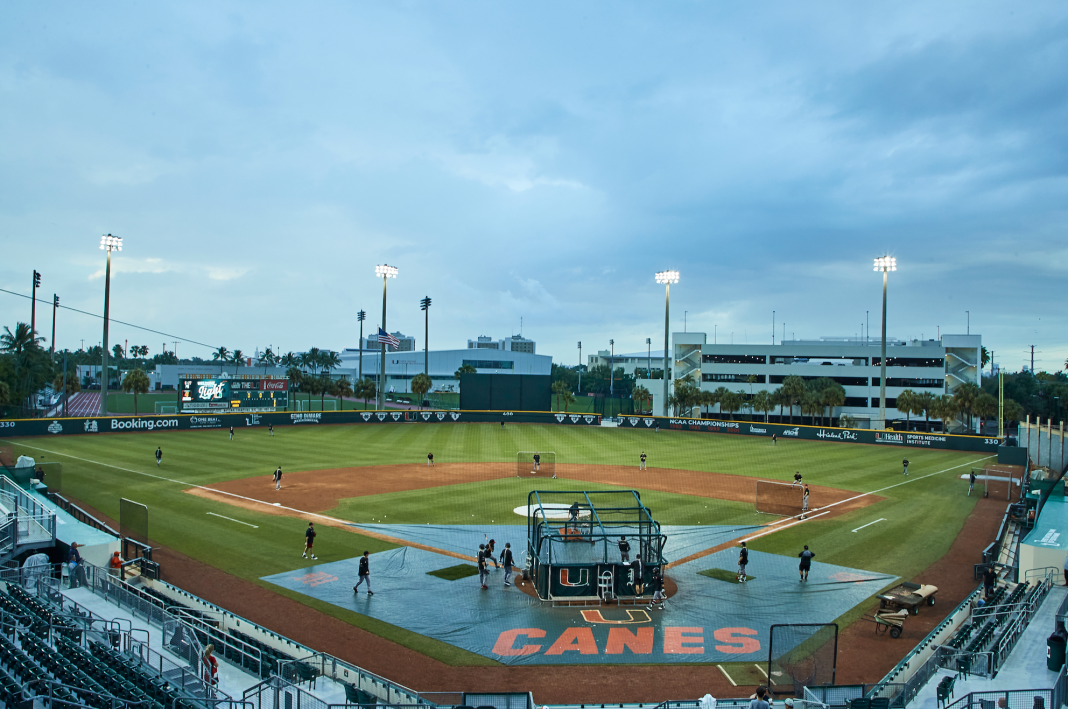 Miami baseball will play a fall scrimmage after not competing last fall because of COVID-19, the team announced Tuesday.

With an exhibition scheduled for 12:30 p.m. on Oct. 23, UM travels to Boca Raton, Florida, to play Florida Atlantic University at FAU Baseball Stadium. It will be the third meeting in four years for the two schools. Miami has won the past two matchups, scoring 19 total runs.

“After last fall’s scrimmage was canceled due to COVID-19 restrictions, we are happy to have the opportunity once again to play FAU,” Miami head coach Gino DiMare said in a statement. “This game allows our players to get that game-like experience that you don’t quite feel playing intrasquad games amongst yourselves. It’s the closest simulation to a regular-season game that we will get to play before the spring season starts.”

As a team with the top-ranked recruiting class in the Atlantic Coast Conference, DiMare looks forward to the opportunity prior to the beginning of the spring season.

“We are playing at FAU this year, which will also help our younger players get a taste of what a road game routine looks and feels like,” DiMare said. “For our coaching staff, it’s another tool to evaluate our players outside the normal practice and scrimmage days.”

The 12-inning exhibition is UM’s only fall contest versus another school while the program’s annual Orange and Green World Series will take place in the final weekend of October.

Three and a half months have passed since the Hurricanes’ elimination from the NCAA tournament in Gainesville, Florida. UM posted a 20-15 conference mark with seven conference series wins, yet lost infielders Alex Toral, Raymond Gil and Anthony Vilar to either the 2021 MLB Draft or the NCAA transfer portal. Former preseason All-America honoree Adrian Del Castillo, who hit .275 with a team-most 13 doubles as a sophomore catcher, also departed UM for the MLB draft.