Henri R. Ford became dean of the Leonard M. Miller School of Medicine on June 1, 2018, after serving as the senior vice president and chief of surgery at the Children’s Hospital of Los Angeles. He received his bachelor’s degree in public and international affairs from Princeton University and his M.D. from Harvard Medical School. Ford also holds a master’s of health administration from the School of Policy, Planning and Development at the University of Southern California.

Ford, who was a DJ and a barber in high school, is married with two children. He says he is motivated by his family’s support and the chance to make a difference in the lives of students and the Miami community.

“I am a servant leader who believes that ‘there is no satisfactory substitute for excellence,” Ford said.

Ford says he is excited for what the future holds and propelled by the opportunity to guide a new generation of physicians.

“I look forward to many more years of inspiring our medical students to serve and transforming them into outstanding physicians and physician scientists.”

His advice to freshmen is short, sweet and to the point: “Never quit, never give up, and no simply means not now.” 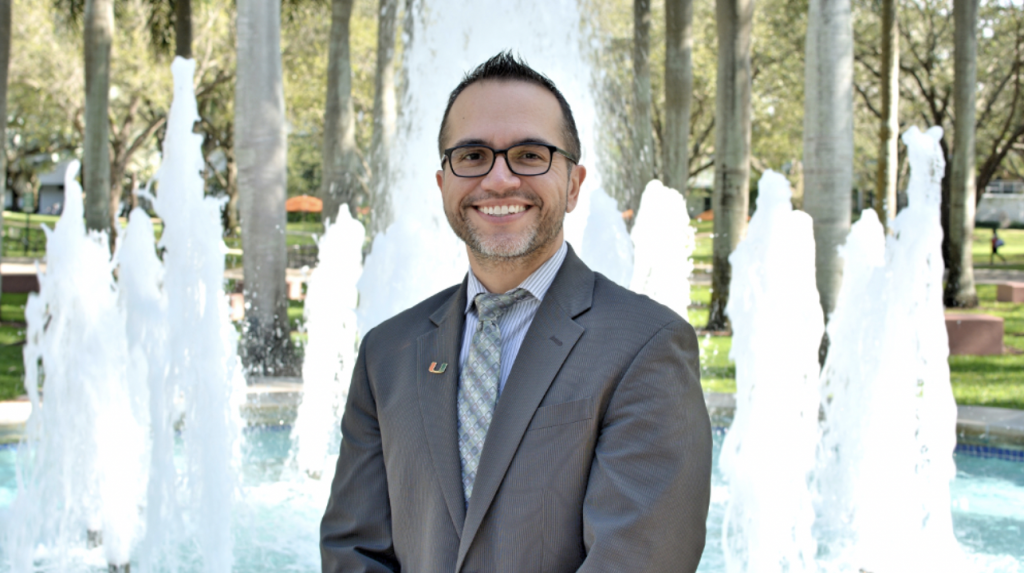 Guillermo “Willy” Prado came to the University of Miami as a faculty member in 2007 after being recruited from Florida International University. He was officially promoted to dean of UM’s Graduate School in February 2016. Prado’s research focuses on reducing health disparities, with a special interest in reducing substance use and HIV disparities among Hispanic adolescents. Since graduating from UM with a doctorate in public health and epidemiology, Prado has worked to promote mental health awareness, end the obesity epidemic and eliminate disparities in health care. In addition to his role as dean, Prado serves as UM’s vice provost for student affairs. He is committed to faculty advancement, professional development for graduate students, and student diversity, equity and inclusion.

Prado, whose father is from Mexico and mother is from Cuba, was born in Mexico. He considers himself both Mexican-American and Cuban-American, and says his family is his source of inspiration.

Prado is motivated by his desire to help people, which he says learning and working at UM has enabled him to do on a wide scale.

“I have been incredibly fortunate to have loved every role I have had at UM over the years,” Prado said. “I am always motivated by the populations I serve – whether that be faculty, students or the broader South Florida community.”

Prado advises new students to use their UM education as an opportunity to achieve their dreams.

“Study and work hard, have fun (at UM and always in life) and stay humble. Always remember, you can achieve all that you want to.” 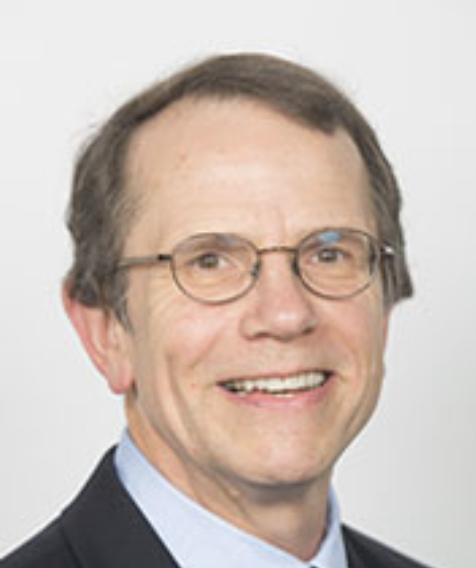 Acting School of Law Dean Stephen J. Schnably came to the University of Miami as a law professor in 1988. Schnably, who was appointed acting dean on July 1, earned his bachelor’s and Juris Doctor from Harvard, and later clerked for Judge Leonard Garth of the U.S. Court of Appeals. He then studied at University College, Oxford, on a Knox Fellowship, before going back to his hometown of Washington, D.C., to practice law at the WilmerHale law firm. Although Schnably was born in Oak Park, Ill, he grew up in northern Virginia. His practice at Wilmer focused on commercial litigation and international arbitration.

Schnably has worked on several high profile cases throughout his career. He spent several years working on a lawsuit against the United States brought by the people of Enewetak, a Pacific atoll. The lawsuit arose out of the U.S. military’s use of Enewetak for more than 40 nuclear tests between 1948 and 1958. Schnably also represented the family of Hugo Spadafora on a pro-bono basis before the Inter-American Commission on Human Rights. He went on to win a ruling that Panama – under the control of its army commander General Manuel Noriega – was responsible for the horrific torture and murder of Spadafora, a Panamanian opposition figure.

At Miami Law, Schnably has taught constitutional law, property, international human rights law and a seminar on “The Criminalization of Homelessness.” The seminar grew out of his long-time role as ACLU co-counsel with Benjamin Waxman from 1994-2019 in Pottinger v. City of Miami, a case that led the federal district to approve a consent decree that protected the rights of persons experiencing homelessness against repeated arrests for minor infractions such as obstructing the sidewalk.

Schnably advises new students to explore the various opportunities offered by UM and the Miami community.

“Use your time in college to open up new horizons – take some courses outside your comfort zone, get involved in student organizations, explore the Everglades with new friends,” he said. “Make sure you get plenty of writing experience – you’ll be glad you did no matter what career path you follow. And if you’re thinking about law school, come visit us at Miami Law – we’re right across from the Shalala Student Center.”