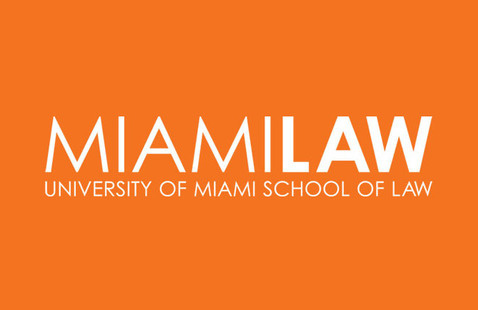 Alumni, students and faculty concerned with the lack of explanation behind University of Miami President Julio Frenk’s decision to fire UM School of Law Dean Anthony Varona continue to push the university for answers, despite widespread support for his transitional replacement.

“The abrupt termination of Dean Anthony Varona, and the upheaval that has occurred in its wake, has been a terrible blow to our community,” faculty said in the letter, which was sent to various news outlets on July 5, according to a signee.

The letter, signed by 16 law professors, is the latest addition to the chorus of public support for Varona and public criticism of UM administration’s ongoing handling of the firing.

After Frenk announced Varona’s firing, support for the dean was immediate. Over the past month, faculty groups, prominent alumni, national law groups and elected officials have emailed Frenk to demand transparency and criticize the manner in which he fired Varona. On May 27, the faculty senate unanimously passed a resolution denouncing the decision.

Varona’s accomplishments as dean include admitting what he said was the strongest law class in over 30 years, raising $8 million, launching an environmental law program, and adapting learning models to the COVID-19 pandemic.

Varona and Frenk did not reply to The Hurricane’s requests for comment.

On June 4, Miami law’s LQBTQ advocacy group, Outlaw, delivered a letter to Frenk signed by over 150 alumni asking for transparency and expressing support for Varona. Varona is openly gay and, upon his firing, rumors spread that his sexual orientation was a motivation for the firing.

Frenk responded to many emails protesting his decision with the same non-specific email.

“I appreciate your thoughtful letter regarding the School of Law. As we emerge from the challenges of a pandemic, we must recommit to delivering for our students, whose accomplishments we hope will mirror the success of our alumni. To improve the law school’s performance, new leadership is essential,” Frenk said in the email. “Miami Law has my full support in continuing the progress made over the past decade on issues of diversity and inclusion, cutting-edge clinical programs that advance social justice, hemispheric leadership, and scholarship on the law in action.”

Frenk sent an identical response to Joseph Klock, an alumnus who emailed him directly with his own concerns.

“While Dean Varona and I agree on very little, that does not extend to his performance at the UM law school. He is an excellent dean, beloved by students, and highly respected by his colleagues on the faculty. Your letter, festooned with praise as it is, comes off as hiding some horrible moral failing, when that is not the case at all,” Klock said in the email.

Klock’s email was provided by a source who was CC’d on his email. Klock did not reply to a request for comment. Frenk’s full email can be viewed here.

Klock is not the only alumnus angry about the firing and skeptical of the president’s declared reasons for firing Varona.

“I have never seen anything like that, essentially getting fired on an email and everyone being notified that it happened,” said UM law alumnus and Miami Dade Public Defender Carlos Martinez. Martinez also emailed Frenk to voice his concerns and demand answers.

Martinez, a public defender, said working with Varona was a joy, adding that the former dean often visited his office with students interested in working with him.

Frenk responded to Martinez by saying that he could not meet with individual alumni and falsely claimed that because Martinez had signed the alumni letter supporting Varona, statements from alumni leadership sufficiently expressed his views, Martinez says. Martinez, however, explained that he chose not to sign the letter because of its focus on the bureaucratic processes behind Varona’s firing.

Frenk fired Varona without consulting faculty, despite section C15 of UM’s faculty manual requiring faculty committee review of disciplinary actions and terminations prior to the end of university faculty members’ contracts. Frenk met with the current and former president of the alumni board. According to sources, Frenk did not provide answers or an explanation at the meeting.

Frenk has communicated that he intends to work with alumni and faculty when finding a new dean, but Martinez, who was involved with the search and hiring committee that chose Varona, says he is unimpressed.

“That just rings hollow, that is exactly what we did before selecting Dean Varona,” he said. “And you did what you wanted despite all the support the dean had.”

Some alumni say they are worried about the potential effects that Varona’s firing will have on future alumni donations and public trust in Frenk’s administration.

“There are key alumni who have lost faith in the president,” said Martinez, who says he believes that this firing could impact fundraising and gift-giving. Some alumni say they have already rescinded donations planned for UM.

Edith Osman, a former president of the Florida bar and UM alumni association member, spoke fondly of working with Varona and said she is worried about the potential consequences of Frenk’s decision.

“In my speaking with other alumni, they have all told me it has had a terrible chilling effect on their feelings towards the university and their feelings about contributing,” Osman said. “I’m almost sleepless about it, not understanding how this could happen.”

In the face of public criticism for his handling of the firing and outspoken support for Varona, Frenk has made no public statements, declined to speak with the media and doubled down on his decision to fire Varona. The newly-released statement signed by UM law professors questions whether UM’s Board of Trustees was involved in the decision.

“Since May 25th, the faculty has repeatedly sought answers to these questions. Was this decision made at the behest of one or more members of the Board of Trustees?” faculty said in the letter. “Is the decision the first step in a larger plan for the Board of Trustees to breach the wall between board governance and daily management of the university? Did racial bias, sexual orientation bias, ideological bias, or any combination of the three, play a role in the decision?”

In his email announcing Varona’s firing, Frenk cited issues with Varona’s fundraising as the main reason behind his decision, despite the fact that Varona has reportedly raised over $8 million in under two years leading UM law. This assertion has drawn continued scrutiny by the UM law community.

“The administration’s only publicly offered reason for firing Miami Law’s first Hispanic, openly gay dean not even two years into his five-year term– namely, that his removal from the deanship as of July 1, 2021 was necessary to fulfill the goals of the university’s capital campaign – raised far more questions than it answered,” faculty said in the email.

Debra Katz, an attorney hired by Varona in the wake of his firing, declared Frenk’s statements defamatory, claiming that the letter falsely “alleged lack of leadership.” Katz, who has not returned calls seeking comment, continues to meet with administration.

Martinez and other alumni say they agree with Katz and the Miami law faculty signees on the letter.

“What Frenk has said publicly does not make sense,” said Martinez, who wrote a public op-ed for The Miami Herald demanding more transparency. “It’s a pretext excuse for something else.”