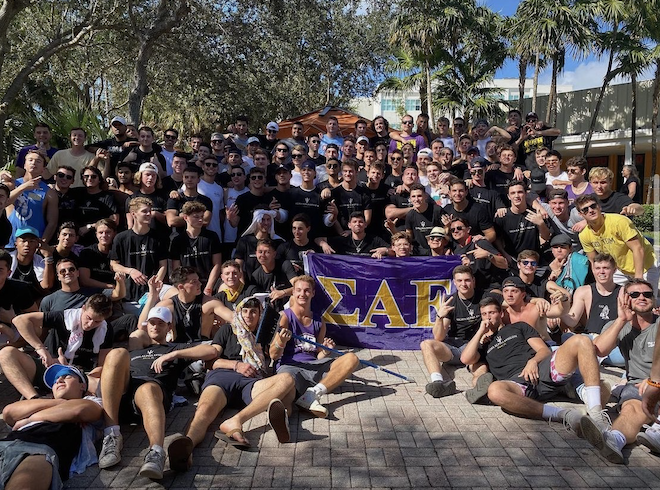 Sigma Alpha Epsilon has been suspended following a lengthy investigation by the Dean of Students Office. This marks the fourth fraternity suspension of the spring semester.

University of Miami lists fraternity standings on the Dean of Students website, but over the past year during COVID-19, the website has only been updated sporadically. Sigma Alpha Epsilon was previously listed under “Cease functions” since at least March 19, indicating an ongoing investigation into policy violations.

The Miami Hurricane inquired about the status of the investigation on April 9. No response was given to The Hurricane, but the Dean of Students website was updated soon after to show that Sigma Alpha Epsilon had been suspended.

The UM Dean of Students office has repeatedly refused to speak with The Hurricane about Greek Life over the past semester.

Senior Associate Dean of Students and founding father of UM’s chapter of Sigma Alpha Epsilon Steven Priepke did not reply to request for comment.

SAE president Marc Chodos did not reply to a request for comment until after publication, at which point he declined.

This comes after suspensions of Sigma Chi, Alpha Epsilon Pi and Beta Theta Pi in March. In addition to this, Phi Delta Theta was put on probation and Sigma Alpha Mu was removed from campus.

Sigma Chi was also suspended in the fall for violating COVID-19 protocols and was brought back this spring in good standing before its second suspension.

Since the start of the fall semester, there have been at least 5 suspensions, 2 probations and one fraternity losing its charter.