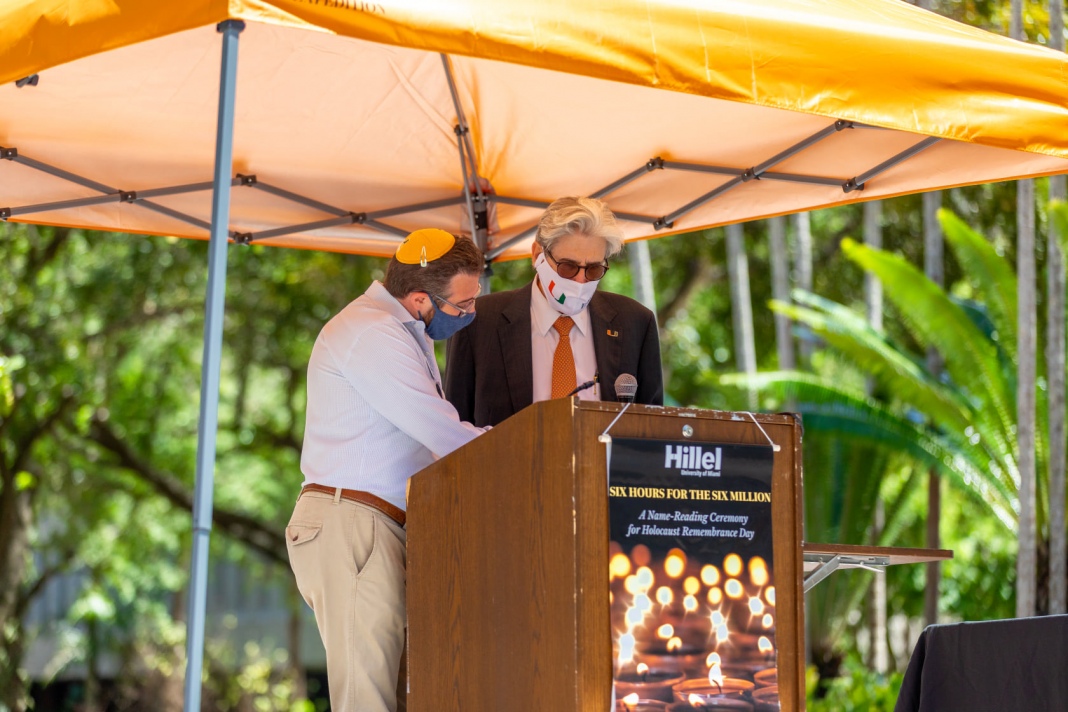 For over six hours Thursday at the Rock Plaza, The University of Miami Hillel honored the six million Jews killed during the Holocaust through remembrance. From 10 a.m. to 4 p.m., volunteers read the names of victims to a crowd of listeners seated below.

“We’re honoring to remember,” said David Weitzman, a springboard innovation fellow at Hillel. “It’s important to remember, if we don’t history can repeat itself.”

Hillel holds the event annually on April 8, Israel’s Holocaust Remembrance Day, also known has Yom HaShoaha, which traces its origins back to the Warsaw ghetto uprising. Like many Jewish holidays, the commemoration begins at sunrise and ends at sundown.

“The hate, racism and bigotry that existed back then, exist today,” said Rabbi Lyle Rothman, Hillel’s Chief Experience Officer. “It’s important to always remember to help so that this will never happen again to any community.”

The names were read by various community members and student volunteers, including UM President Julio Frenk.

The event has a unique importance for Rothman. He is the grandson of a Holocaust survivor and says he takes pride in being a spiritual leader for students on campus. 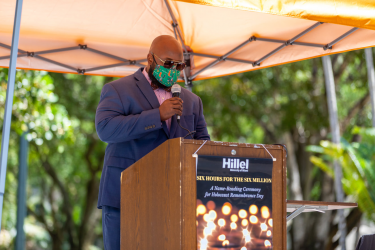 “It’s important to show that hate, anti-Semitism and bigotry will not survive.”