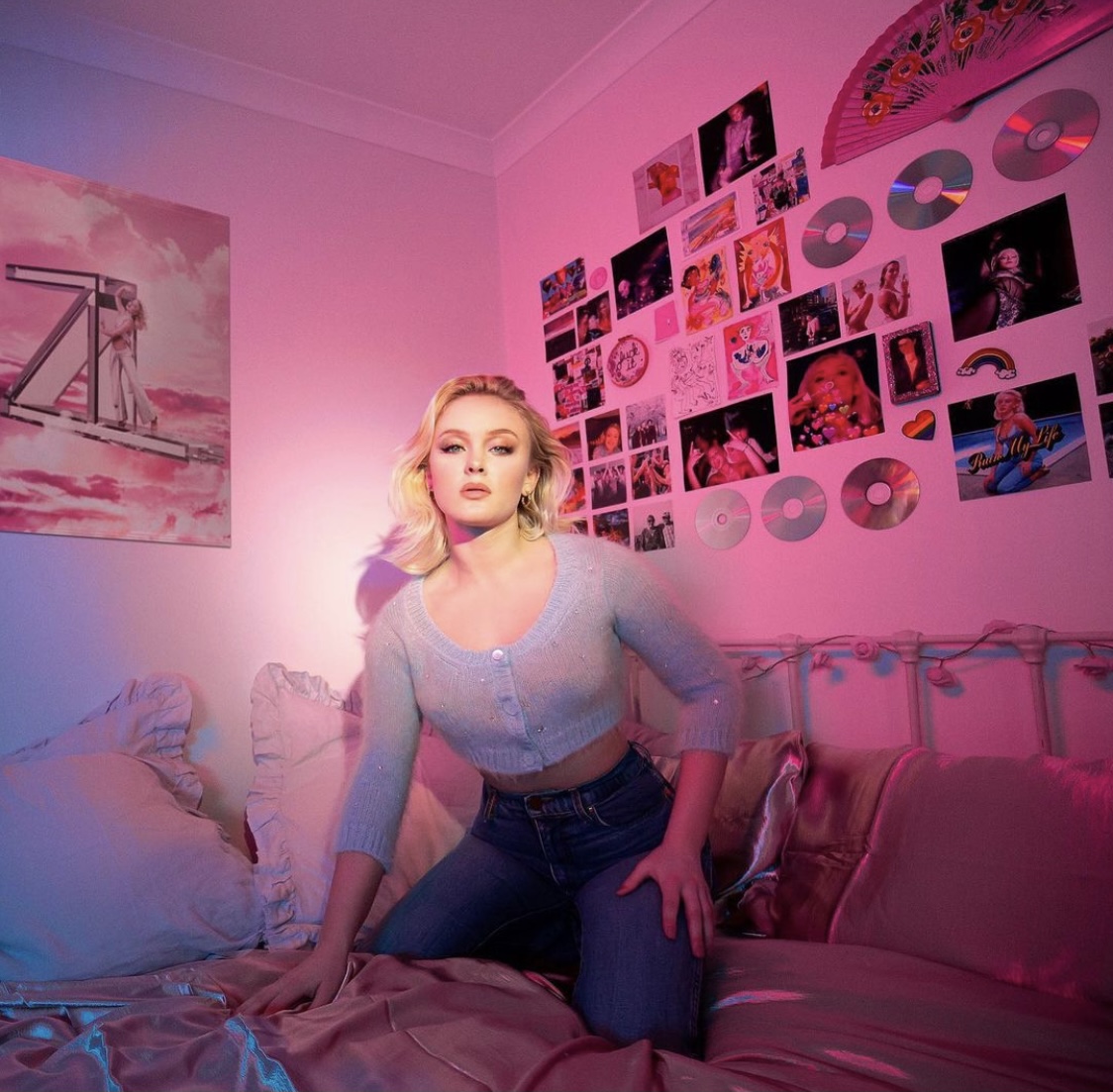 Sweden-born showstopper, Zara Larsson, released her third album “Poster Girl” on Mar. 5. The project not only includes megahit collaborators such as Young Thug, but incorporates timeless Zara Larsson throwbacks such as “Ruin My Life” and “Wow.”

Known worldwide for her electropop identity and feminist voice, Larsson won the 2008 season of Swedish hit talent show “Talang” when she was 10 years old. Her fame grew substantially over the last decade, with songs topping charts in Sweden, the UK, Australia and the United States.

For the past few months, she teased the “Poster Girl” cover and track listing to gain hype for its release. On Mar. 5, Larsson finally let her followers know via Instagram that “Poster Girl” was “OUT EVERYWHERE.”

In true Larsson fashion, it’s nearly impossible to sit still while listening to the rest of the album. Although each song takes us on a new journey with R&B twists and disco turns, they all make the listener get up and move.

Title track “Poster Girl”, shows Larsson singing about focusing on herself and “her own energy” until someone came along and changed her plans. “I’m not the poster girl of feelings but with you I can’t stop,” Larsson admits in the lyrics.

“Right Here” is a synth-pop tune where she expresses her unsuccess at getting the attention of someone who is spending too much time looking at their phone. Relatable.

Larsson’s success can be attributed to the honesty in her lyrics that seamlessly accompanies pop beats that make you want to dance. If you are not listening to Poster Girl while dancing alone in your room, you’re lying.

Not only does Larsson have a wildly impressive voice, but she is also a triple threat. Her music videos for the “Poster Girl” era are cinematic masterpieces where she dances and acts like a professional.

She virtually performed her new album live for fans in colorful costumes, so they can watch on Youtube. Fans can watch her sing and dance to her high energy hits as she brings her on stage performance to your laptop.

“Me and my band are so excited to be back on stage performing,” said Larsson, after virtually performing her hit single “Symphony.”

Lucky for fans, Larsson will be performing “Poster Girl” in London on Aug. 27.

“Come see me LIIIIVEEE (actually live with a real crowd) in London the 27th of August,” she announced on Instagram.