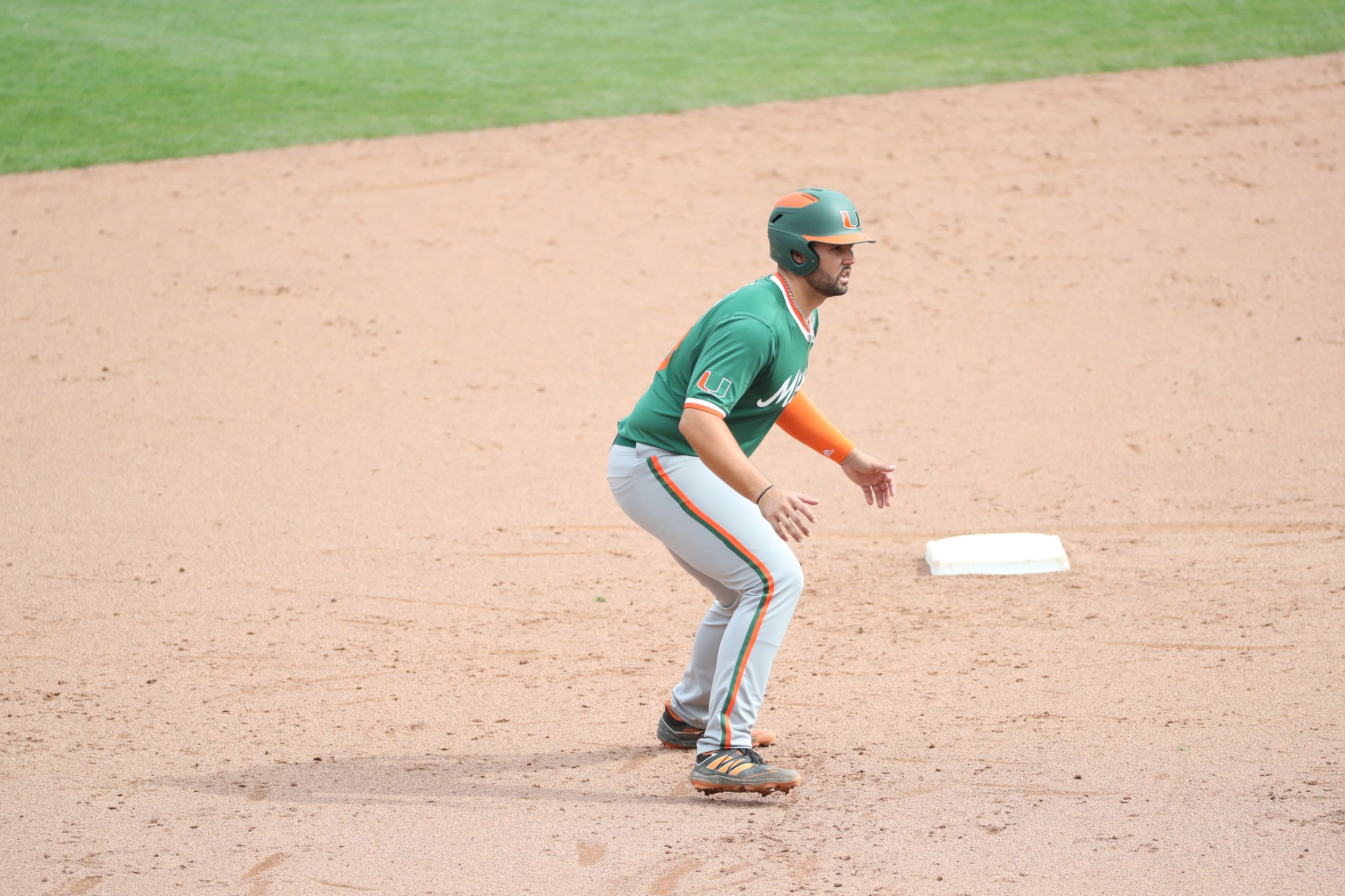 Sitting at 5-6 in ACC competition entering another three-game set, Miami essentially needed this series victory over Virginia to keep its hopes alive for at least a berth in the NCAA Regionals, let alone to have a chance to host for the first time since 2016.

The team, when hitting with an accompanied sense of plate discipline, remains one of the ACC’s better comeback teams thus far in 2021. Such late-game heroics have been witnessed in the later innings at Florida, NC State, and now Virginia, as Miami coach Gino DiMare and company rallied back from multi-run deficits in the opener and rubber game.

Friday brought a 2-0 deficit in the sixth inning, and it had appeared that the Hurricanes were doomed for another shutout loss as similarly experienced in the prior series against Florida State. Rather, it was the hitting that the team at last tapped into.

Right fielder Gabe Rivera’s blasted solo home run for his second of the week got Miami’s five-run sixth inning rally fueled. He and Seton Hall transfer Christian Del Castillo, now playing center field in place of the struggling Tony Jenkins, have reflected Miami’s best when it comes to plate production, with batting averages of .333 or greater.

Rivera, despite seeing little action through the first third of the season, has almost matched his run total from last year’s shortened affair with five on 10 hits.

Jenkins, on the other hand, has remained relatively silent with four hits and a batting average of only .098. Such adjustments in the outfield may remain permanent at this point in the season, with Miami in constant need of offensive production and Del Castillo’s versatility in the outfield.

What remained ineffective, almost predictably, was the team’s hitting. A major lapse was shown when it came to matching one RBI that gave the Canes four innings to potentially mount a comeback.

The performance on the mound that, now almost routinely each week, deserves the most credit goes to none other than freshman closer Carson Palmquist. Having pitched a total of three-and-one-thirds innings over the weekend, the seven-save left-hander struck out the final three batters in the opener and mirrored that dominance on Sunday.

The Canes, while their hitting dominance has remained inconsistent through 20 games, at the least, have their arguable best go-to man on the mound in years — a difference maker from winning more series down the road against a program including North Carolina and Louisville.