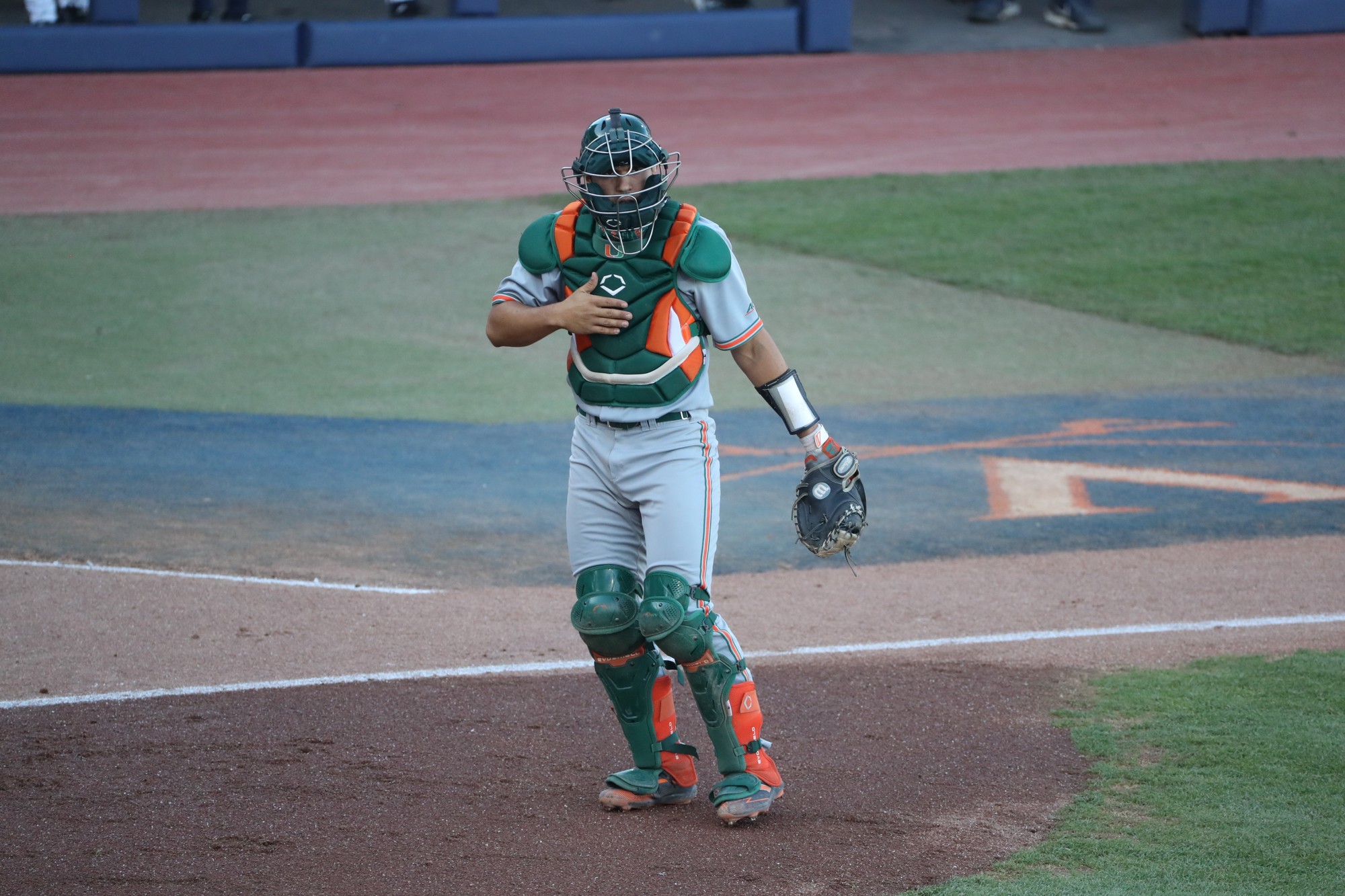 Miami’s hitting was ineffective at Virginia Saturday afternoon as the Hurricanes were unable to clinch the three-game weekend series Saturday at Davenport Field at Disharoon Park, falling 4-0.

A three-RBI triple from the Cavaliers’ Devin Ortiz gave them their four-run lead in the fifth inning, after the first baseman’s scored on the play himself in a throwing error from Jordan Lala.

That was the only scoring of the contest from either side as the Canes were unable to mount any answer to Ortiz’s swing.

Miami has had inconsistencies hitting against lefties throughout the 2021 campaign. This continued Saturday. Southpaw pitcher Andrew Abbot took the mound for Virginia and shined. Through eight innings pitched, he allowed just four hits and no runs. Abbot struck out seven Canes and surrendered just two walks.

Blake Bales finished the contest with a shutout ninth inning for the Cavaliers.

The bats were quiet for too long Saturday for the Canes to give themselves enough of a chance to get back into the game. They batted just .167 on the day and stuck out eight times to go along with just five hits.

No Hurricane had more than a single hit, and none of Miami’s base runners reached on an extra base hit.

Pitcher Victor Mederos was solid for much of his start. The freshman threw four shutout frames before allowing four runs on a single hit in the fifth. His final line included four and 1/3 innings, just one hit but four walks and four total runs. Mederos didn’t log a strikeout in the loss.

Jake Smith and Alex Munroe each came in for relief, pitching 2.2 and 1 innings respectively. While both bullpen arms were effective and allowed no scoring, neither got any needed run support.

Miami’s loss snaps an eight-game winning streak against Virginia taken into the afternoon. Its last loss to UVA before Saturday came in 2017.

Game 3 of the series gets going Sunday at 1 p.m. in Charlottesville. The Hurricanes have yet to announce a starting pitcher for the matchup, while UVA plans to throw junior right-hander Make Vasil.