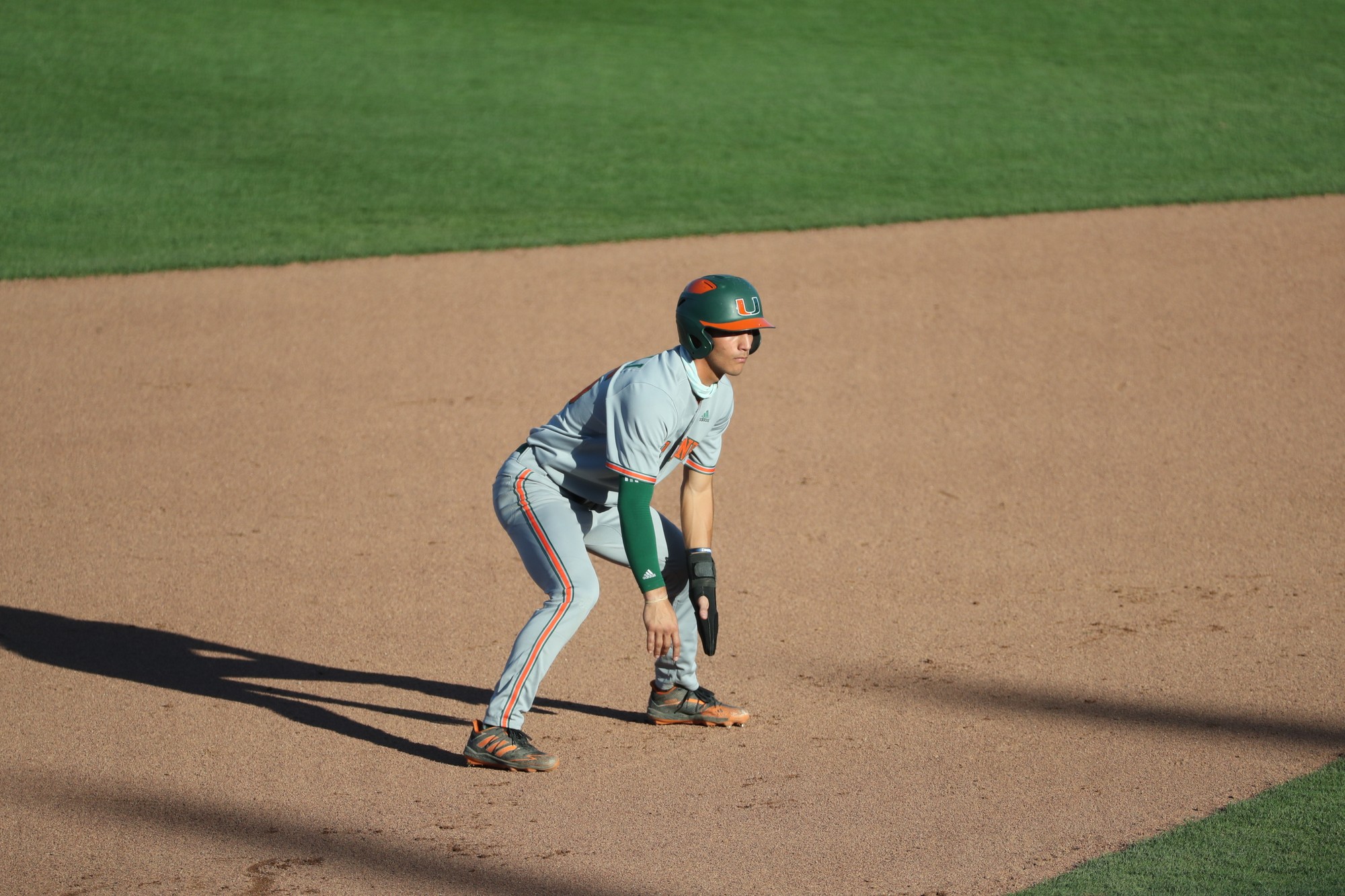 In dire need of a conference victory, the No. 19 ranked Miami Hurricanes trekked up to Charlottesville, Virginia for a battle with the Virginia Cavaliers.

It was the first ACC road series for the team since taking on NC State multiple weeks ago, as Miami (11-7, 6-6 ACC) encountered a war of attrition against a team it had not played in almost two years.

Freshman left-handed closer Carson Palmquist struck out a career-high six batters, including the final three, through two-and-one-third innings, as Miami held off Virginia (9-12, 3-10 ACC) 8-6 in the ninth inning at Davenport Field on Friday.

Trailing by two runs in the top of the sixth inning after leaving the bases loaded in the first, second, and fourth innings, the floodgates opened for the Canes offense, despite going 1-for-6 with three baserunners. Junior right fielder Gabe Rivera blasted a solo home run into left field to slice the Hoos’ lead in half, carrying over his long-ball momentum from Tuesday’s win at Florida Atlantic.

On a full count, Virginia third baseman Zack Gelof rounded the bases on an inside-the-park home run to tie the ball game at three runs apiece in the bottom of the seventh inning. Miami pitching coach was then forced to replace sophomore reliever Anthony Arguelles with Palmquist with two outs.

Similar to what had transpired in their half of the sixth inning, the Canes tacked on three runs in the eighth to regain the lead 8-4. Toral reached on a fielder’s choice to Virginia shortstop Nic Kent, scoring Adrian Del Castillo.

The Canes will seek their third conference series win on Saturday, as Miami and Virginia will take the diamond at 1 p.m. in Charlottesville.