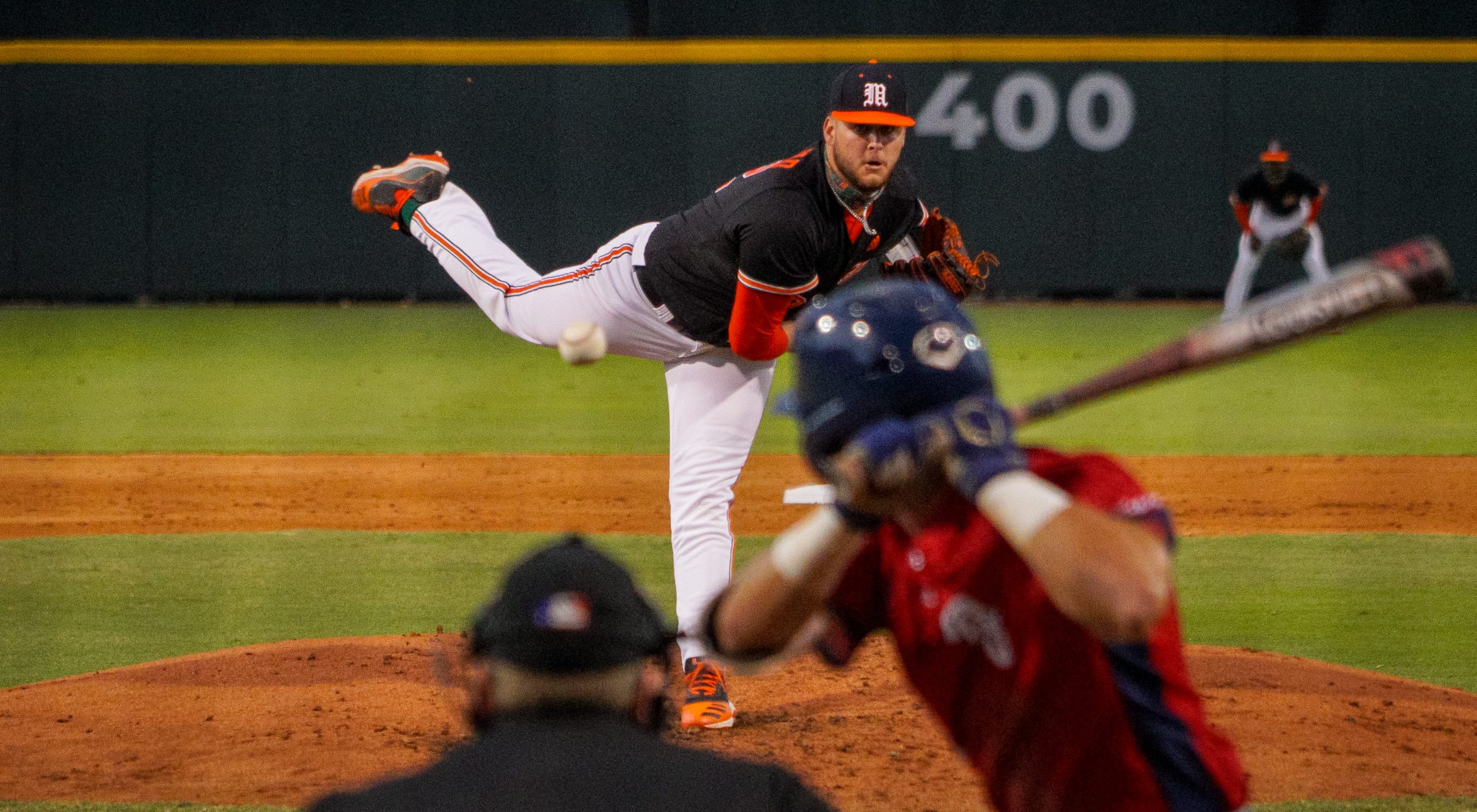 It goes without saying that the Hurricanes were less than pleased with how their recent weekend series against Florida State went. But baseball is so often measured by how quickly shortcomings can be overcome.

Miami answered that bell. Making the hour-long trip to Boca Raton Tuesday evening, No. 19 UM jumped out to a 12-run lead and didn’t look back. Although the Owls did have an answer for the Hurricanes’ early offensive onslaught, the damage was already done, and Miami won 14-9.

Alex Toral hit his second home run of 2021 in the first inning, a grand slam to make it 4-0 early.

Owls starting pitcher TJ Stuart did not get far into the matchup before he exited with an injury after one batter in the second inning. The Canes then put on an offensive clinic in the frame, exploding for eight runs on seven hits, and putting FAU behind the eight ball early.

In five innings pitched, he allowed eight hits, and eight runs, six earned while walking a batter and striking out three. Garland allowed two homers, including a third inning three-run shot to Owls’ catcher Nicholas Toney as the home team cut UM’s lead to 13-6. Still, Garland earned his third win in as many starts in 2021.

Solo home runs however from Anthony Vilar and Gabe Rivera left little doubt in the final result even as FAU added two more runs in the fifth inning.

Freshman reliever Jordan Dubberly finished the game for the Hurricanes and was credited with a save, allowing just a lone run in the ninth while striking out four FAU hitters and allowing just three hits.

The Canes will return to Coral Gables and prepare for their next test, a three-game series against the Virginia Cavaliers in Charlottesville, Va. First pitch Friday is slated for 4 p.m.