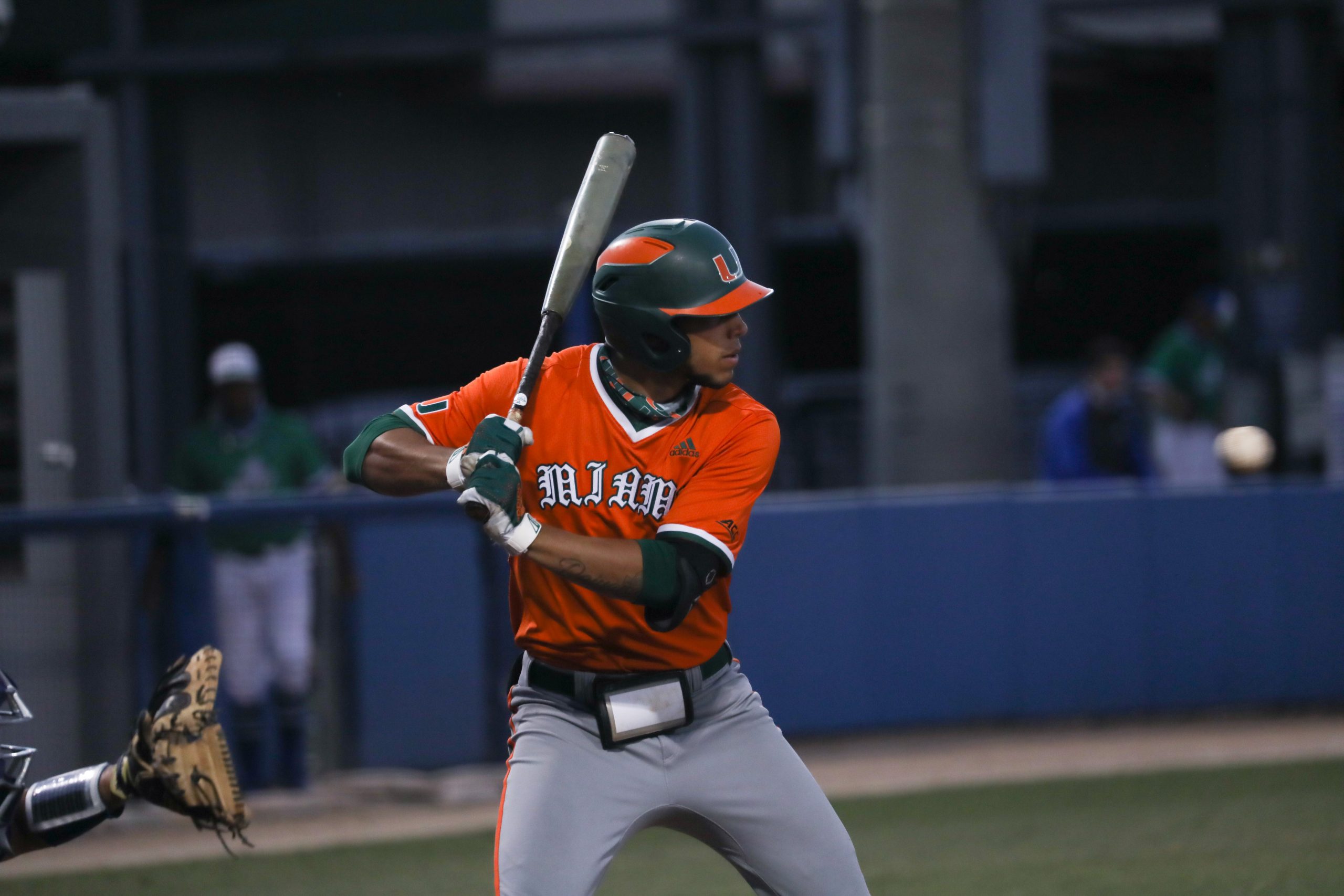 The Miami Hurricanes may be on a six-game win streak, but none of that will be remembered when it’s said and done compared to what lies ahead for the Canes.

That’s because in-state and Atlantic Coast Conference rival Florida State comes to Coral Gables this weekend. When players leave the storied UM program, there’s no doubt they’ll be asked what their career records were against the Seminoles.

“We’ve played them more than any other team in our history,” Miami head coach Gino DiMare said on the history between the two storied sides. “It’s probably over the years the biggest rivalry in [college] baseball.”

“It’s always a huge rivalry series,” infielder Alex Toral said. “We’re just trying to take it as any other game.”

The No. 6 Canes enter Friday’s series-opener with a 9-4 record and a 5-3 ACC mark. Over their past four contests, they’ve scored 10 and a half runs per game, including 15 runs Wednesday at Florida Gulf Coast.

But the ‘Noles (7-6, 4-5 ACC) enter the weekend with momentum on their side as well, having won three of their past four games, including a 10-2 victory over Florida on Tuesday. Since Florida State was shut out at Virginia Tech last Saturday, they have averaged 12 runs per game in their last two contests.

“They’re playing with some confidence,” DiMare said on where Miami’s opponent stands. “They’ve gotten off to a slower start, but they’re a better team than what their record shows.”

Infielder Tyler Martin—son of FSU coach Mike Martin Jr.—leads the Seminoles (minimum three starts) with a .410 batting average. Nobody else in the regular starting lineup has a batting average over .300, but the ‘Noles have displayed plenty of power hitting nonetheless, with 15 total home runs. Catcher Matheu Nelson leads with five homers and a 1.089 OPS, while outfielder Robby Martin has added three.

Miami will depend on its pitching to slow down a resurgent Seminole batting order. Alejandro Rosario—fresh off ACC Pitcher of the Week accolades—will take the mound at 7 p.m. on Friday, looking to continue his record-breaking freshman season. His running mate Victor Mederos will start at the same time Saturday night as one team will be looking to clinch the series a night early.

Daniel Federman, who came into the year as the Friday night starter, will make his Sunday debut this weekend after last week’s series finale was cancelled due to Wake Forest’s COVID-induced lack of pitching depth.

FSU is likely to turn to its same three-man rotation as it has in recent series wins over Virginia and Virginia Tech. This means left-handed pitcher Parker Messick will take the ball Friday night opposite Rosario. The redshirt freshman has a 3.54 earned run average and a 1.08 WHIP.

Messick’s median number of innings through his four starts has been five, although he has thrown as many as eight frames this season in a shutout start two weeks ago at Virginia.

Fellow southpaw and redshirt freshman Bryce Hubbart will start Saturday. Hubbart only made it through four frames in a loss at Virginia Tech a week ago but sports a weekend rotation-best 2.30 ERA and 0.72 WHIP. Redshirt junior and right-hander Conor Grady will take the hill in Game 3 of the series, looking to up his 4.22 ERA.

Last year’s annual series, set to take place in Tallahassee, was cancelled along with most of the 2020 season due to the coronavirus pandemic. Miami took two of three games from FSU when the two sides most recently met in 2019. The rivalry has been very even in recent years, with both sides taking six games apiece from each other in their last 12 matchups since 2016.

Friday and Saturday’s games can both be watched on ACC Network, while Sunday’s matchups will be shown on ACC Network Extra. All three contests can also be streamed on WatchESPN and listened to on 90.5 WVUM.