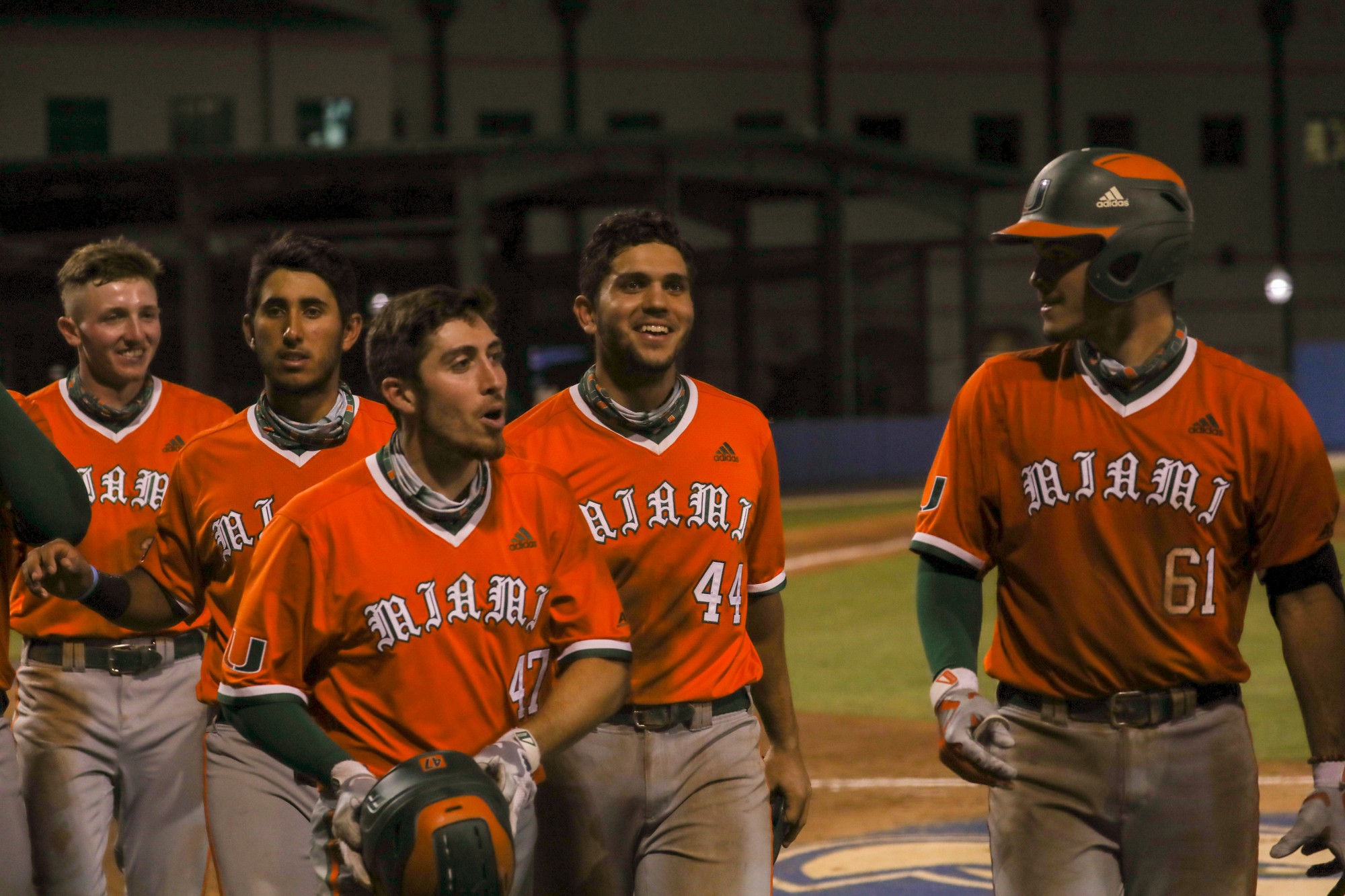 A seven-run fifth inning for the Miami Hurricanes opened the floodgates as they won their sixth consecutive game, lighting up the scoreboard and taking down the Florida Gulf Coast Eagles 15-2 Wednesday night at Swanson Stadium.

Gabe Rivera hit a grand slam to left field to make it 8-0 in the fifth as the sun set over Fort Myers and did any remaining prayer the Eagles had of making noise in the midweek matchup after hanging with Miami through the opening four innings.

Five Hurricanes logged multiple hits Wednesday, led by Rivera with a game-high four runs batted in, and Yohandy Morales and Christian Del Castillo with three each.

Making his second career start, Jake Garland threw a career-high seven frames for the No. 6 Canes, with just one run, five hits and six total baserunners allowed on 78 pitches. Jake Smith entered in relief of Garland in the eighth, giving up an earned run and passing the baton to Andrew Walters in the ninth to close out the blowout victory.

Carter’s relief was even less effective than the fourth-year starter was Wednesday.

The Canes drew first blood when Del Castillo drove in little brother Adrian from third base with a second inning single. Miami’s bats were quiet without a hit in the third and fourth innings before its offensive explosion in the fifth onwards.

Stephen Wilmer got the Eagles on the board with a solo homer in the bottom half of the fifth, but the Hurricanes responded with seven additional unanswered runs in the sixth, seventh and eighth.

Head coach Gino DiMare was able to substitute liberally in the closing innings with plenty of breathing room. Tony Jenkins entered the contest as a pinch hitter after initially not starting Wednesday. Raymond Gil was placed at third base after five matchups out of the starting lineup. Jose Izarra was inserted at second, Adam Frank subbed in at right field, Jacoby Long was placed in left field, Jared Thomas took over at catcher and CJ Kayfus filled in at first.

The Hurricanes return home for a marquee three-game home series this weekend against the Florida State Seminoles. First pitch at Mark Light Field is Friday, March 19 at 7 p.m.