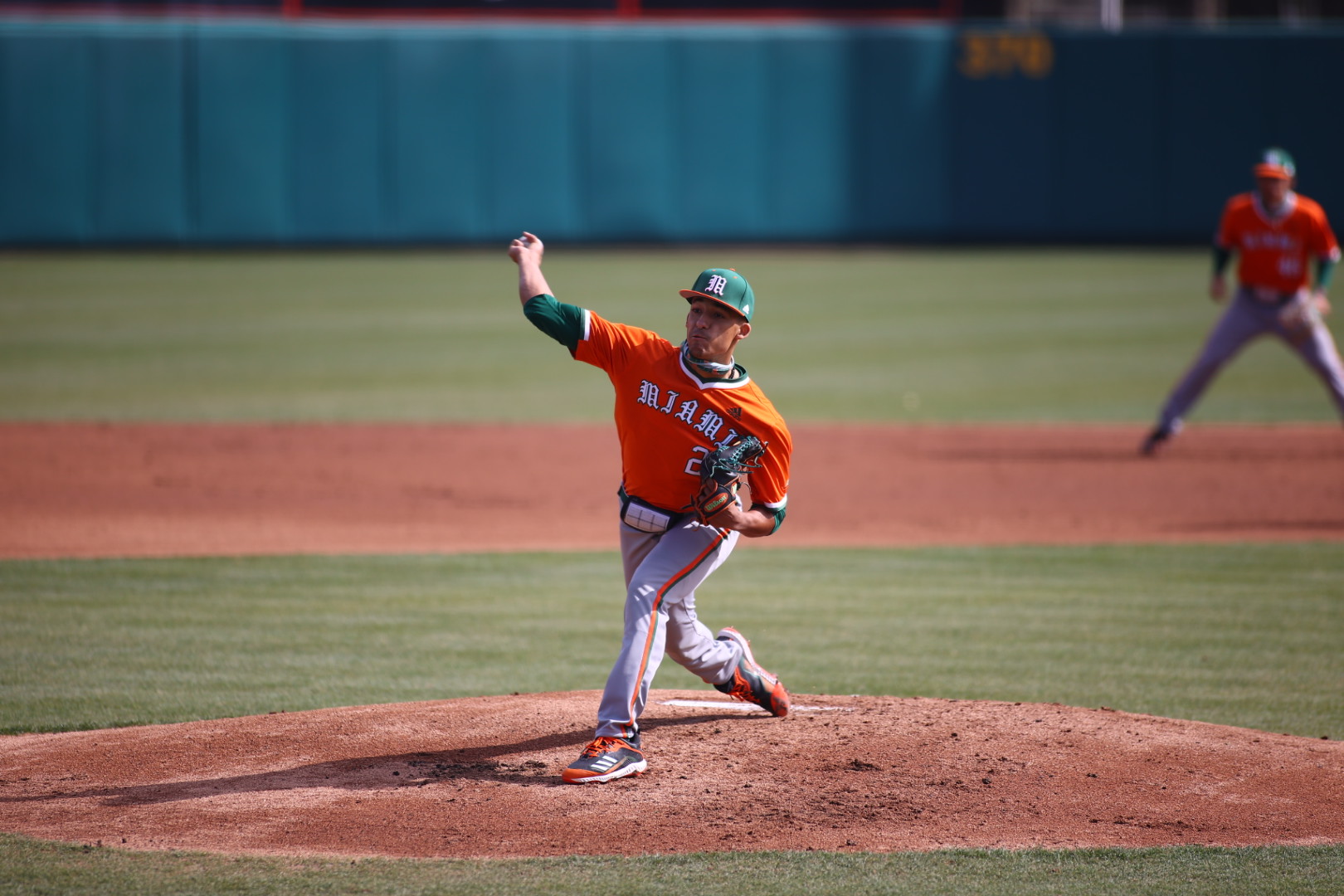 Losing the weekend opener for a second-straight week, the Miami Hurricanes baseball team sought to even its second Atlantic Coast Conference series in as many tries on the season.

Kayfus homered to left center field on the first pitch of his fourth at-bat, his only hit of the afternoon. The Wellington, Fla. native had scored just one run entering the series and added an insurance run for a Canes ball club that had not beaten the Wolfpack in four games.

Freshman starting pitcher Alejandro Rosario entered the contest with one win under his belt and a 1.64 ERA through 11 total innings of work. Yet the Miami native struggled in the first inning, allowing a two-run blast to center fielder Tyler McDonough, a former All-Freshman ACC honoree, to tie the game at two.

Rosario, however, settled in by the second inning and struck out five Wolfpack hitters through the same number of innings, despite three earned runs.

Despite being initially caught stealing at second base in the fourth inning, NC State right fielder Devonte Brown was called safe. The inning ended on a groundout of second baseman J.T. Jarrett’s a play later, nonetheless.

McDonough continued to produce for the Wolfpack in the fifth frame, hitting a two-out RBI single to right field, scoring third baseman Vojtech Mensik to slice Miami’s lead to 4-3.

Smith allowed a two-out RBI double to Jarrett, who finished only 1-for-4 as Butler scored, tying the game at four runs each. Right-hander Anthony Arguelles, despite owning an ERA of 5.4 before Saturday, replaced the native of Chapel Hill, N.C. in the seventh inning, though retired just three batters.

Prepared to take the diamond for a chance to win its first conference series of the year, Miami sends right-handed starter Victor Mederos to the mound with a 4.35 ERA. The freshman of Miami pitched a career-high five-and-two-thirds innings on Sunday in the loss to Virginia Tech, relinquishing four runs. Miami and NC State will square off at 2 p.m. on Sunday.