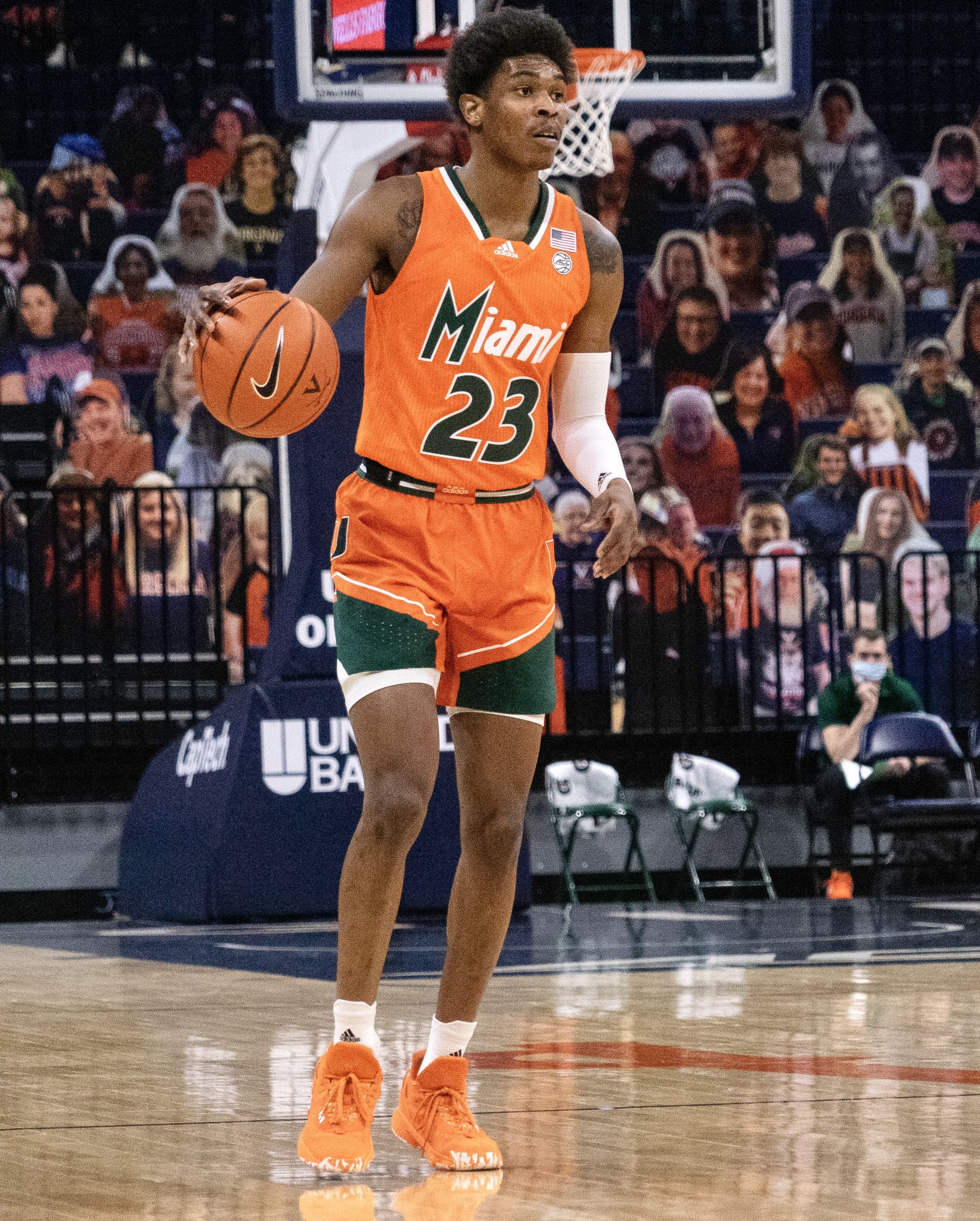 With only one day of rest between games, the Canes headed to Charlottesville, Virginia looking to be the second team to upset the No. 21 University of Virginia Cavaliers at home. The Canes fought strong in the first half, but mistakes cost the team the game at the John Paul Jones Arena as they fell 62-51 to the Cavaliers.

“We played 35 good minutes,” Miami head coach Jim Larrañaga said. “The last four to five minutes of the first half killed us.”

Miami started off the first six minutes of the half competitive, leading 11-10 going into the first media timeout. However, the Cavaliers (16-6, 12-4 ACC) soon found their momentum and took control, capitalizing off of Miami turnovers. The Canes (7-16, 3-15 ACC) had seven turnovers in the first half and gave up 11 points, sinking the team into an 11-point deficit.

Coming out the locker room, the Canes still struggled to avoid mistakes.

With multiple players out for the season the team has struggled to find depth in what’s left of its bench. Miami had five players who recorded 35 minutes or more and scored only two points from the bench compared to Virginia’s 20. Despite this, Miami continues to fight in every game.

“The energy on the team has been very positive,” Larrañaga said. “We don’t have many bodies, so those five starters have to play a ton of minutes. We tried to call timeouts to give them some rest.”

While the team had three players finish the night with double-digit performances, it wasn’t enough to shock the Cavaliers at home, who were coming off a three-game losing streak.

“There’s a lot of skills you’ve got to bring to the game,” Larrañaga said. “The three basic offensive skills are passing, catching and shooting. We just don’t do those three things as a team at a high enough level.”

Virginia entered the night as the second ranked team in the ACC, only behind Florida State. The team will continue to chase the championship title at Louisville on March 6. Meanwhile, the Canes look to wrap up their regular season in one last game at the Watsco Center where they will host Boston College on March 5.